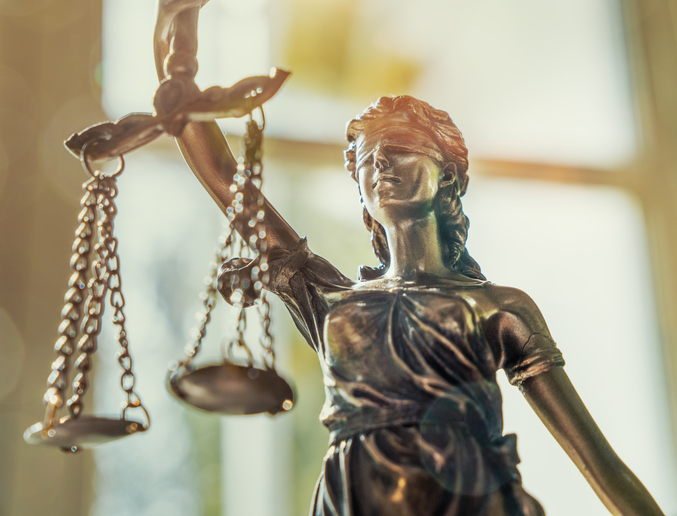 “Sitting in the Seat of Judgement”
From The Crown of Individuality, 1909
By William George Jordan

Character is not a simple, uniform product. It cannot be judged as dress goods—by a yard or so of sample unrolled from a bolt on the counter. It is complex, confused, uncertain, changing, subject to moods that contradict our conclusions. While knowing all this we dare to construct the whole life and character of one we may have never even met. We build it from a few hints, slurs, idle comments, or the vague rumors or absolute lies of newspaper reports—as scientists reconstruct an unknown prehistoric animal from a few bones. One judges a painting by the full view of the whole canvas; separate isolated square inches of color are meaningless. Yet we dare to judge our fellow man by single acts and words, misleading glimpses, and deceptive moments of special strain. From these we magnify a mood into a character and an episode into a life.

There is entirely too much human judging, too much flippant criticism of the acts of others. Suspicion is permitted to displace evidence, cheap shrewdness to banish charity, prejudice to masquerade as judgment. We imagine, we guess, we speculate—then pass on through the medium of indiscreet speech and idle gossip what may bring bitterness, sorrow, heartache, and injustice to others. The very ones we condemn may be battling nobly under a hail of trial and temptation where we might fall faint in the trenches or, lowering our colors, drop back in hopeless surrender.

We have a right to our preferences, our likes and dislikes, our impressions, our opinions, but we should withhold final judgment—as an honest unprejudiced juryman keeps his verdict in suspense until he has heard and tested all of the evidence. We have no right to let prejudice tyrannize over judgment and kill—the justice of the soul. We may see an act but have no luminous revelation of the motive behind it.

We idly condemn the gaiety of some man who has suffered a terrible loss, and term him heartless. Perhaps he laughs only to keep back tears that would gush like a torrent from his heart were he less brave. We criticize the parsimony of some one when it really means consecrated generosity to some one else. Over-generous forgiving may seem weakness—when it is the “ninety times nine” of a great nature. Love at its height may seem indifference. What appears conceit may be only some one’s attempt to recover a lost self-confidence he hungers to regain.

Some one’s fretfulness, or occasional outbursts of temper, may be but sparks of protest from the hidden fires of a sad life-story or some bravely borne illness unknown but to a chosen few. Meanness may in reality be poverty too proud to confess itself. We hear one side of many a story and judge by that alone. We judge often along the line of our least mental resistance. Ignorantly we condemn a man for vanity because we would be vain had we accomplished his work. There is wide difference between putting yourself in another’s place and putting him in yours. The one is an attempt at wisdom; the other a speculation in prejudice. We misinterpret motives, do not know facts, and judge from wrong standards.

In the individual life we realize that there are times when everything we do or say misrepresents us. We mean kindness but somehow the words sound cross, cruel, or misleading. Without intending it we hurt those who are dearest; we regret it, know the sad effect we are creating, yet we blunder on into deeper pitfalls. We may be even too falsely proud to explain. We are all out of key. We are tobogganing down the incline of a mood. We may not understand ourselves and in a spirit of heart-hunger may long for some one sweetly and gently to comprehend us, to see us truly, despite—ourselves and our acts.

Knowing this labyrinthic quality in us and even in human nature at its best, let us throw the golden mantle of love and kindness and justice over every thought of condemnation. How can we judge others harshly when we do not know ourselves and while we suffer so much from the misjudging from others? Let us live in the open sunlight of love, shutting our eyes in charity from adverse judging—just forgetting much, forgiving much.

Let us sweetly, sincerely, sympathetically seek in the best side of some one we know—his real, fine, true self. Let us think of the fine flowers and ignore the weeds as temporary invaders. This may prove an inspiration to some one near and dear to us to live up to our ideal of him, to be worthy of the higher levels to which our faith has raised him.

Sometimes situations arise between friends that demand rapid judgment and action. Then should we check off the items carefully, considering truly both sides of the ledger of our experience. Before pronouncing sentence let us see if in our heart of hearts we honestly believe our verdict fair, just, and true. Let us be assured it is justice—not prejudice, pique, temper, disappointment, distorted gossip, or aught else that is eclipsing the justice of our judgment. Our injustice, if such there be, may change bitterly the life of both.

One of the hardest lessons of life is to learn not to judge. Perhaps ninety percent, of the adverse criticism, comment, and judging of humanity is unnecessary and serves no useful purpose. It is not our business. It is simply our mere impertinent meddling in the affairs of others, without even a hope of being helpful or useful. It is often what we would most quickly resent—were the situations reversed.

There are times in every life when we must judge, when we should judge, and when it is vitally important that we should judge wisely and justly. There are those closely associated with us in love, friendship, or business—where it may be important for us to understand their words, their acts, their motives, and their emotions in so far as they affect ours. The very attitude of not judging until it becomes necessary gives ever dignity, calmness, poise, and fineness to these enforced judgments. The judgment that has been dulled by constant misuse, like a razor that has been used to sharpen pencils, is of little value in real need.

The wisest judgment means the best head cooperating with the best heart. It is kind, honest, charitable—seeking truth, not the verifying of a prejudice. It says ever, in prefacing its conclusions on the evidence: “As it seems to me,” “If I understand it aright,” “So far as I have been able to reason it,” “Unless I am mistaken,” or similar phrases. These represent the suspended judgment—with no tone of absolute finality. They show a willingness to modify the verdict, to soften the sentence, or to order a new trial if new evidence, new illumination, or new interpretation can be produced.