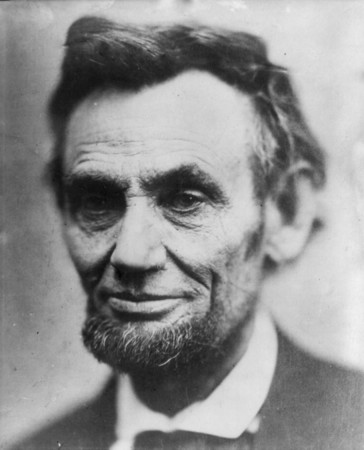 From Lincoln’s Yarns and Stories, 1900

The President was bothered to death by those persons who boisterously demanded that the War be pushed vigorously; also, those who shouted their advice and opinions into his weary ears, but who never suggested anything practical. These fellows were not in the army, nor did they ever take any interest, in a personal way, in military matters, except when engaged in dodging drafts.

“That reminds me,” remarked Mr. Lincoln one day, “of a farmer who lost his way on the Western frontier. Night came on, and the embarrassments of his position were increased by a furious tempest which suddenly burst upon him. To add to his discomfort, his horse had given out, leaving him exposed to all the dangers of the pitiless storm.

“The peals of thunder were terrific, the frequent flashes of lightning affording the only guide on the road as he resolutely trudged onward, leading his jaded steed. The earth seemed fairly to tremble beneath him in the war of elements. One bolt threw him suddenly upon his knees.

“Our traveler was not a prayerful man, but finding himself involuntarily brought to an attitude of devotion, he addressed himself to the Throne of Grace in the following prayer for his deliverance:

“‘O God! hear my prayer this time, for Thou knowest it is not often that I call upon Thee. And, O Lord! if it is all the same to Thee, give us a little more light and a little less noise.’

“I wish,” the President said, sadly, “there was a stronger disposition manifested on the part of our civilian warriors to unite in suppressing the rebellion, and a little less noise as to how and by whom the chief executive office shall be administered.”

A maxim that applies far beyond politics…