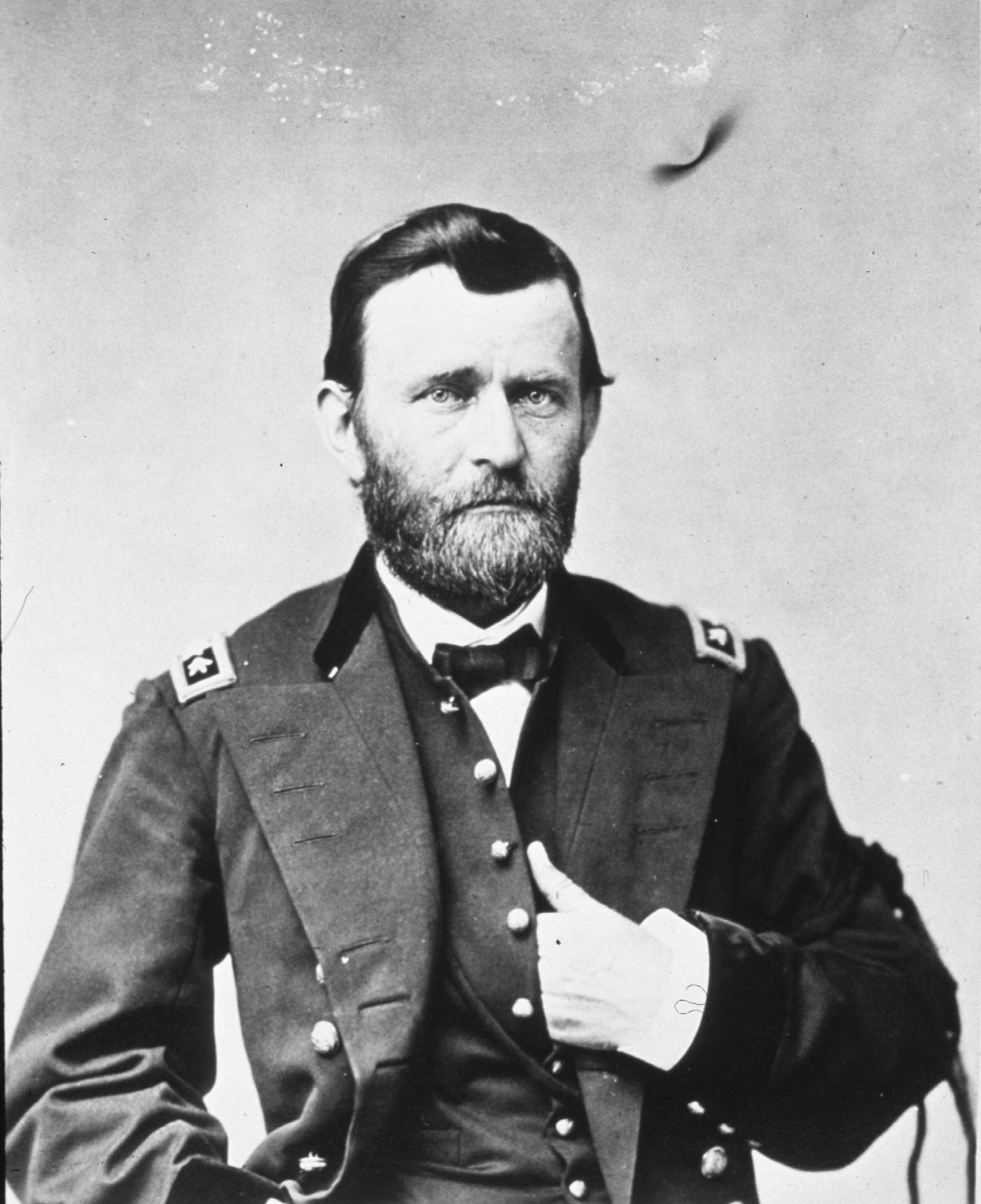 Editor’s note: After the Battle of Bull Run, Ulysses S. Grant was appointed colonel of a regiment of infantry. In this excerpt from his personal memoirs, he reveals the anxiety he felt as he led his men in their first serious expedition in Missouri and approached a group of Confederate irregulars led by a colonel named Harris.

As we approached the brow of the hill from which it was expected we could see Harris’s camp, and possibly find his men ready formed to meet us, my heart kept getting higher and higher until it felt to me as though it was in my throat. I would have given anything then to have been back in Illinois, but I had not the moral courage to halt and consider what to do; I kept right on.

When we reached a point from which the valley below was in full view, I halted. The place where Harris had been encamped a few days before was still there and the marks of a recent encampment were plainly visible, but the troops were gone. My heart resumed its place. It occurred to me at once that Harris had been as much afraid of me as I had been of him. This was a view of the question I had never taken before, but it was one I never forgot afterwards. From that event to the close of the war I never experienced trepidation upon confronting an enemy, though I always felt more or less anxiety. I never forgot that he had as much reason to fear my forces as I had his.

The lesson was valuable.