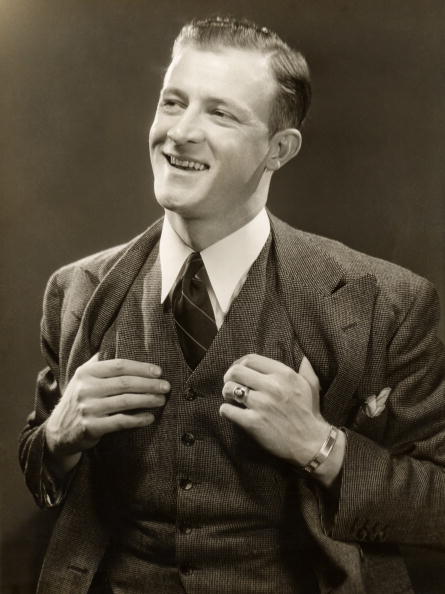 Awhile back, I was taking a tour of a cave in Missouri. As our trolley rolled through the cavern, I was surprised to see people taking pictures….of the walls of the cave. Not pictures of the cavern or some spectacular formation of stalagmites, just pictures of the wall. Rock. I found this rather bewildering and couldn’t imagine these folks looking back in a few years at these dimly lit pictures or sharing them with their unfortunate friends.

This is perhaps an extreme example, but it’s also something I see whenever I go on vacation. There are people who seemingly cannot walk a few feet without stopping to take a picture. You’re seeing this phenomenon at music concerts, too. Instead of holding up a lighter, people hold up their digital cameras to snap a photo.

I’ve never been much of a picture person myself. To me the payoff-the documentation of a moment in time-is not worth the interruption of the moment itself. I want to soak the whole experience into my brain as it happens, letting it flow and taking it in through both my eyes instead of through the lens of a camera.

Of course I understand the desire to capture memories and recognize that for a photography buff, taking the picture is the experience. And how many pictures you like to take isn’t a big deal or test of your manliness. Rather, I mention my feelings about picture taking simply because it relates to my philosophy toward life itself. My goal is to be as fully present in every moment of my life as possible. And I humbly submit that this goal is one that every man should strive for.

Being fully present in all aspects of our lives-emotional, physical, and mental-is a manful way to live. It involves the self-control necessary to focus and engage body and soul with the world, while avoiding being distracted from what really matters. And it requires the bravery to face the world head on-to open oneself up to both unmitigated pain and undiluted joy. The easier path is to pursue every shiny thing that crosses our way or to numb ourselves and sleepwalk through life. But the easy path is not the path of true manliness. Isn’t it about time you started showing up for your life?

As men we can have a difficult relationship with our feelings. From a young age we’re often taught to buck up, that being manly means being stoic. Then when we are older and experience emotion, we don’t recognize it, don’t know what to do with it, don’t know how to channel it in a healthy direction. Being fully present emotionally means being able to recognize and honor your feelings, being able to experience them fully without getting uncomfortable, and then directing the energy from your emotions into constructive action.

Many problems men face personally stem from not being emotionally present. Take the Nice Guy. We’ve talked about him before. He’s the guy that everyone steps on. He’s constantly seeking the approval of others and never puts himself first. Consequently, he ends up dejected and bitter. Part of the Nice Guy’s problem is his discomfort with his own anger. He’s afraid of it. He can never say “I’m angry.” The Nice Guy doesn’t know how to be fully present in his anger when he’s taken advantage of, so he does whatever he can to bury and suppress his resentment. This only leads to depression, passive-aggressive behavior, or an eventual emotional blow-up, none of which are very constructive ways to navigate life.

The second part of being emotionally present in a relationship entails being comfortable and present in your woman’s emotions. Women want men to be the rock in a relationship. They want to know that they can unload anything on their man- anger, frustration, or sadness- without him getting uncomfortable or upset himself. Instead of reacting, women want their man to remain steadfast while empathizing with and anchoring them during their difficult time.

“I can’t be around people who numb their senses. Everybody’s allowed as far as I’m concerned to take their own like or numb themselves to oblivion, but I could care less. I have no sympathy for anybody who has the — lives in America, especially, and who decides, You know what, I’m going to numb myself. Drugs, alcohol, cigarettes … So I’m happy to be alive every single day. And I want my senses working 24 hours a day. And if you were in my room and we were going to have a liaison, and you were high, you’d be out on your butt before you could spell your last name. Because if you don’t want to experience me with all the senses God gave you, you don’t deserve to be with me.”

The above quote is from rock star and self-proclaimed “Epicurean Hedonist” Gene Simmons (from his infamous interview with NPR’s Terry Gross). Simmons said he’s never been high or drunk, not for religious reasons, but simply because he wants to be physically present in all the moments of his life.

“I would fain keep sober always…who does not prefer to be intoxicated by the air he breathes?” -Henry David Thoreau

Our physical bodies are our conduits for experiencing the world; we take it all in through our magnificent senses. Unfortunately, we often numb ourselves to these sensory experiences. At social events, we miss out on the pleasures of company and conversation because we’re too busy getting tanked. While eating, we keep ourselves from savoring the textures and flavors of food because we’re wolfing down our meals on the go or in front of the television. In the bedroom, we’re so focused on getting to the payoff that we don’t stop to fully immerse ourselves in the enjoyment of our partner’s body and the beauty of intimacy.

Just as we can numb ourselves from a connection with the world, we can also lose touch with our sense of being an embodied self. What I mean by this is that our minds lose touch with our bodies, with an awareness of our surroundings and of being a physical entity moving through space. We can go the whole day without any real need for physical exertion, any reminder of the house in which our minds are working. And the result is that the brains of many men are lodged in what might as well be dead weight they happen to be carrying around.

Have you ever been cruising through a book, only to realize that you don’t remember anything from the last five pages you read? Have you ever conversed with a friend only to have them call you out on the fact that you weren’t really listening at all? A lack of mental focus is the reason you’ve got a dozen half-finished projects lying around the house. Dabbling in many things is easy; focusing on one is difficult.  But great men of history knew that one of the keys of success was the power of concentration and the ability to hone in on a singular aim and see it through to completion.

Your wandering mind not only keeps you from achieving greatness, it also makes you less happy as well. Psychologists at Harvard University recently conducted a study on the relationship between our activities and our happiness. Using an iphone app called trackyourhappiness, they randomly checked in with the study participants from time to time, asking them what they were doing, thinking, and feeling at that moment. Not so surprisingly, they found that people were happiest during sex and exercise (activities in which we are fully present in our physical bodies!), while those engaged in commuting, working, and grooming felt the least chipper. But what was really interesting was the finding that not only were 47% of people daydreaming at any given time, but that the more a person’s mind wandered, the less happy they were. Focusing on the activity at hand increased a persons happiness. Of course some daydreaming is quite healthy for our minds and our creativity. But there is something to be said for giving yourself over to something-mind, body, and soul.

In our time, technology is unarguably the greatest challenge to being fully present in our lives. It affects each of the areas we just discussed. Socializing online can stunt our real world emotional growth and our ability to empathize with others. It’s harder to get outside and experience our physical bodies when there’s a 3-D flat screen television to watch and Black Ops to play. And it’s difficult to focus on writing the Great American Novel when you’re checking your email ten times an hour.

Technology can also greatly impact our ability to be fully present in social situations. When I see a man looking at his phone while his woman is trying to talk to him, I want to smack the chump upside the head. Everywhere you go, you see people staring at their phones, nominally present in social situations but really focused on these screens. They talk on the phone while surfing the web, text one friend while conversing with another, keep the television on while eating dinner with the family. The lure of the glowing screen can keep us from really listening to and experiencing each other, can prevent us from being completely present with the people in our lives.

What I personally find most fascinating is the way “social media” can affect our ability to be fully present in the moment by encouraging us to frame our lives for consumption by others. Online communities like Facebook provide new opportunities for connecting with friends and family. But it is a different form of communication. Instead of revealing ourselves to others in real time, we can very selectively pick and choose the version of ourselves we wish to show the world. Our pictures and tweets, our updates and avatars, are chosen not simply to express our personalities, but to create an image of how we want others to see us. But crafting this image can start interfering with our real self. In a column entitled, “I Tweet, Therefore I Am,” Peggy Orenstein explored this new phenomenon:

“The expansion of our digital universe… has shifted not only how we spend our time but also how we construct identity. For her coming book, ‘Alone Together,’ Sherry Turkle, a professor at M.I.T. interviewed more than 400 children and parents about their use of social media and cellphones. Among young people especially she found that the self was increasingly becoming externally manufactured rather than internally developed: a series of profiles to be sculpted and refined in response to public opinion. ‘On Twitter and Facebook you’re trying to express something real about who you are,’ she explained. ‘But because you’re also creating something for others’ consumption, you find yourself imagining and playing to your audience more and more. So those moments in which you’re supposed to be showing your true self become a performance.’”

With the over-consumption of social media, you may find yourself already framing how you’ll share an experience with others, while you’re still having the experience. If you’re already thinking, “Wait until my friends see this!” you’ve left the realm of being present in the moment.

Listen to our podcast on digital minimalism: