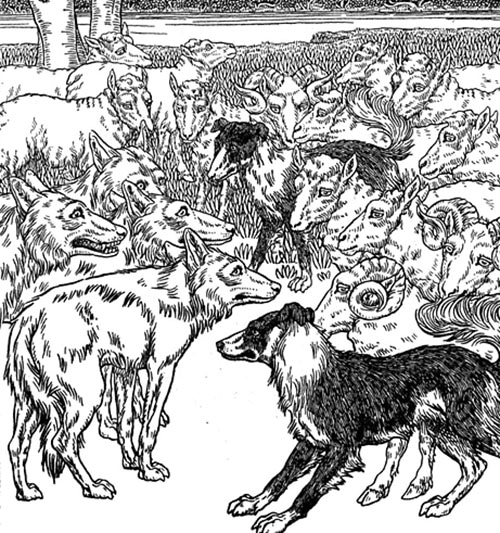 Last December, 58-year-old Ki Suk Han was pushed onto the subway tracks in New York City. Even though 60-90 seconds passed before an oncoming train hit the man, a group of up to eighteen bystanders simply stood on the platform and looked on as the train approached and ran him over. One, a freelance photographer for a New York newspaper, even had time to snap a photo of Han’s last moments.

Six months earlier, 49-year-old Patricia Villa was grabbed and thrown onto the same NYC tracks as Mr. Han. One of her classmates, Luis Polanco, chased down the attacker, punched him, and then, hearing others yell for someone to save her and that a train was coming, turned and joined a group who pulled her off the tracks.

Two nearly identical situations. In the first, bystanders look on and do nothing as a man is killed. In the second, they step in to save a life. Why do some men freeze up and react passively in a crisis, while others take action? Why do some run away from danger and others run toward it?

Why are some men sheep and other men sheepdogs?

And which one are you?

Last year I took a handgun class at the U.S. Shooting Academy here in Tulsa. During one of our breaks, our burly, mustached instructor shared an insight from retired Army Lt. Col. and author Dave Grossman that’s given me a lot of food for thought this past year.

According to Grossman, the human population can be divided into three groups: sheep, wolves, and sheepdogs. 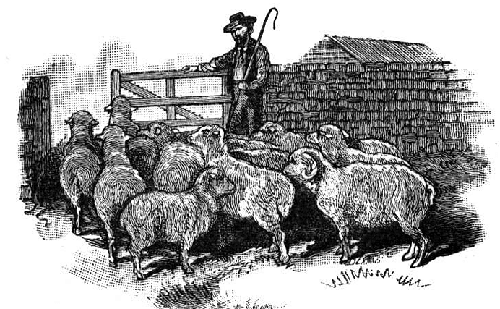 Most people are sheep. Grossman isn’t using the term pejoratively, he’s simply referring to the fact that most human beings are kind, gentle, and peaceful. The conflicts and ethical dilemmas they’re regularly faced with rarely rise to the level of life and death, good versus evil. For the most part people deal with challenges that are more annoyances than true crises. And when faced with conflict, they generally try to do the right thing, avoid making waves, and demonstrate pro-social behavior.

While most people are kind and good, they simply don’t know how to deal with evil and dangerous people because for the most part they don’t encounter and interact with evil and dangerous people in their day-to-day lives. Like sheep, they largely move about with those who are like them and do as others do. They are content to subsist in a predictable and routine sphere. As they live and graze, they cannot envision anything disrupting their peace or routine, and imagine that each day will proceed like the last. And just like sheep, most people depend on somebody else to protect and take care of them and keep this relatively placid world around them going smoothly, be it the police, military, or some administrative agency. 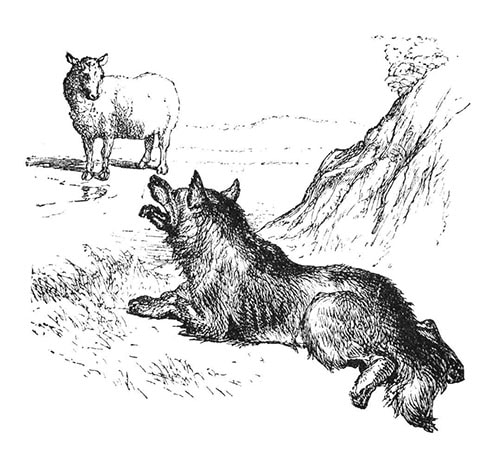 Wolves are bad guys. They exist in the shadows outside the porous perimeter of safety that surrounds the sheep. Wolves are the sociopaths who commit violent crimes or ignore moral or ethical boundaries with impunity. They take advantage of the sheep’s tendency to be inexperienced with evil, unprepared for attack, and caught flat-footed when a crisis arises. This allows these evil men to, as Grossman puts it, “feed on the [sheep] without mercy.”

According to Grossman, a minutely small percentage of the population can be described as true “wolves.” He puts the number at around 1%. 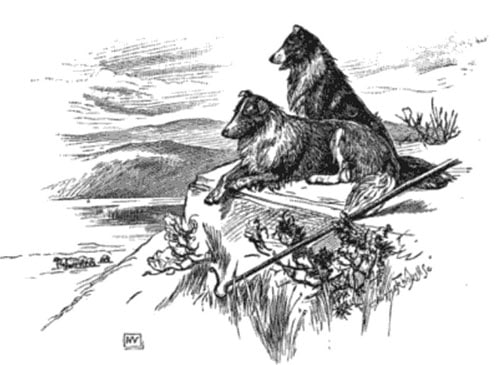 Sheepdogs are society’s protectors. Grossman himself doesn’t flesh this out (or the other categories) all that deeply, but in reading up on the role of “livestock guardian dogs,” I found an uncannily good description of human sheepdogs.

While both herding dogs and livestock guardian dogs (LGDs) are known as sheepdogs, their roles are quite different. The former bark at, nip, and stare down animals to keep them together and moving in a certain way. Livestock guardian dogs, on the other hand, live with their flock of animals full-time, allowing them to blend in and watch for intruders within the herd. LGDs are placed in the flock as puppies so that they “imprint” on the animals they will be tasked with caring for and protecting. Strongly bonded to them, the LGD will perceive other species as predators and protect those it knows from these potentially hostile outsiders.

Large and protective, the mere presence of a LGD in a herd can deter would-be predators, and those that dare to venture closer often turn tail when the dog simply demonstrates its aggression through barking and intimidation. According to Wikipedia: “LGDs seldom kill predators; instead, their aggressive behaviors tend to condition predators to seek unguarded (thus, non-farm animal) prey. For instance, in Italy’s Gran Sasso National Park, where LGDs and wolves have coexisted for centuries, older, more experienced wolves seem to ‘know’ the LGDs and leave their flocks alone.”

If a predator is not dissuaded by the presence of a LGD, it is ready and willing to attack and fight the predator to the death. And the LGD does not simply wait for a predator to attempt to infiltrate the flock – it also actively patrols its territory, seeking out predators and even luring them in to hunt them. Yet despite their fierceness, LGDs make loyal, gentle companions, and are especially protective of children.

According to Wikipedia, “The three qualities most sought after in LGDs are trustworthiness, attentiveness, and protectiveness—trustworthy in that they do not roam off and are not aggressive with the livestock, attentive in that they are situationally aware of threats by predators, and protective in that they will attempt to drive off predators.” What’s really interesting is the different roles these social creatures can play according to their differing personalities:

“Most [stick] close to the livestock, others tending to follow the shepherd or rancher when one is present, and some drifting farther from the livestock. These differing roles are often complementary in terms of protecting livestock, and experienced ranchers and shepherds sometimes encourage these differences by adjustments in socialization technique so as to increase the effectiveness of their group of dogs in meeting specific predator threats. LGDs that follow the livestock closest assure that a guard dog is on hand if a predator attacks, while LGDs that patrol at the edges of a flock or herd are in a position to keep would-be attackers at a safe distance from livestock. Those dogs that are more attentive tend to alert those that are more passive but perhaps also more trustworthy or less aggressive with the livestock.”

The role of human “sheepdogs” is almost exactly that of their canine counterparts. Like actual sheepdogs, they live among the flock – one of them, and yet different and set apart. They protect the perimeter and vigilantly watch for evil “wolves.” Their mere presence can keep bad men turning on each other instead of on law-abiding citizens, but if they do attack, human sheepdogs are alert and ready to be aggressive. They are prepared to make a stand against those who would do others harm, but outside of times of crisis, they are gentle and trustworthy. Grossman describes human sheepdogs as individuals who have a capacity for violence but also a moral compass and a “deep love for [their] fellow citizens.” Their hardihood and bravery gives them the ability to “walk into the heart of darkness, into the universal human phobia, and walk out unscathed.”

Sheep find sheepdogs annoying when things are fine. For example, most people grumble about the police when they get a ticket for a minor traffic violation. But when a wolf shows up, and the police catch him, the complaining stops and people turn out to line the streets, cheer them on, and shower them with gratitude.

As with wolves, sheepdogs make up a very small percentage of the population. Grossman guesses this elite group represents just 1% of people.

Grossman argues that “the business of being a sheep or sheepdog is not a yes-no dichotomy.” Rather it’s a continuum. Some folks live at the extreme ends of the spectrum and are completely passive sheep or hardened ultimate warriors. Most people, however, fall somewhere in between.

Your “sheepness” or “sheepdogness” can change depending on context, too. I’ve known men who act like fierce sheepdogs in one situation, but have the passivity of lambs in another.

Sheepdogs are Made, Not Born

Being a sheepdog isn’t a matter of birth; it’s a choice – a matter of mental and physical training. In fact, as we’ll see in our next post, we’re hardwired psychologically and sociologically for sheepness. In order to become a sheepdog, you have to consciously decide to do so and then slowly upgrade your mental, physical, and emotional hardware from Sheep 1.0 to Sheepdog 2.0.

As I said at the outset, I’ve been thinking about this sheep/sheepdog/wolf paradigm for awhile now. The concept has been a driving force in my desire to learn both armed and unarmed self-defense. I don’t want to be a sheep. I want to be a sheepdog and have the capacity to protect my family and loved ones from the wolves that might be out there.

While Grossman uses his sheep/sheepdog/wolf analogy to explain violent confrontations, I think it’s just as applicable to moral and ethical confrontations that we face at work and in our communities as well. One of my favorite shows to watch is American Greed on CNBC. Ever since I learned about Grossman’s analogy, I can’t help but see it play out on the show. There’s typically some guy who’s the wolf that takes advantage of innocent folks — the sheep — by scamming them out of their money. The scam goes on for years because no one does anything to end it, even when they notice something isn’t right. It isn’t until one brave person — the sheepdog — takes action that the bad guy is brought to justice.

And of course we see the same dynamic play out in larger “scams” – the recent banking and housing crisis, for example, was precipitated by tons of underhanded behavior that was witnessed by thousands, and yet only called out by a rare few.

While those who make the military, police work, or emergency response their career have a professional responsibility to be sheepdogs, all men should strive to be more on the sheepdog than the sheep side of the spectrum. The world needs men who are willing to face danger and stand up to dishonesty to save others and preserve the fabric of their communities.

Yet while the sheep/sheepdog paradigm has become more popular and well-known these days, I’ve never really seen it explained beyond naming the categories and leaving it at that. But why are most people sheep? And how do you become a sheepdog? I think these are interesting and important questions to answer, so for the next couple weeks we’ll offer some possible explanations for our ingrained sheepness, as well as ways to overcome those tendencies and become a sheepdog.