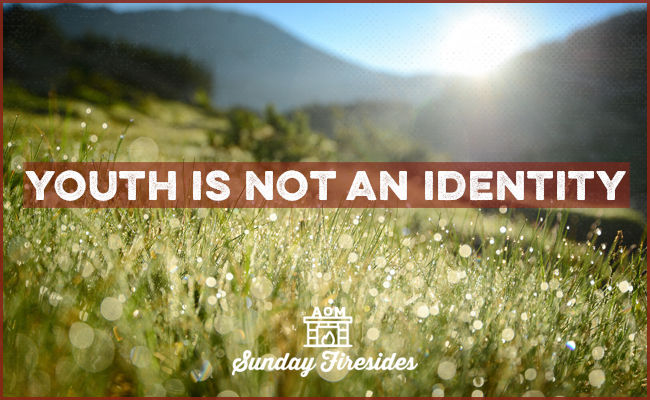 Identity is composed of an individual’s qualities, values, and achievements.

A person’s age, his stage of life, serves as the scaffolding upon which his identity rests.

While this stage-of-life scaffolding influences the shape and expression of identity, it is not an identity in and of itself.

Though, in youth, it can be mistaken for such.

Up through your twenties, biological maturation creates a rising tide of momentum that feels like the making of all-around progress. Simply possessing a seemingly endless number of possibilities — even if none are yet realized — provides a sufficiently satisfying sense of self. Having time, and your options open, makes for a plausible stand-in for real originality, creativity, and adventurousness.

Then comes your thirties, and as the seasonal framework of life shifts in structure, you come to realize the surprising impermanence of what was lying atop it.

What you thought was lasting, inherent drive, was in fact passing physiological energy.

Values and interests you believed were unshakeable and uncompromisable, turn out to be the privileges of a formerly unburdened schedule, and evaporate under the press of newfound responsibilities.

The number of life’s possibilities shrinks, at the same time you realize that no amount of them — unseized — can define who you are.

As the defaults of youth fall away, you’ve got to start giving yourself things to actually feel cool about — to make what used to come as the mere consequence of chronological circumstance into the stuff of intentionally-chosen character.

As the sun of midlife rises ever higher, you’ve got to set to work on cultivating a more evergreen identity, one that’s sustained not by the fading dew of youth, but by a spring that originates well below the superficial strata of age.