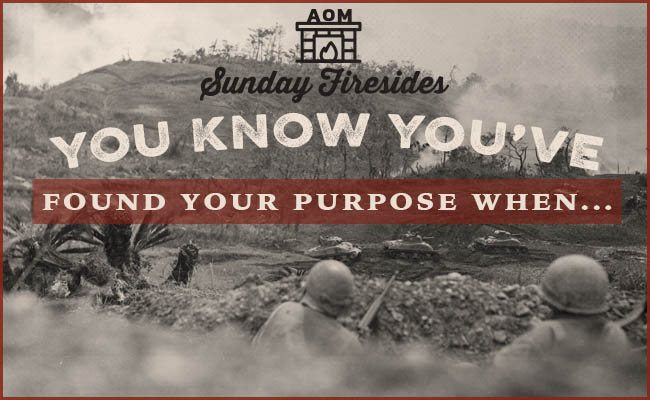 When Ed Pepping, a combat medic with E Company, 506th Regiment, 101st Airborne — the famous “Band of Brothers” — parachuted into Normandy in the early hours of June 6, 1944, he came in too fast, landed backward, and suffered a concussion and three cracked vertebrae.

Separated from his unit, Pepping spent the next day trying to reunite with Easy Company and aiding the wounded he encountered along the way. As he navigated a firefight in Carentan, he took a piece of shrapnel in the leg and woke up in a hospital. Because of his injuries, the doctors refused to release him back to his unit. In defiance of their orders, Pepping went AWOL and returned to the 506th anyway.

When the German theologian Dietrich Bonhoeffer decided to leave the safety of a sabbatical in America and return to his Nazi-ruled homeland to resist the Reich, he described the pull as akin to Pepping’s:

It is for us as it is for soldiers, who come home on leave from the front but who, in spite of all their expectations, long to be back at the front again. We cannot get away from it any more. Not because we are necessary, or because we are useful (to God?), but simply because that is where our life is, and because we leave our life behind, destroy it, if we cannot be in the midst of it again. It is nothing pious, more like some vital urge.

Your life’s purpose — whether as a profession magnifier, human caretaker, faith promulgator, or cause catalyzer — is essential to find, but can be difficult to discern. You know you’ve found yours when, despite the risk, pain, effort, and mundanity (and no matter the purpose, the mundanity always far outweighs the excitement), you can do naught else but continually return to its trenches.

Sunday Firesides: The Non-Technologized Children Shall Inherit the Earth