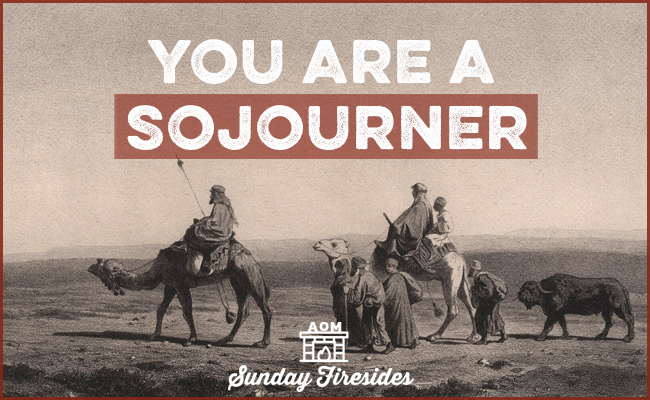 Do you ever feel restless?

You figure you need a new job or relationship or morning routine. You wonder if a vacation or a move will remedy your discontent.

Yet no matter what app you download, goal you make, or trip you take, you never feel entirely satisfied, never entirely happy, never entirely free from a hard-to-articulate longing for something more.

In the Judeo-Christian tradition, the story of man is one of paradise lost — a fall into a broken world that is only a fleeting, foreign staging ground for the eternal world to come.

The people of the Hebrew Bible are strangers in a strange land; their lives, defined by exile and wandering, are described as a sojourn.

This framework not only perfectly matches lived reality, it can be applied by the non-religious as well; even in the absence of an afterlife, mortality is but a microscopic interlude between a human’s emergence from billions of years of non-existence, and an everlasting return to it.

If earth life is temporary and transient — a brief way station en route to a much longer stay somewhere else — feelings of angst and alienation aren’t aberrant problems to be solved, but intractable currents to be expected. Achieving complete happiness and at-home-ness isn’t a matter of finally discovering the just-right combination of personal and professional elements; it’s an impossibility.

This isn’t to say you shouldn’t try to mine this journey for all it’s worth: there is “gear” to bring, guides to follow, and routes to travel that will make it more bearable, memorable, and fulfilling.

Ultimately, though, the thing that will put you most at ease in this sojourn . . . is the simple realization that you’re on one.