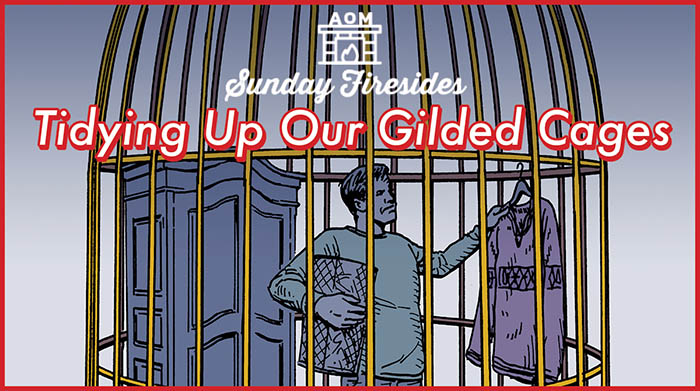 “Minimalism” has been a popular trend over the last decade or so, and has only reached a fever pitch of late. People are downsizing their possessions, decluttering their homes, throwing away anything that doesn’t “spark joy.”

It’s possible to see something positive in this trend, to believe it bespeaks a greater desire for discipline and a lessening attachment to material possessions. Would it be that modernity’s drive towards minimalism truly grew out of some deep, well-considered philosophical shift.

But, it is arguably emanating from a much less laudatory source.

Historically, whenever people feel they cannot exercise much influence in the public sphere, they retreat to the private one; if they cannot control things outside themselves, they focus instead on self-control — on the discipline of their feelings (hence the parallel rise in the contemporary popularity of Stoicism) and the arrangement of their personal affairs.

An emphasis on minimalism rises in proportion to our overall feelings of impotence. It’s an attempt to bring order to a world that otherwise feels chaotic. While there’s nothing wrong with the practice itself, it often merely papers over our anxieties without directly addressing them. What we truly crave is the ability to influence the world around us — real efficacy.

“What is happiness?” Nietzsche asked. “It is the feeling of power increasing.” We would do better to look for joy there, than in tidying up our gilded cages.