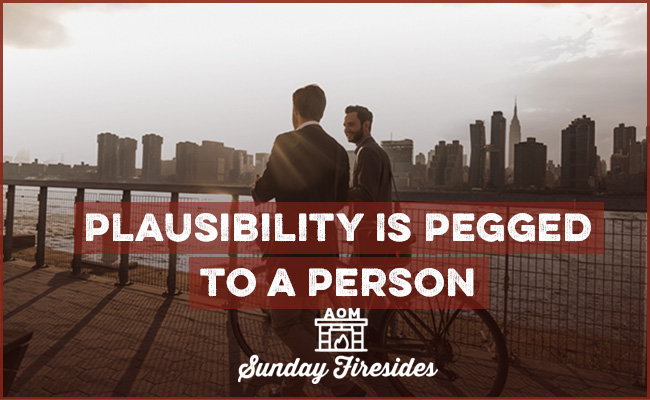 Though St. Augustine would become a bishop, church father, and one of the most influential thinkers of Christianity, he was slow and reluctant to accept the faith. As an eminent scholar and master of rhetoric, he was initially skeptical of a religion that seemed to him backward and unsophisticated.

Though Augustine would become one of the most famous theologians of all time, his conversion to Christianity did not come by way of doctrinal debate, but intimate relationship.

When he was thirty years old, Augustine met Ambrose of Milan, an older man who could match Augustine in sharpness of mind and deftness of oratory. He was also a Christian. That Ambrose could combine keen intelligence with sincere belief disrupted Augustine’s preconceptions of what a man of faith looked like. The fact that someone he greatly respected was a follower of Christ compelled Augustine to reexamine his opinions.

So did the kindness and welcome Ambrose showed him, which Augustine reciprocated in turn; “I fell in love with him, as it were,” he recalled. Their friendship proved transformative, as Augustine came to see that the love Ambrose showed him wasn’t incidental to his mentor’s faith, but an integral outgrowth of it.

Ambrose baptized Augustine during the Easter Vigil of 387.

When it comes to bringing someone around to any philosophy or perspective, we often think it is a matter of marshaling facts, massing evidence. But most often it takes seeing the unappealing abstractness of an idea, animated with the energy of a flesh and blood human whom we admire and love. Such an example reveals a new possibility for living. As James K. A. Smith puts it, “plausibility is pegged to a person.”

When someone remains unconvinced of something, we often think they haven’t yet heard the right argument. Usually, though, they just haven’t yet met the right person.