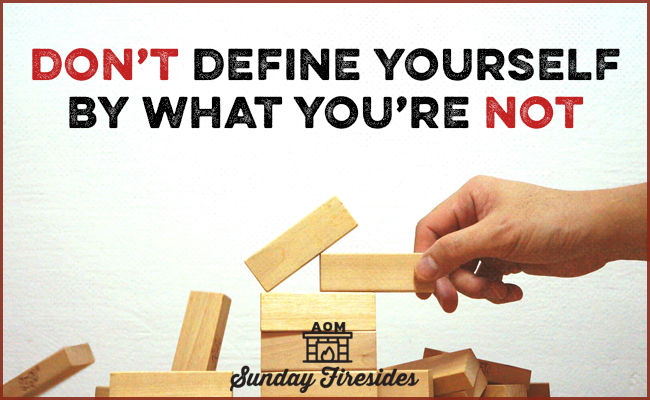 Ask any graphic designer or architect, and they’ll tell you that, much to their chagrin, clients have a much easier time expressing what they don’t like about a draft or mock-up than conveying what they’d rather have it look like instead.

Individuals often evince this same dynamic in designing the architecture of their lives.

Perfectly understandable. But how would you describe the extraordinary life that you desire?

Fine. But what are the positive habits that define you?

“I don’t like hypocrites. I’m not religious. I don’t believe in God.”

Okay. But what do you believe in?

It’s easy to reject, renounce, repudiate. Negative, destructive energy is instinctual. Even a three-year-old can topple a structure, burn something down.

Acts of affirmation are harder. They require creativity, intention, vision.

Clearing the decks can be a helpful first step in figuring out the person you want to be and the life you want to lead.

But if you ever want to build something meaningful, erect something beautiful, you have to move beyond rooting your identity in what you’re against, and decide what it is exactly that you’re for.