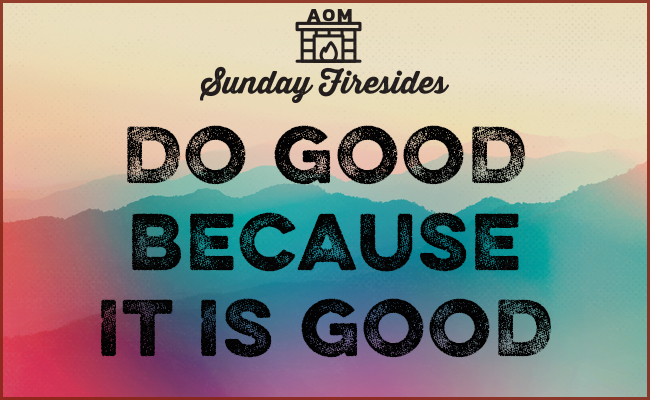 Did you know that practicing gratitude helps you sleep better at night?

That cultivating social ties can help you live longer?

That getting married increases your income, going to church lowers your blood pressure, and spending time in nature improves your ability to focus?

In modernity, we’ve taken to justifying every behavior and practice by its benefits, its utility. We wait for an MRI scan, a just-so explanation drawn from evolutionary psychology, a scientific study, to tell us why we should do something. We ask, “What’s in it for me?” We approach even the seemingly sacred as if it were an offering in a marketplace, for which we want to get the best deal.

In adopting this stance, we turn everything, from ethics to relationships, into tools; we convert the ineffable into objects; we instrumentalize human values.

But ancient philosophers didn’t exhort us to seek Beauty, Truth, and Justice because they are expedient, productive, and useful. These ideals, these eternal transcendentals, these properties of being, were seen as intrinsically valuable. They were sought for their own sake. They were embraced not as the means to achieving something else, but as ends in themselves; the “something else” was simply the happy byproduct of their pursuit.

As the modern philosopher Svend Brinkmann puts it, right action legitimizes itself. You don’t pursue things like friendship, health, love, and virtue for their practical utility; you do Good simply because it is Good.