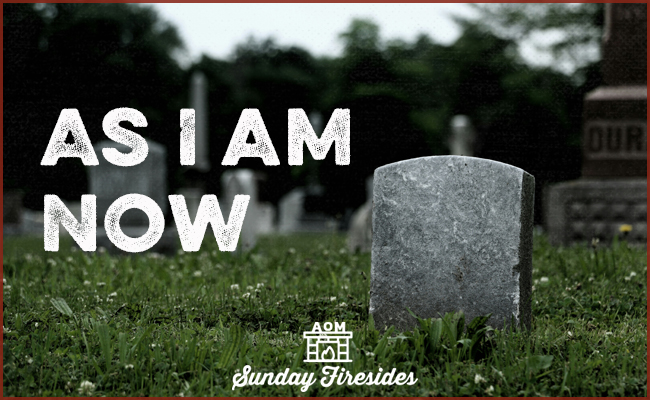 It’s something of a cliche to observe that Westerners typically avoid thinking about death, and live their lives less meaningfully, and urgently, as a result.

Less commonly explained are the subtle ways this avoidance takes place, beyond simply averting one’s eyes while driving past a funeral home.

Our denial of death can be seen in our addiction to the news cycle. We stay hooked from the fear of missing out on something important . . . none so much as the breaking story that science has finally found the cure for mortality.

We attempt to slip the inevitability of death through productivity hacking too. If we can find a way around the normal limits of time, if we can get more done than seems humanly possible, perhaps we can change our state, secure a bit of omnipotence, trade our finite humanness for immortal godhood.

And then there’s the way we dehumanize those who are older and already passed on. To a man of 20, a man of 50 seems to be a shallower, less emotionally complex being. At any age, we think the people who populate black and white photographs lived lives that were qualitatively different from our own. For, if we are somehow “real-er” than they, we won’t meet the same fate, won’t watch our bodies wrinkle and sag, won’t eventually vanish from the earth.

Alas, we are not a slightly different species than the billions who have come before us. Nor can we alter ourselves to become such. And the best antidote to this death-denying thinking may be found in wandering a centuries-old cemetery. There, you’ll often find gravestones inscribed with an epitaph well-worth reflecting on.

Remember me as you pass by,
As you are now, so once was I,
As I am now, soon you will be,
So prepare yourself to follow me.