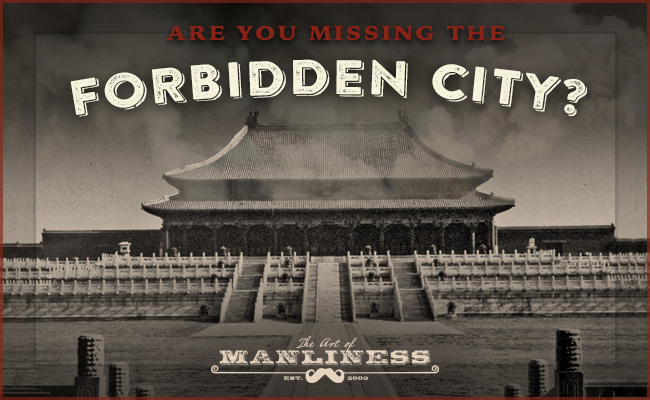 When word of Japan’s surrender in WWII reached the 1st Marine Division, the men initially couldn’t believe the news. To the battle-hardened veterans who had been recuperating from grueling combat on Okinawa, and preparing themselves for yet another invasion, the idea that the war was finally over seemed too good to be true.

Among those absorbing the news with “a mixture of quiet relief and disbelief” was Private Eugene Sledge, veteran of the horrific, blood-soaked battles on both Peleliu and Okinawa. Nearly half of Sledge’s division had been killed or wounded on the island where they now camped, and his thoughts drifted to those who had been lost, as well as what was next for the survivors.

The men wistfully hoped they’d be sent home straightaway, but it seemed more likely they’d be shipped to Japan for occupation duty. While occupation duty did in fact turn out to be the straw they drew, the predicted destination differed; Sledge and his fellow Marines were headed to North China.

After a stint in Langfang, the men were sent to Peiping (now Beijing). The ancient city, then largely untouched by Western influence and of course free from crowds of tourists, was full of exotic sights, sounds, and smells. Having been shown a film on the dangers of venereal disease before their arrival, the Marines initially steered clear of Peiping’s red light district and instead spent their liberty checking out the interesting sites and enjoying the good food (cherished after months of subsisting on field rations). As Sledge remembers, “the men were simply so awed by the fact that they were back in civilization that many of them had little inclination to carouse.”

In time, however, as Sledge’s unit settled into a routine, and the novelty of the city wore off, the men started drinking and forgetting their concerns about VD. The sheen of Peiping remained for Sledge, though. While he didn’t judge how his fellow enlisted buddies liked to unwind, he wanted to do this once-in-a-lifetime experience differently, and go home having seen more than the insides of a few bars and brothels. 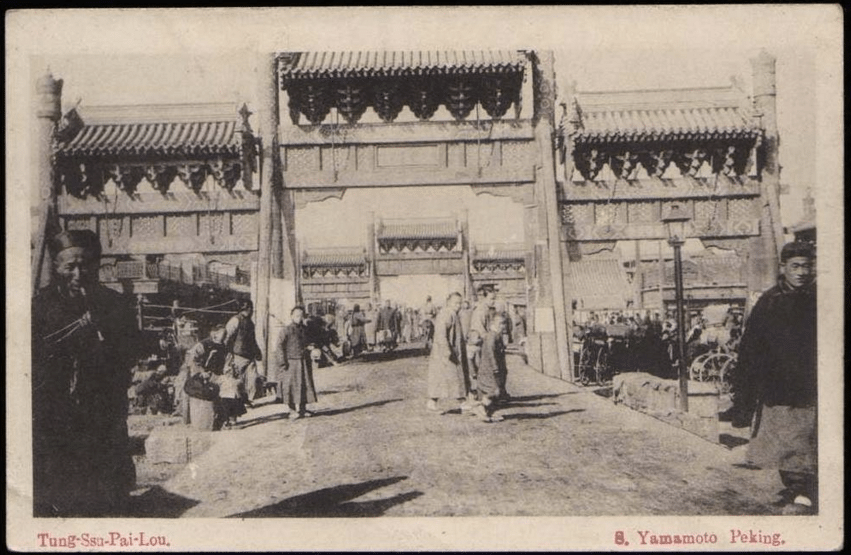 One of Sledge’s favorite ways to spend his time was to stroll Peiping’s streets, taking in the day-to-day life of the Chinese citizenry. He would often make his way over to Tung Ssu Pai Lou – “a large beautiful arch of wood with a tile roof that spanned the wide street.” Here he would sit or stand off to the side and try to make himself as inconspicuous as possible, so he could watch the stream of traffic without causing a scene (the Chinese would often mob the US Marines, thanking them for their service).

Sledge enjoyed watching the numerous pedestrians, rickshaws, pony carts, bicycles, and even Mongol-led camel caravans go by. “Daily life moved unhurriedly along” and he felt as if he was “in the midst of a crowd of fascinating characters living in the eighteenth or nineteenth century.” Amongst these fascinating characters he “saw jugglers, tinsmiths, chinaware repairmen, pedicurists, peddlers, and various other individuals who combined to make Peiping’s street scenes the most fascinating one can imagine.”

Sledge’s favorite place to explore, however, was the Forbidden City. Built in the 15th century, the Chinese imperial palace was visible from the diplomatic office where the Marines were stationed and only a short walk away. The first time Sledge saw “the rising sun reflecting off those golden rooftops, [he] felt like a child again, looking at a fabled castle in a storybook.” Thereafter, Sledge looked for every opportunity to “slip away from friends and wander about alone”:

“I could marvel at it all in silent awe as I thought how ancient the place was—the massive walls, precise stone walkways and railings, and the beauty of the covered walkways and gardens. I used to sit for hours in the Throne Hall and look up at the indescribably beautiful carved ceiling—and more than once got a stiff neck in the process. Intricately carved wooden screens, columns, and frescoes held me spellbound when I contemplated the hours, or more likely years, of craftsmanship required to produce such beauty.”

On crisp fall days and cold winter mornings, Sledge returned to the palace again and again, feeling that “The relics of ancient Chinese culture would understandably hold an American spellbound.” But he added a caveat: “I should say ‘most Americans’ because, when I left Peiping after being there more than four months, I knew several men who were still making the rounds of every bar, dive, and fleshpot and had never set foot in the Forbidden City, only two blocks away.”

I think most of us feel sure we would have been like Sledge had we found ourselves in his shoes — that we would have been the guy who sought out all the beauty, interest, and wonder such a unique experience had to offer. Especially when that beauty was so obvious and close by! And yet how many of us miss a good deal of beauty — that, if not on such a dramatic scale — can still hold much interest, and resides right under our noses?

None of these things — drinking, sex, web surfing, and anything else that appeals to our “natural man,” our reptilian brain — are bad when done in moderation. But when they become our main desire and interest, they can pull us away from being more fully present in our lives, discovering beauty even in the ordinary, and finding joy and wonder everywhere we go. Such enticements to distraction can keep us from making the most of our experiences, so that if the only thing we end up seeing isn’t the four walls of a bar, it might be the glow of a screen.

The antidote for keeping one’s appetites in check is to balance them with an equally strong capacity for curiosity and an inexhaustible sense of awe. When you’re intensely curious about the world, and can always find new things to discover and contemplate, the decision as to whether to go see a beautiful monument or get passed-out drunk becomes a no-brainer. This perspective on the world does not consist of a series of disparate decisions, but an attitudinal stance — a habit of mind one must cultivate their whole life through. Sledge’s own deep curiosity about the world followed him home from China, and actually played a key role in helping him heal from the traumatic memories of war. After he returned to the States, he got his Ph.D. and became a professor, finding deep satisfaction in “concentrating intensely on some difficult problem in biology or biochemistry.” Manifestations of science in the natural world were equally compelling; as his wife remembers: “He loved the out-of-doors, and he didn’t just walk, he paid close attention to every bird, every leaf, every bug that he encountered.” Sledge understood there were mystical palaces to be discovered inside every book, behind every tree, and around every corner.

Think about the year that is about to draw to a close, and how you’ve spent it. And then consider this question now, and continually:

Are you missing the Forbidden City?