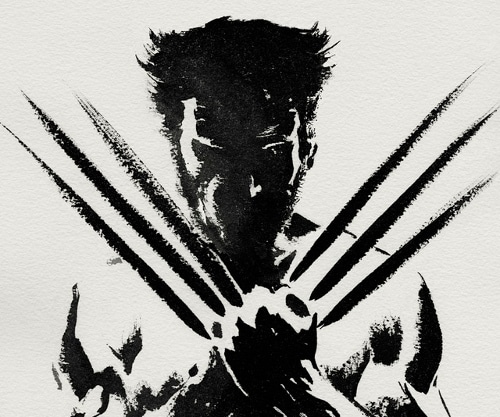 Editor’s note: This article was a collaboration between Brett McKay and Chad Howse.

What man doesn’t want to be Wolverine?

While he’s famous for his beastly claws and manly sideburns, Wolverine’s primary mutant power is his accelerated “healing factor.” His body can regenerate damaged or destroyed tissue faster than is possible for ordinary humans.

Gash to his chest? Wolverine don’t care. It heals right up in a matter of seconds and then he’ll hunt the bastard down who nicked him and impale that guy with his razor sharp claws.

Not only does Wolverine’s mutant healing factor make him damn near invincible, it also makes him nigh near immortal. His healing power slows the aging process, which explains how he has the vim and vigor of a 30-year-old man despite being born in the 1880s.

But what if we told you that even real-life, non-mutant mortals could capture a bit of Wolverine’s rapid healing power?

How Chad Howse Discovered the Secret to Wolverine-like Healing

Recently, fitness trainer, blogger, and frequent AoM contributor Chad Howse shared with me the story of how he discovered the secret to having Wolverine-like healing power:

It was my first time on this lovely island. Some friends of my then girlfriend had carved a water slide out of the side of the mountain. I’d already completed a few runs, along with a few others who’d joined in the fun. I had gotten more and more comfortable, and was going faster with each attempt. I resolved to make my next run the fastest yet.

“Nothing but my heels and my shoulders will touch the slide this time,” I vowed to myself, probably aloud as I tend to talk to myself from time to time. I walked back a dozen steps or so, then took off. Taking a running head start, I leapt into a slippery, rubberized tarp laid out in a trench, and immediately elevated my hips and torso as to leave my shoulders and my heels as the only parts of my body in contact with the slide.

I started off fast, and picked up a lot of speed as the hill steepened. Having gone through a few runs already, I was ignorantly confident as I approached my first turn. “They’re high enough that I won’t catapult off them,” I thought. And for the first turn I was correct; I got high up onto the shoulder, but remained on the slide. The second turn, however, was another story.

I reached full speed as I approached the second and final turn of the slide. I couldn’t slow down, however, and was launched over the shoulder. I skidded across some grass and tried in vain to stop myself before I slid bare-chested over the volcanic rock that acted as a barrier around the pool at the bottom of the slide.

I hit the rock on my stomach, and slid into the water. I thought it was a successful run, and clearly the fastest one yet. I hopped out of the water to a few claps and ran back up the hill. I only got 15 steps before I heard, “Holy crap!”

A friend stood in front of me pointing at my chest. I looked down to find my skin completely red and covered in blood, stripped of its outer layer, all thanks to that wonderfully placed volcanic rock encircling the pool.

It wasn’t painful, but it wasn’t a pretty sight. The gashes were definitely a bit of a shock, but what was more surprising was what happened next.

In just three days my wounds were completely healed. I didn’t even have scabs — just a few faded marks were the only evidence that my body had been torn to shreds. And even those disappeared a few days later. I’d never seen my cuts heal so fast.

How You Can Become Wolverine 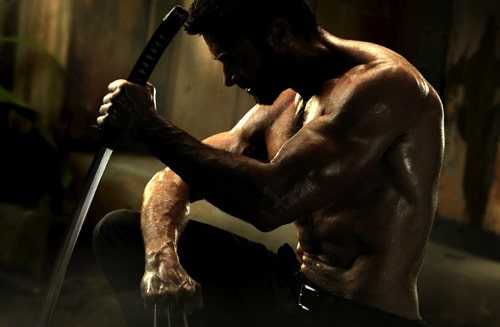 What was the secret to Chad’s Wolverine-like recovery?

It was something entirely natural to the male body: testosterone.

Yes, testosterone. The same stuff that puts hair on a man’s chest and fire in his blood.

See, before and during his trip to Hawaii, Chad had been focusing on optimizing his natural testosterone levels through diet and lifestyle changes. While his primary goal was to increase strength and muscle gains, Chad discovered that optimal testosterone levels have a myriad of other health benefits, including speeding up the healing process.

I did my own testosterone-increasing experiment last year, and wrote a post all about the many benefits of T. But accelerated healing was one I hadn’t heard about until Chad brought it to my attention.

Research has shown that testosterone plays a vital role in our body’s recovery and regeneration processes. Not only does testosterone itself play an essential role in the tissue formation and protein synthesis required to heal wounds, it also plays an important role in IGF-1 production. IGF-1 (insulin-like growth factor 1) is a polypeptide that works with human growth hormone in the healing process. Moreover, it serves as a general wound-healing stimulant by increasing the rate of cell reproduction near a wound site as well as increasing the rate of skin regrowth.

One of the reasons men with HIV and other immune-suppressing diseases have wounds that take forever to heal is that their testosterone levels (and consequently their IGF-1 levels) are also suppressed. Low T and IGF-1 levels may also explain why elderly men tend to have wounds that heal more slowly.

It should be noted that while the research shows that low T levels result in slower wound healing, the healing process doesn’t get any faster after you’ve reached an optimal testosterone level. So mega-dosing on supplements to boost your testosterone to extremely high levels won’t make your wounds heal any faster than if you just went for an optimal level of T. If you’re suffering from low T (and chances are you are), you should notice an increase in how fast your wounds heal just by getting your T levels back up to where they ideally should be for a man your age.

Besides helping give you a mutant-esque healing ability, optimal testosterone levels can also provide Wolverine-like longevity. A recent study out of Australia found that men with low levels of testosterone have an increased mortality rate than men with optimal levels. But don’t let that lead you to thinking that you should boost your T levels to the other extreme. Too much testosterone increases mortality rates in men. It’s men with naturally optimal (there’s that word again!) levels of T who live the longest.

To experience a bit of Wolverine’s superhuman wound recovery and longevity, focus on optimizing your natural testosterone levels. You don’t need to take steroids or rub testosterone cream on your belly to do this. (In fact, as discussed above, the research indicates artificially increasing your testosterone to super-high levels won’t do anything for wound healing and actually increases your risks for dying early.) All you need to do to naturally boost your testosterone is make a few simple changes to your diet and lifestyle. 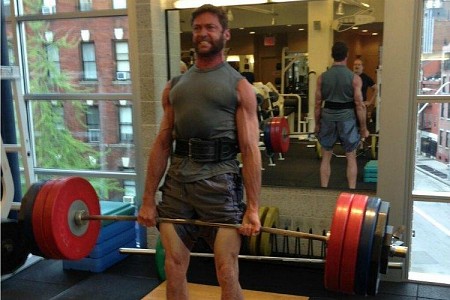 When Wolverine’s not battling bad guys, he’s lifting heavy at the gym.

Traumatize your muscles (i.e. lift heavy). In Wolverine: The Best There Is, we learn that Wolverine’s self-healing ability gets stronger as he experiences trauma and stress. Sometimes he even deliberately puts himself in pain just to get in touch with his feral side. To increase the levels of wound-healing testosterone in your body and connect with your primal manhood, be like Wolverine by putting the hurt on yourself at the gym. Stress your muscles in a healthy, controlled way with regular heavy weightlifting. Stick to compound lifts like the bench, squat, and deadlift, as those are associated with higher increases in testosterone.

Avoid testosterone carbonadiums. Wolverine’s self-healing ability is slowed dramatically whenever he’s weakened with an item made of carbonadium. It’s like his kryptonite. For us humans, our carbonadiums are substances and chemicals called xenoestrogens. Xenoestrogens mimic estrogen and thus lower testosterone levels, sapping our strength and slowing our wound-healing process. Unfortunately, they’re everywhere in our environment – plastics, shampoos, gasoline, toothpaste, and tons of other household products. While testosterone-sapping carbonadiums are ubiquitous in the modern environment, it is possible to limit your exposure to them: store food in glass as opposed to plastic containers, use all-natural grooming products (look for ones made without phalalates and parabens), and reduce your exposure to gasoline and pesticides.

Refuel your body. Wolverine needs to consume massive amounts of protein in order for his body to regenerate tissue. Just like Wolverine, we need to fuel our bodies right so we can produce the testosterone needed to boost our own self-healing ability. While protein is important in testosterone production, the most vital nutrient is cholesterol because it’s the building block of testosterone. So meat, eggs,  and heavy whipping cream are all testosterone-friendly foods.

If you’re looking for specifics on what to eat to kick your testosterone production into high-gear, check out the recommendations I made in this post and pick up a copy of Chad’s new book, The Man Diet. Chad spent years researching and fine-tuning a diet that’s formulated just for dudes and is optimized for increasing your T.

Finally, don’t forget to practice your Wolverine yell. Science hasn’t proven its effectiveness in boosting your T yet, but it’s only a matter of time…

An Update on My Testosterone-Boosting Experiment: 7 Years Later