A real man sees a woman for who she is. He respects her and her individuality. He sees her as his equal and as a person that deserves respect. It takes a lot of work and effort to interact with women, but a real man has the cajones to do it.

2. It supports a filthy industry

3. It will mess with your expectations of sex

The reality is that women don’t want to have sex all the time, not all women have cantaloupe-sized tatas, and women like to talk. Sometimes a lot.

The porn-brained man also pushes his woman into doing things she’s not very comfortable with, seeking to act out the exotic scenes he’s seen on film. And he’ll think women are all about it. On sites like Jezebel (the writers of which are far from prudish women) women complain that men of this generation will sometimes do things like ejaculate on their face the first time they have sex, thinking that every women thinks that’s really hot. What a sad commentary on today’s men.

4. It creates a cycle that diminishes your sexual pleasure

While society may sell you on the idea that the more sexual images you cram into your life, the happier you’ll be, the opposite is true. To quote Naomi Wolfe:

After all, pornography works in the most basic of ways on the brain: It is Pavlovian. An orgasm is one of the biggest reinforcers imaginable. If you associate orgasm with your wife, a kiss, a scent, a body, that is what, over time, will turn you on; if you open your focus to an endless stream of ever-more-transgressive images of cybersex slaves, that is what it will take to turn you on. The ubiquity of sexual images does not free eros but dilutes it. Other cultures know this. I am not advocating a return to the days of hiding female sexuality, but I am noting that the power and charge of sex are maintained when there is some sacredness to it, when it is not on tap all the time.

5. It saps your manly confidence 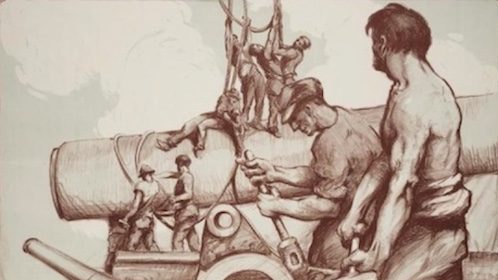