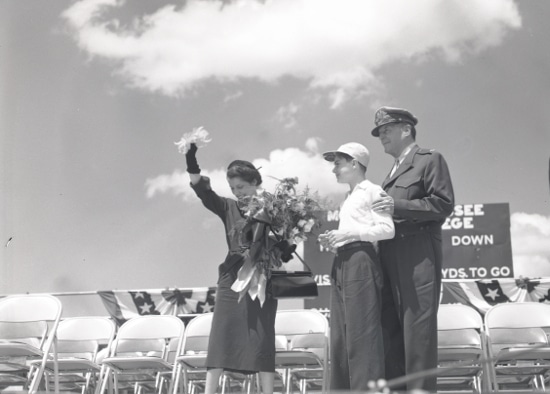 Editor’s note: While General Douglas MacArthur was stationed in Australia and acting as Supreme Commander of Allied Forces in the Southwest Pacific Area, he penned this prayer for his only son, Arthur.

Build me a son, O Lord, who will be strong enough to know when he is weak and brave enough to face himself when he is afraid; one who will be proud and unbending in honest defeat, and humble and gentle in victory.

Build me a son whose wishes will not take the place of deeds; a son who will know Thee—and that to know himself is the foundation stone of knowledge.

Lead him, I pray, not in the path of ease and comfort, but under the stress and spur of difficulties and challenge. Here let him learn to stand up in the storm; here let him learn compassion for those who fail.

Build me a son whose heart will be clear, whose goal will be high; a son who will master himself before he seeks to master other men; one who will reach into the future, yet never forget the past.

Then I, his father will dare to whisper, “I have not lived in vain. ”