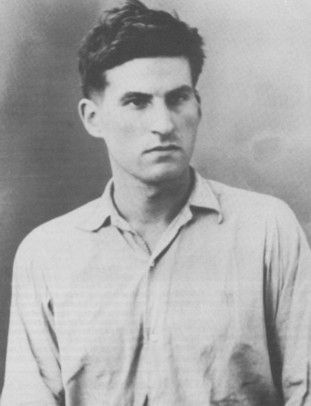 The following description is voiced by Jacques Lusseyran — the blind, teenage leader of a French resistance group during WWII — in his must-read book, And There Was Light. Jacques describes the first time he and his compatriot, Georges, met Philippe Viannay, an army tank officer and university student, to discuss a collaboration between the two leaders’ respective resistance organizations. The 26-year-old Viannay was the founder and editor-in-chief of Défense de la France, France’s largest underground newspaper with a circulation of nearly half a million.

Resistance fighters were constantly worried about allying with someone who would turn out to be a traitor. But Jacques — whose other senses had become heightened after being blinded as a boy and was renowned for his ability to read other people and determine whether they were friend or foe — knew immediately that Philippe was a man to be trusted and devotedly followed.

On January 31 at about ten o’clock in the morning, Paris was shivering in the cold though the sun was shining — that is just how clearly details can be imprinted on the memory — Georges and I were waiting for Philippe. I must admit we had no high hopes of this event. For all Robert’s blessing, we were on guard, with every hair bristling. “Please,” Georges said to me, “if this individual doesn’t please you, give me some kind of a sign to keep my mouth shut. For officers I have weakness. And if he is an officer in the regular army, I am likely to lose my bearings.”

It was not a professional officer who came through the door, but a great hulk of a man. Over six feet tall, broad in the chest, with strong arms and powerful hands, a quick and heavy step, the sense of brotherly protectiveness emanated from his person. Besides, he had a voice which was warm though not very resonant, a voice which came close to you immediately, which got right inside you because it was so convincing.

I am describing him badly. This was not a man I was approaching, but a force. There was no need to tell you he was a leader. He could handle himself any way he wanted to, sprawl in every armchair in the room, pull up his trousers and scratch his leg, be unintelligible because of a sputtering pipe that got in the way of his speech, run his hands through his hair, ask tactless questions and contradict himself. In the first ten minutes of our meeting he had done all these things many times, but somehow you didn’t mind them.

His coming placed a mantle of authority upon your shoulders. The well-being you felt in its enveloping folds was something you could not contain. His authority was not false and certainly not calculated. Instead, it was like the spell cast by some women as soon as they come near you. You were seduced, you were almost paralyzed, at least to begin with. For the first half hour, Georges and I would have been physically incapable of voicing the least objection.

I looked at this casual, tempestuous devil in front of me, and wondered what kind of monster we had drawn from his lair. But it was no good my calling on all the presence of mind and all the distrust I had left, I could not manage to be disturbed. They say that strength enchants. The magnetism of this man was his strength.

He seemed to have endless mines of energy. He exuded feeling, purpose, and ideas. Here was a real phenomenon. Shaking his mane of hair, stretching his arms as though he were lazy, then suddenly coming to attention, he was at once great and good, gentle, talkative, secretive, precise as a watchmaker and vague as an absent-minded professor. Confidences and meaningless generalizations were all mixed up in his talk.

Since he started in an hour before, we had learned that he was married and in love with his wife, that his wife was expecting a child and that he adored the child even before it was born. In the same breath he had spoken several time of Saint Augustine, Empedocles, Bergson, Pascal, Marshal Petain, Louis XVI and Clemenceau. I can vouch for this, for I had heard it with my own ears. I couldn’t tell you what party they played in the conversation, but all the same they were in it. As I said, Philippe was phenomenal.

In an hour he had expressed what most people would never tell you in a lifetime. As you listened, it seemed as if nothing remained that would be hard to do, even in the Paris of January 1943. He tossed solutions at insoluble problems right on the spot. He took them by the hair of the head, shook them in front of his great face, looked them straight in the eye, and laughed out loud. When they got this kind of treatment, the insoluble problems just didn’t come back.

Besides, Philippe had a good way of putting it: “In some circumstances nothing is easier than being a hero. It is even too easy, which poses a frightful moral problem.” And then he began quoting Saint Augustine, Pascal and Saint Frances Xavier all over again.

As you may have guessed I was dumbfounded, in other words I was happy. This was not the happiness of love, but for all that it was happiness: mine and Georges’s (though he had not opened his mouth I knew he was as captivated as I), and last of all the happiness of Philippe. Already he seemed to know us well though he had hardly heard us speak. He confided fully, told us how much good we were doing him, carried us along on his saddle and never stopped talking.

He said he was glad to be in the Resistance as we were and along with us. To him this last point was a mere detail, and he had already settled it. I may have given you the false impression that Philippe was flighty, or that Georges and I were, in following him at such a pace. Nothing could have been further from the truth. In those days when every meeting was a matter of life and death, relations between people were clearer than they are today. Either one was on guard or one gave oneself. There was no third choice, and one had to choose quickly. Let us say further that Philippe had laid his whole hand before us. “I am going all out,” he said. “If it doesn’t work, you won’t be seeing me again”…

Without further precautions I turned to Georges, looked at him hard and heard him say under his breath, “Go ahead.” Then, to Philippe, I said that plans for our working together in the Resistance had become clear.

Tags: descriptions of manliness
Previous Next 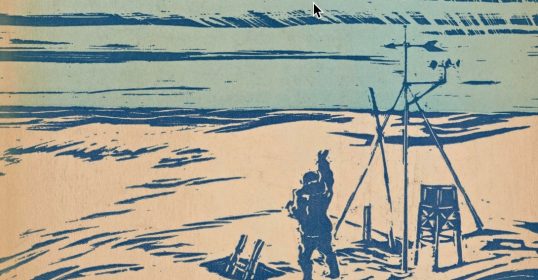