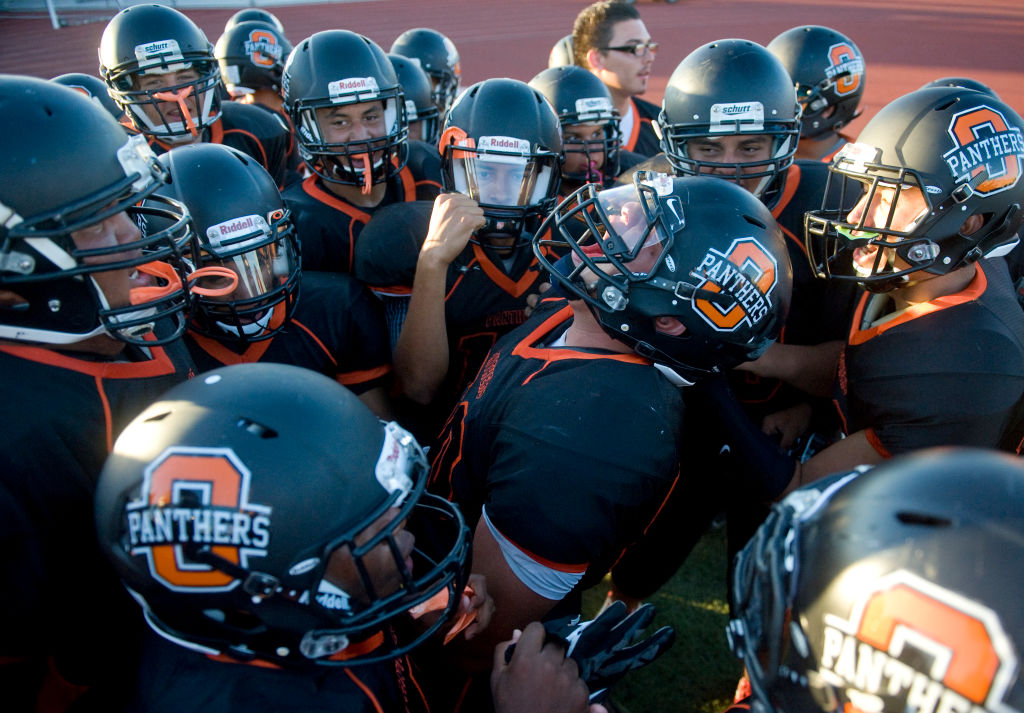 Editor’s Note: This is a guest article by Karl Zinsmeister.

Organized sports, from college athletics to local Little League teams, are slowly coming back to life after being on lockdown. There are those who will say that these activities aren’t “essential.” But they’ve been saying that since before the pandemic. And they couldn’t be more wrong.

There are folks who have long argued that sports are just escapism. Plenty of teachers and professors think athletic teams are nothing but a distraction from serious learning, and even an encouragement to bad behavior.

There are now politicized critics who whine that high-level sports foster too much competition. That they are too militaristic. Too violent.

One super-trendy claim is that athletic competition encourages “toxic masculinity.”

Those complaints miss fundamental truths about sports, for males in particular. For many boys and young men, classrooms are uncomfortable places. Athletic teams are often a saving compensation.

When I first arrived on a college campus, I had a bad reaction. I didn’t appreciate the smugness and sense of superiority that I encountered among lots of smart people at an Ivy League university. I didn’t like the softness of many scholars, and their disconnection from the hard knocks and grueling demands that life places on less coddled citizens out in the real world. I didn’t see much respect on campus for the people I grew up with — who value grit, humility, and hard work much more than philosophical navel-gazing.

To escape some of the things I didn’t like about academic life, and to get closer to people I could admire, I poured myself into sports. I originally played on the Yale football team, then shifted to rowing. I sometimes tell people that I majored in rowing in college, and that’s only partly facetious.

Eventually I found an academic path that excited me, and managed to create a life of the mind that I’m proud of. But I retain a deep respect for the life of the sweaty, bruised, and exhausted body, as well.

Because, done right, sport is not just play. It is not trivial. When undertaken as a discipline (which of course is completely different from watching as a spectator) sport can be one of the most formative activities any human ever takes part in.

It wasn’t in a classroom that I discovered the power of resilience and stamina. It was in sports. That’s where I learned to keep going despite hard blows. That’s where I accepted the necessity of drudging labor, and the irreplaceable value of preparation.

Sport is where I learned the very most vital lesson of my entire life — which is that in any really fierce battle, the competition is not the person across from you. The competition is your own pain threshold, your internal discipline, your perseverance. Can you defeat your own weaknesses and go beyond your comfortable limits?

So much for athletic competition not being educational.

But then there’s that “toxic masculinity” argument.

It’s true — it is certainly true — that male nature, when it escapes cultural boundaries and guardrails, can be brutal and dangerous. But that’s exactly the reason we need arenas, defined by rules and traditions of fair play, where young males can bang against each other in ways that build rather than destroy.

Because it’s just a fact of nature that most men are attracted to ferocity. You can channel those ferocious instincts into activities that are constructive. Or you can pretend that men can just be talked out of ferocious interests. I’ve got news for the critics: significant numbers of those men who are denied wholesome outlets for their young male impulses will instead become abusers, gangbangers, outlaws.

Traditionally, there have been lots of places where young males could take risks and strengthen themselves without burning down their neighborhoods. In fact, for thousands of years, it was an almost universal experience for young men to enter rites of passage where they would face stiff physical and moral demands on the path to adulthood. A Spartan teenager had to live off the land alone for a year. If you were an American Indian you needed to capture an eagle with your bare hands. In Europe you became a knight. Or emigrated to a wild land. You ran off to sea.

I sometimes get asked by young men how they can become an interesting writer. I tell them they should first do something interesting in life. Herman Melville turned into one of the world’s greatest novelists after joining the merchant marine, sailing a whaling voyage, and then serving on a frigate. He wandered Tahiti, worked as a beachcomber and rover. He was jailed in Australia. (Of course, everybody was jailed in Australia.)

I’m currently reading through the novels of James Fenimore Cooper. He started as a student at Yale but was expelled for some classic young male pranks. These included bringing a donkey into a classroom. The one that got him thrown out was using a small keg of black powder to blow the door off of a friend’s dorm room. With college suddenly out of the picture Cooper joined the U.S. Navy, where he had many adventures, including overseeing the building of a 16-gun brig in the middle of a wilderness in upstate New York so it could be launched into the Great Lakes to fight Britain during the War of 1812.

These men found it hard, in their adolescent phase, to sit quietly in a school with their hands folded. They wanted to brawl and leap obstacles and make booming noises — perfectly normal male reactions to early adulthood. Once they got some of that out of their system they settled down and became model citizens. During my years of embedded reporting with soldiers I’ve seen the same phenomenon, over and over.

Today, though, I am concerned. I’m concerned that modern life is shutting down many of the pressure-relief valves, many of the traditional routes to male competence, independence, and peace. We don’t have wild frontiers anymore where you can go test yourself, as we did for centuries.

Young males are now told that the only respectable course open to them is to be a diligent student, and go to college. Then enter into a quiet life of office work. Anybody feel suicidal yet?

Lots of perfectly healthy men just can’t pull that off in their younger years. So they rebel against the bloodless routines, the droning female teachers, the lack of learning by doing, the absence of challenging risks. Many of them — especially if they grow up in lower-income, lower-education families — get defined as failures, or criminals.

Yet there’s nothing wrong with most of them. They just need places and productive paths where they can toil through their male restlessness. It’s essential we keep doors into stiff adventures and demanding tests open for these young men.

For many males today, sports are a last refuge where they can blow off physical steam, and stretch and measure themselves against hard, objective demands. After they’ve done that, the less kinetic requirements of the classroom often become palatable. Athletics aren’t the sole arena in which you can do such things — you can backpack in wild land, build things with tools, climb mountains.

But for typical urban kids today, sports are the only way they can “run off to sea” on a regular basis. That’s why people who criticize sports as trivial, as escapism, as a distraction from learning have things backward. Success on fields and courses often sets the table for other kinds of success.

If the critics of sports and male ferocity get their way, young males will become even more tightly boxed in. Modernity will define greater and greater numbers of them as deviant. And daily existence will feel like — and sometimes literally be — an imprisonment.

Let me close by noting that there is one other valuable and wonderful thing that sport offers its serious participants — and that is deep, earned comradeship. Not just the affection of buddies. I mean the connection that exists between people who have jointly faced risks and pressure, who have suffered together, who have honored mutual commitments. Sports show a man what it means to depend utterly on others — and them on you — and the importance of meeting responsibilities to peers by demanding the very best performance from yourself.

This kind of earned camaraderie is rare today. Yet it is one of life’s great satisfactions. It is also one of the best ways for boys to become men. And for men to find common ground beyond the obstacles that separate us in daily life.

In the company of comrades in sport you can learn how to channel innate ferocity into potent achievement. You can explore the thin boundary between thrilling competence and bitter failure. You can master the disciplines of success. You can grow into a productive citizen — as men have for millennia.

Karl Zinsmeister, author of many books and articles, was chief domestic policy adviser in the White House from 2006-2009. This is adapted from a talk he gave to the annual dinner of the Trinity College Dublin Boatclub — one of two teams where he was a former college champion in rowing. 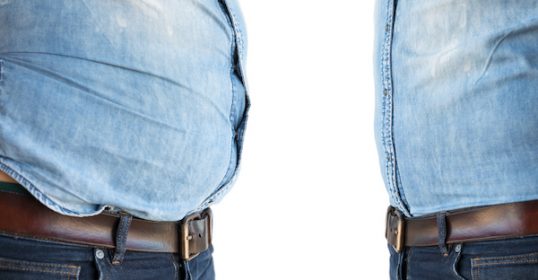 Podcast #715: What’s the Most Sustainable Diet?