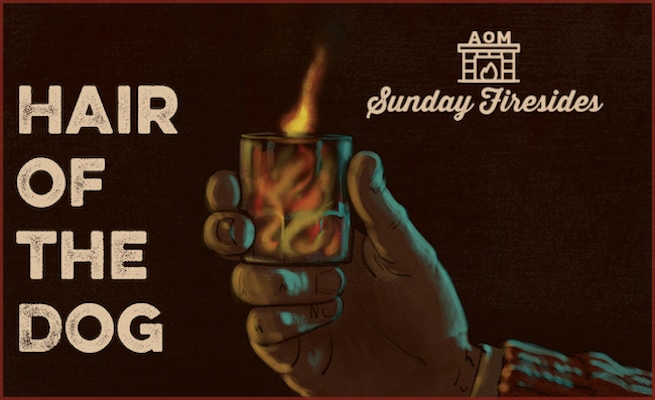 “Hair of the dog” refers to solving a problem using the same element that caused it. The expression derives from the old idea that a bite from a rabid dog could be treated by stuffing the wound with fur from the dog that bit you.

The same concept, which the ancient Greek physician Hippocrates termed “like cures like,” can be found across cultures. In Slavic languages, there’s an expression that translates to “a wedge dislodges a wedge.” Italians, Spaniards, and Turks say, “A nail removes a nail.”

Hair of the dog, in all its international iterations, is most popularly used to refer to alleviating the aftereffects of drinking alcohol, by drinking more alcohol. This “cure” is, of course, of dubious value. While it does temporarily make the drinker feel better, it only delays the return of his hangover.

There is, however, an area where the hair of the dog approach produces effective and lasting results: stress.

Nothing torpedoes the chronic stress built up from work crises, interpersonal drama, and the daily grind of setbacks and inconveniences as well as exercise. And exercise is nothing more than the intentional stressing of the body.

When your body is inflamed by stress, the remedy, paradoxically enough, is to inflame it further with more of the same.

When the slings and arrows of the world threaten to consume, the cure is the hair of the dog that bit you: fighting fire, with fire.