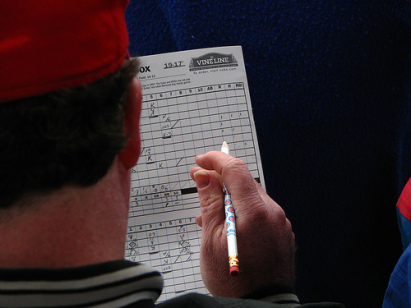 Scoring a baseball game with paper and pencil is a tradition that goes back to the early days of the game. Keeping score is a great way to get more involved as a fan. You’ll get really engaged in the game. Moreover, each scorecard is a story of each game that you go to. Scorecards make a great memento of all the baseball games you’ve attended. Unfortunately, with the rise of high tech scoreboards and cell phones that can give updates right in the palm of your hand, keeping score with a game card is becoming a lost art. Here’s how to do it.

Get your card. Most baseball programs come with scorecards. If you don’t want to drop $4 for a program, print your own from home from this handy website. Write each team’s batting line-up down the left hand side of the card. In addition to the players’ name, include their position number (see below) and jersey number.

There’s a shorthand that has developed to assist in scoring baseball games. You can develop your own style, but here’s the standard method:

Position numbers. Each position is assigned a number. These numbers will be used when you record fielding plays.

Batter shorthand. When a batter is up, keep track of whether he hit, got walked, or struck out with these basic abbreviations:

With your card ready in one hand and a hot dog slathered with mustard in the other, you’re ready to score the game. Each player has a row of squares with baseball diamonds next to their name. We’ll use these squares to track the progress of each batter.

If the runner scores, fill in the diamond with your pencil.

If a batter strikes out, write a K in the middle of the diamond. If that batter was the first out, write a “1” with a circle around it. Indicate subsequent outs in the similar fashion.

If the batter makes an out after hitting the ball, you want to record how the play happened. Going back to our Jeter example. Say Jeter hits a grounder to the pitcher and the pitcher fields it and throws it to first base, the out would be recorded by writing “1-3” across the diamond. This indicates that the pitcher fielded the ball first and then threw it to first getting Jeter out.

Easy enough. How about double plays? Let’s say we have Jeter on first base after hitting a single. The scorecard will look like this:

Now, Giambi is up to bat and hits a grounder to the shortstop. The shortstop throws it to second, getting Jeter on the force out. The second baseman throws it to first, getting Giambi out. Here’s how we record it. First, we want to indicate Jeter got out at second on a grounder by Giambi. Do this by darkening the line from first to second only halfway. Write 25 next to that line indicating that it was Giambi that hit the ball that caused Jeter’s out. Jeter’s row will look like this:

If a batter flys out, write “F” followed by the fielder who caught the ball. So, if the centerfielder catches a fly ball, you would write “F8” inside the diamond of the batter who hit the ball.

If you want to show a runner on base getting tagged out or forced out, draw a line half way to the base they were headed to as well as the fielding sequence of the out. For example, say Jeter was on first after hitting a single. Giambi hits a grounder to third. Third baseman fields and throws it to second getting the force out. This is what Jeter’s row would look like:

At the end of the game, you don’t want a card that looks like this. So pay attention. 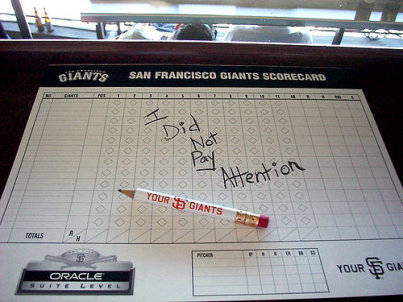 Make it your own

After you get the basics down, start adding your own style to keep track of scores. There isn’t a wrong or right way to do it. The trick is to find a system that will help you easily keep track of the progress of a game.

Here’s a good example of someone who has personalized their scorecard. 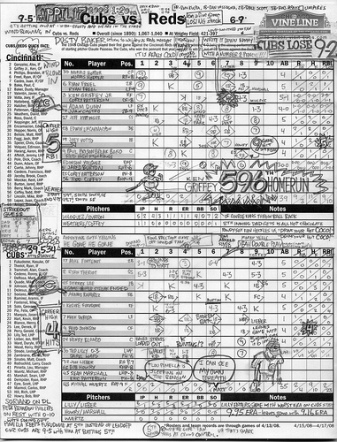 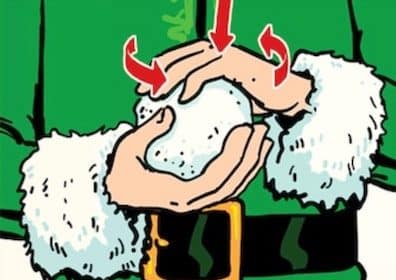