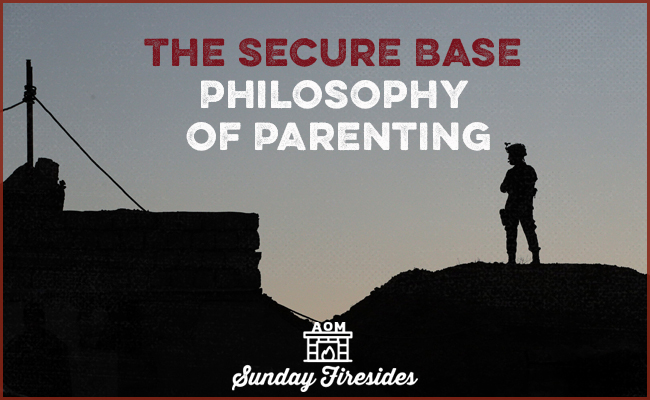 While embedded on an Army outpost in one of the most dangerous areas of Afghanistan, journalist Sebastian Junger recorded many incisive insights into the nature of martial living, including this one on the soldiers’ nightly routine:

“At eight o’clock the generator cuts out and everyone goes to their bunks; after that, the only men awake are the ones at the guardposts. Sometimes it would occur to me how incredible—how very close to the experience of childhood—it is to be watched over by others while you slowly float off into sleep.”

What works as an evocative analogy for what it’s like to bed down in a war zone, can also be turned back on itself, becoming a surprisingly apt metaphor for healthy parenting.

The amount of time parents spend with their kids has significantly increased since the 1960s, doubling and quadrupling for mothers and fathers, respectively.

The fact that parents are spending more time than ever with their children certainly has its upsides. But there’s also a point of diminishing returns.

In helping with every homework assignment, attending every sports practice, and becoming their children’s perennial playmates, many parents find parenting more burdensome and less enjoyable. Consequently, they may have fewer children than they actually want and take less satisfaction in their domestic duties.

Their children, who never find themselves operating outside their parents’ intensive orbit, lose the chance to develop their independence and self-reliance.

Your kids don’t need you to constantly be center stage; they simply need to know that you’re there. Creating a good upbringing is less about spending every moment with your kids, and more about establishing a safe base within which they can play, explore, and make mistakes, secure in the feeling that Mom and Dad are standing sentry on the perimeter, scanning for danger, ready to have their backs.