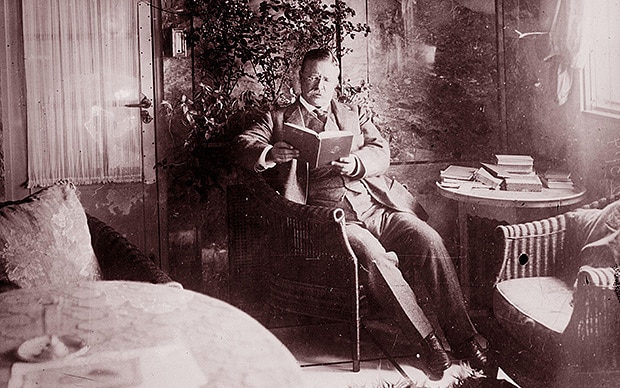 Editor’s Note: Theodore Roosevelt is known to have been one of the most voracious readers in all of history. He could speed-read his way through up to three books per day. So of course he was asked by many people about his reading habits, and thoughtfully responded to these queries in a number of ways. One was a letter in which he recommended a list of books for a young man to read.

He offered more wisdom in his autobiography, in which he wrote about his library at his Sagamore Hill home, the genres and authors he preferred to read and collect, as well as a number of tidbits of advice that all readers should heed. As you’ll come to find, TR had a refreshingly flexible approach to what constitutes good reading habits.

I could not name any principle upon which the books [in Sagamore Hill] have been gathered. Books are almost as individual as friends. There is no earthly use in laying down general laws about them. Some meet the needs of one person, and some of another; and each person should beware of the booklover’s besetting sin, of what Mr. Edgar Allan Poe calls “the mad pride of intellectuality,” taking the shape of arrogant pity for the man who does not like the same kind of books.

Of course there are books which a man or woman uses as instruments of a profession — law books, medical books, cookery books, and the like. I am not speaking of these, for they are not properly “books” at all; they come in the category of time-tables, telephone directories, and other useful agencies of civilized life. I am speaking of books that are meant to be read. Personally, granted that these books are decent and healthy, the one test to which I demand that they all submit is that of being interesting. If the book is not interesting to the reader, then in all but an infinitesimal number of cases it gives scant benefit to the reader.

Of course any reader ought to cultivate his or her taste so that good books will appeal to it, and that trash won’t. But after this point has once been reached, the needs of each reader must be met in a fashion that will appeal to those needs. Personally the books by which I have profited infinitely more than by any others have been those in which profit was a by-product of the pleasure; that is, I read them because I enjoyed them, because I liked reading them, and the profit came in as part of the enjoyment.

Of course each individual is apt to have some special tastes in which he cannot expect that any but a few friends will share. Now, I am very proud of my big-game library. I suppose there must be many big-game libraries in Continental Europe, and possibly in England, more extensive than mine, but I have not happened to come across any such library in this country. Some of the originals go back to the sixteenth century, and there are copies or reproductions of the two or three most famous hunting books of the Middle Ages, such as the Duke of York’s translation of Gaston Phoebus, and the queer book of the Emperor Maximilian. It is only very occasionally that I meet any one who cares for any of these books. On the other hand, I expect to find many friends who will turn naturally to some of the old or the new books of poetry or romance or history to which we of the household habitually turn. Let me add that ours is in no sense a collector’s library. Each book was procured because some one of the family wished to read it. We could never afford to take overmuch thought for the outsides of books; we were too much interested in their insides.

Now and then I am asked as to “what books a statesman should read,” and my answer is, poetry and novels — including short stories under the head of novels. I don’t mean that he should read only novels and modern poetry. If he cannot also enjoy the Hebrew prophets and the Greek dramatists, he should be sorry. He ought to read interesting books on history and government, and books of science and philosophy; and really good books on these subjects are as enthralling as any fiction ever written in prose or verse. Gibbon and Macaulay, Herodotus, Thucydides and Tacitus, the Heimskringla, Froissart, Joinville and Villehardouin, Parkman and Mahan, Mommsen and Ranke — why! there are scores and scores of solid histories, the best in the world, which are as absorbing as the best of all the novels, and of as permanent value.

The same thing is true of Darwin and Huxley and Carlyle and Emerson, and parts of Kant, and of volumes like Sutherland’s “Growth of the Moral Instinct,” or Acton’s Essays and Lounsbury’s studies — here again I am not trying to class books together, or measure one by another, or enumerate one in a thousand of those worth reading, but just to indicate that any man or woman of some intelligence and some cultivation can in some line or other of serious thought, scientific or historical or philosophical or economic or governmental, find any number of books which are charming to read, and which in addition give that for which his or her soul hungers.

I do not for a minute mean that the statesman ought not to read a great many different books of this character, just as every one else should read them. But, in the final event, the statesman, and the publicist, and the reformer, and the agitator for new things, and the upholder of what is good in old things, all need more than anything else to know human nature, to know the needs of the human soul; and they will find this nature and these needs set forth as nowhere else by the great imaginative writers, whether of prose or of poetry.

The room for choice is so limitless that to my mind it seems absurd to try to make catalogues which shall be supposed to appeal to all the best thinkers. This is why I have no sympathy whatever with writing lists of the One Hundred Best Books, or the Five-Foot Library. It is all right for a man to amuse himself by composing a list of a hundred very good books; and if he is to go off for a year or so where he cannot get many books, it is an excellent thing to choose a five-foot library of particular books which in that particular year and on that particular trip he would like to read. But there is no such thing as a hundred books that are best for all men, or for the majority of men, or for one man at all times; and there is no such thing as a five-foot library which will satisfy the needs of even one particular man on different occasions extending over a number of years.

Milton is best for one mood and Pope for another. Because a man likes Whitman or Browning or Lowell he should not feel himself debarred from Tennyson or Kipling or Korner or Heine or the Bard of the Dimbovitza. Tolstoy’s novels are good at one time and those of Sienkiewicz at another; and he is fortunate who can relish Salammbo and Tom Brown and The Two Admirals and Quentin Durward and Artemus Ward and the Ingoldsby Legends and Pickwick and Vanity Fair. Why, there are hundreds of books like these, each one of which, if really read, really assimilated, by the person to whom it happens to appeal, will enable that person quite unconsciously to furnish himself with much ammunition which he will find of use in the battle of life.

A book must be interesting to the particular reader at that particular time. But there are tens of thousands of interesting books, and some of them are sealed to some men and some are sealed to others; and some stir the soul at some given point of a man’s life and yet convey no message at other times. The reader, the booklover, must meet his own needs without paying too much attention to what his neighbors say those needs should be. He must not hypocritically pretend to like what he does not like. Yet at the same time he must avoid that most unpleasant of all the indications of puffed-up vanity which consists in treating mere individual, and perhaps unfortunate, idiosyncrasy as a matter of pride. I happen to be devoted to Macbeth, whereas I very seldom read Hamlet (though I like parts of it). Now I am humbly and sincerely conscious that this is a demerit in me and not in Hamlet; and yet it would not do me any good to pretend that I like Hamlet as much as Macbeth when, as a matter of fact, I don’t.

I am very fond of simple epics and of ballad poetry, from the Nibelungenlied and the Roland song through “Chevy Chase” and “Patrick Spens” and “Twa Corbies” to Scott’s poems and Longfellow’s “Saga of King Olaf” and “Othere.” On the other hand, I don’t care to read dramas as a rule; I cannot read them with enjoyment unless they appeal to me very strongly. They must almost be Aeschylus or Euripides, Goethe or Moliere, in order that I may not feel after finishing them a sense of virtuous pride in having achieved a task. Now I would be the first to deny that even the most delightful old English ballad should be put on a par with any one of scores of dramatic works by authors whom I have not mentioned; I know that each of these dramatists has written what is of more worth than the ballad; only, I enjoy the ballad, and I don’t enjoy the drama; and therefore the ballad is better for me, and this fact is not altered by the other fact that my own shortcomings are to blame in the matter. I still read a number of Scott’s novels over and over again, whereas if I finish anything by Miss Austen I have a feeling that duty performed is a rainbow to the soul. But other booklovers who are very close kin to me, and whose taste I know to be better than mine, read Miss Austen all the time — and, moreover, they are very kind, and never pity me in too offensive a manner for not reading her myself.

Aside from the masters of literature, there are all kinds of books which one person will find delightful, and which he certainly ought not to surrender just because nobody else is able to find as much in the beloved volume. There is on our book-shelves a little pre-Victorian novel or tale called The Semi-Attached Couple. It is told with much humor; it is a story of gentlefolk who are really gentlefolk; and to me it is altogether delightful. But outside the members of my own family I have never met a human being who had even heard of it, and I don’t suppose I ever shall meet one. I often enjoy a story by some living author so much that I write to tell him so — or to tell her so; and at least half the time I regret my action, because it encourages the writer to believe that the public shares my views, and he then finds that the public doesn’t. 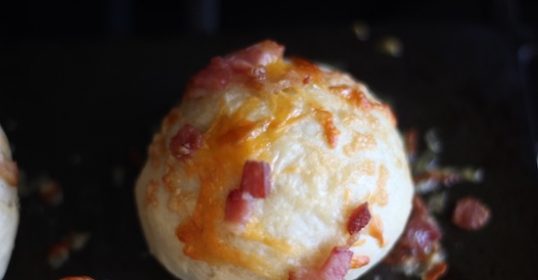