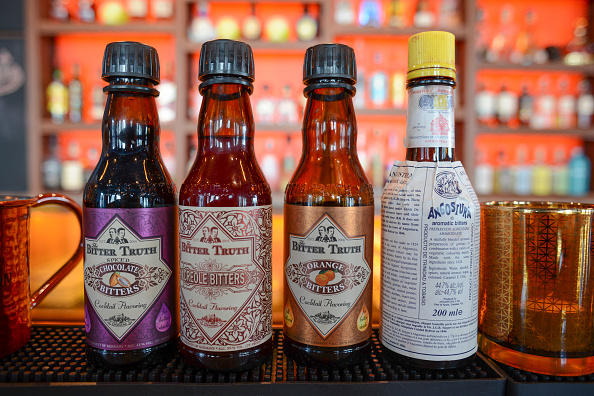 There are five elements of flavor in any dish or drink: sweet, sour, bitter, salty, umami. (Those first four are pretty self-explanatory; umami is a somewhat elusive term that basically means “savory.”) The best flavor experiences combine as many of those elements as possible; while some are sure to stick out — in a cake, it’s no doubt the sweetness — the others can provide a much needed complement so that no single component is overpowering. In that same cake, there’s assuredly a touch of salt, some bitter (chocolate and/or baking soda), possibly sour (perhaps in the form of a curd), and maybe even umami in a cream cheese frosting or an herbal addition.

When you stop and think about it, the dishes you love most are those that combine and balance all five elements of flavor.

In the world of cocktails, it’s pretty common to be served drinks that are too sweet, leaning heavily on just one, maybe two, flavor elements. But the best drinks are those that add unexpected components, like salty or bitter. If a drink tastes particularly balanced, not overly sweet or sour, it’s most likely incorporating one of these other elements. Most often, that secret ingredient that bartenders rely on is something called, naturally enough, bitters.

If you’re looking to boost your skill as a home mixologist, it’s worth getting to know this least understood member of the home bar.

Learning what bitters are and how to use them can be eye-opening and taste bud-enlivening for the connoisseur of cocktails.

What Are Cocktail Bitters?

Bitters constitute a super-concentrated, flavored liquid that adds a dose of the bitter element to any cocktail, mocktail, or even sauce and/or marinade.

Bitters contain a wide variety of different botanicals (the mixture and ratios of each brand are very tightly held corporate secrets) and are relatively simple to manufacture, at least compared to other alcohols: Those botanicals — fruits, herbs, nuts, roots, spices, etc. — are steeped in a clear alcohol for some amount of time. Then there’s generally a touch of sugar and food coloring added and it’s all filtered into a bottle. There’s no actual distilling or alcohol production happening.

Though the liquid is in fact alcoholic (to the tune of around 40% ABV, which is about the same as any spirit), you use such a small amount — just a few dashes in the vast majority of drinks — that bitters don’t impact the overall ABV of a drink, and they’re also fine for pregnant women and most teetotalers (not including recovering alcoholics, as the taste alone may be triggering).

There are also bitter spirits, like Campari (which makes a Negroni taste so darn good) and Amaro. These play more of a starring role in the cocktails which include them. I wouldn’t necessarily recommend keeping a bottle of bitter spirits in your home bar unless you’re loyal to a particular cocktail that uses them.

3 Bitters to Keep on Your Shelf

Angostura. The classic — if you have bitters in your home bar, this is almost assuredly the one. If a cocktail recipe calls for bitters, it’s nearly always Angostura. The recipe is a secret blend of ~40 herbs, spices, roots, and more (nobody really knows). The result is an almost spicy bitter flavor, led by cinnamon and clove. Angostura is found in a number of classic cocktails, most notably the Old Fashioned and the Manhattan. There’s no reason not to stock a bottle in your home bar.

Peychaud’s. Another classic and quite versatile. Given its French origins (via New Orleans), it’s no surprise that the leading flavors in Peychaud’s bitters are anise, licorice, and vanilla, giving it an absinthe-like quality. It’s not found in as many classic cocktails, but it does contribute to a mean Sazerac, which is one of my personal favorites.

Dealer’s choice. Besides these two classics, grab one other bottle of bitters in a flavor you particularly enjoy, or perhaps based on the season. I love all things cherry, so I keep cherry bitters on hand. It adds a grenadine-like kick to any drink, but without that syrupy, overly sweet intensity.

The options for bitters in today’s marketplace are legion. You can get almond, mint, a variety of fruits, general “herbal” bitters, celery, etc. Stroll on down to your local liquor store and see what they have available.

You might also notice one that I haven’t included: Regan’s Orange Bitters. It’s one you’ll see on a lot of lists, but which I’ve personally found does not have much flavor. In a home taste test with a few family members, it was unanimously the least distinguishable of any of the handful of bitters we tried.

How to Use Bitters

Plenty of cocktail recipes call for a specific kind of bitters, usually measured in “dashes.” A bottle of bitters is basically constructed like a hot sauce bottle; it comes out in dribs and drabs when you shake it. Various flavors of bitters are somewhat interchangeable — you can certainly use Angostura when Peychaud’s is called for — but the flavor profile is likely to be altered from what’s intended. A Sazerac made with Angostura bitters tastes quite a bit different than one made with Peychaud’s. That’s not always a bad thing, just be aware of it. A few dashes of bitters will have more say in the final flavor than you’d expect.

Here’s a fun test to try this out with friends or family: make three basic Old Fashioneds using a few different types of bitters. Combine 2 oz bourbon, 1 oz simple syrup (or a sugar cube), a couple dashes of bitters — easy peasy. Pour them out, just a couple sips’ worth, into individual tasting glasses and see what everyone thinks. Angostura bitters provide that absolutely classic Old Fashioned flavor; cherry bitters are a little sweeter and make for the most dessert-like drink; Peychaud’s will give it a licorice essence.

Now that you know how much bitters can add to a drink — and how different flavors can alter that overall taste — you can use them widely and experimentally with your cocktails and other libations.

To a Dark and Stormy, add herbal bitters to take it up a notch; to your favorite mocktail, add fruit bitters to balance the inevitable sweetness; to a nip of Scotch, add a dash of nut bitters to give it a little something extra.

If you don’t have bitters at all, you can definitely try a drink recipe without including it, but there’s a good chance it’ll be off-balanced. There aren’t really substitutes (outside of making your own bitters at home, which doesn’t take long, but is a pain), so your best bet is really to just head to the store and pick up a bottle for less than $10. It’ll last you years; a 5-ounce bottle is good for a couple hundred drinks.