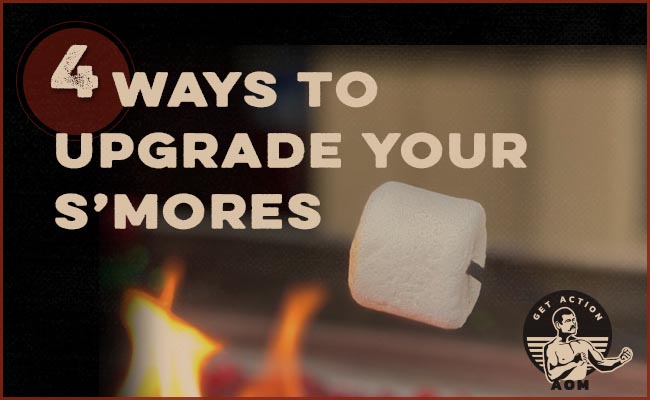 Few fall activities are as enjoyable as sitting around a campfire on a cool evening and roasting up marshmallows, either to enjoy on their own or as part of that quintessential campfire dessert: the s’more.

This classic treat has been around for about a century, finding immediate favor with Boy Scout and Girl Scout troops as early as the 1920s. Despite this venerable history, and though I’m a guy who generally respects tradition, I think it’s perfectly fine to toy with its long-standing formula in the modern age.

That begins with how the s’more is roasted: while campfire-generated flame is certainly ideal, if that’s not an option because you’re living under a burn ban or due to other circumstances, you can get perfectly suitable results in roasting your mallows over a grill, gas stove, or propane fire pit. You can also get indoor s’more makers powered by electricity or Sternos which are great for parties. You can even make them in the microwave or en masse on a baking sheet in the oven, though the results aren’t quite the same, and you miss out on attempting the masterful, delicate art of roasting your marshmallow to a perfect golden brown.

A break from tradition is also entirely acceptable when it comes to the actual recipe of the s’more itself. A sandwich of two graham crackers, toasted marshmallow, and ½ chocolate bar is undeniably tasty, but certainly does not represent the limits to which the s’more horizon can extend. A few swaps and tweaks can actually elevate the classic treat to new heights.

Over the last few weeks, with help from various friends and family members, I’ve experimented with a number of these s’more “recipe” variations and upgrades. The fun part of the testing was doing it sort of buffet-style, laying out all the possible ingredients and allowing everyone to sample and rank their favorite combinations. Our findings were dutifully filed (with sticky fingers), and you’ll find our recommendations grouped into the four categories below.

1. Swap Out the Hershey’s for Other Chocolates 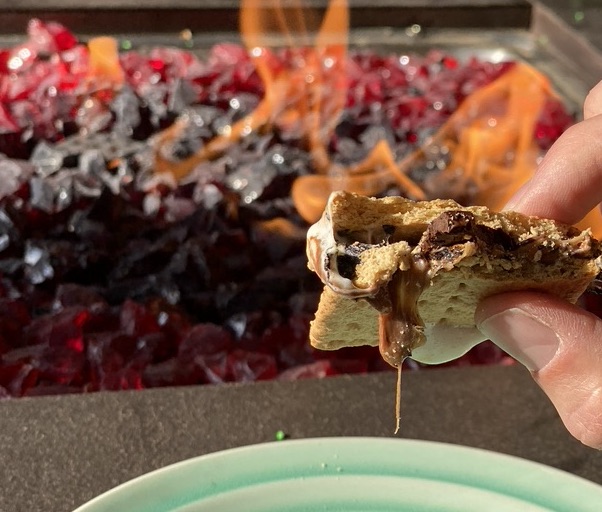 The first and best upgrade for your s’mores is to use other candies besides a plain old Hershey’s Milk Chocolate Bar. The thick, rounded shape of other candy bars (like Snickers) makes them a little tougher to work with, so look for alternatives that still have a flatter, easy-to-sandwich architecture. Taking a stroll down the candy aisle of a drug or grocery store will give you plenty of ideas to experiment with; here are a few that work particularly well:

Pro tip: With any kind of chocolate, let the just-toasted marshmallow sit on top of it for 20-30 seconds in order to let its heat melt the candy a bit. 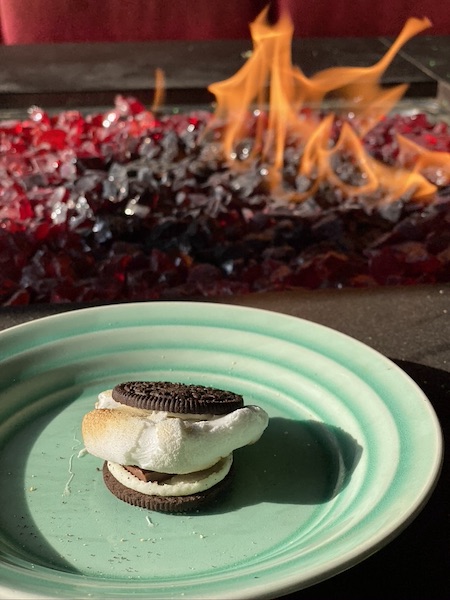 Besides swapping out the inner components of the s’more, you can also change the exterior. Rather than using a graham cracker, sandwich your marshmallow and chocolate (or other candy) between two scrumptious cookies.

Not just any cookie works, though. In our testing, the group consensus was that soft cookies, like Chips Ahoy Chewy, weren’t texturally different enough from the chewy marshmallow. It all just sort of blended together. It wasn’t an unanimous opinion though — one of our friends indeed loved the chewy cookie s’more.

Any crunchy cookie will do, though something too crunchy will just squish the marshmallow out the sides and back as you’re chomping down. It requires a surprisingly Goldilocks approach, which thankfully just involves some tasty experimentation. Here are a few can’t-miss options:

A note on Oreos: The tactic there is to separate the Oreo and put the toasted mallow between the two pieces. I added an extra bit of chocolate bar, too. Though the Oreo is admittedly a touch small, the result is, nonetheless, a chocolatey, creamy concoction with a perfect textural balance of creamy, crunchy, and melty-squishy. 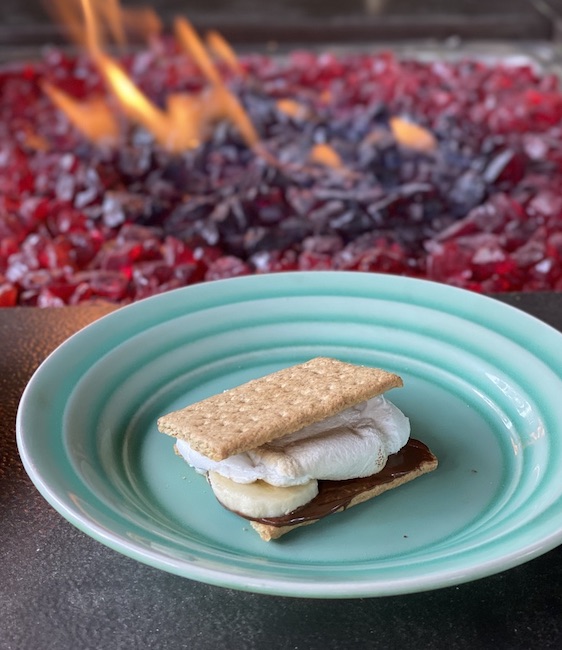 Just because a standard s’more has only three ingredients — cracker/cookie, chocolate, and marshmallow — doesn’t mean you can’t add more elements into the mix. Fruits (their natural sweetness adds a nice balance to the artificial sugariness of the mallow), nut butter spreads, and even everyone’s favorite salty meat add another layer of flavor to the sandwich. Try: 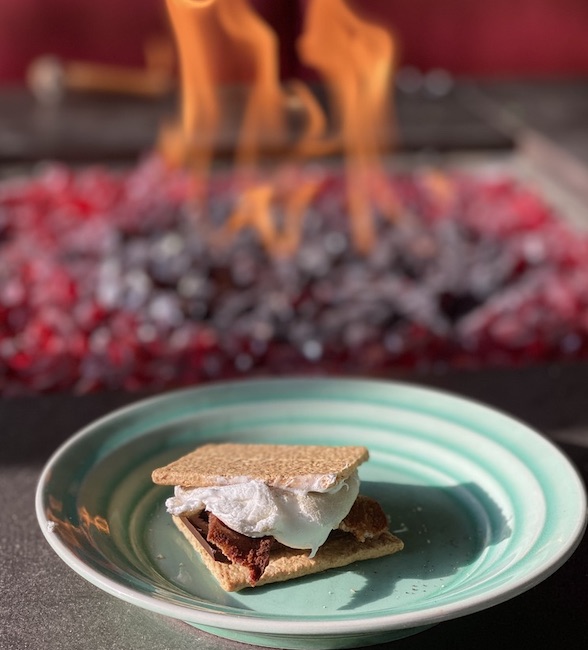 A note on the bacon: Yes, it requires some prep work — bacon needs to be cooked beforehand — but it adds a salty, crispy complement to the sweet meltiness of the mallow. The key is to add more bacon than you’d think. We started with just half a strip, thinking the strong flavor would more than hold its own. But it actually just got lost in the marshmallow. With a full strip (split into two halves to offer better coverage), you can really taste the bacon and get all the flavors together.

4. Dip It in Baileys 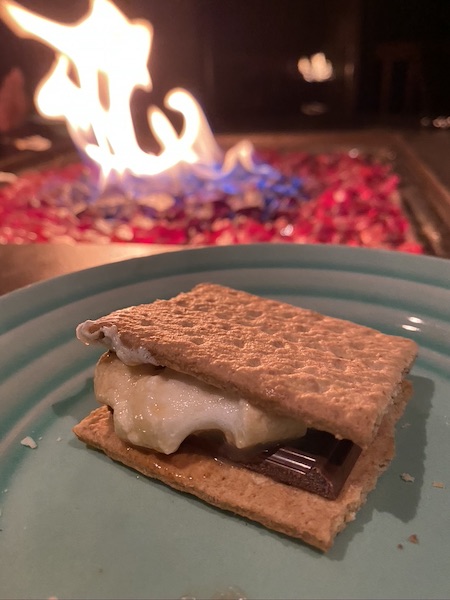 S’mores are often thought of as a kids’ treat, but they’re of course enjoyed by all ages — and the grown-up set will particularly like this last twist. While there are a number of ways to use booze in a s’more, we found the best to also be the simplest: pour a few ounces of Baileys Irish Cream into a small dish; then, after toasting the marshmallow and while it’s still on the roasting stick, dunk it into the liquid and place it on a prepared cracker. You’d think it would be messy, but it’s really not.

What at first seemed like it would be a kitschy idea turned out to be one of my favorites. This one can (and should) be utilized in combination with any of the above. The Baileys adds a wonderful, almost surprising flavor to any of the other upgrades (or just a regular ole s’more, or roasted mallow on its own). I didn’t expect to actually taste the Baileys as much as I did. Delish.