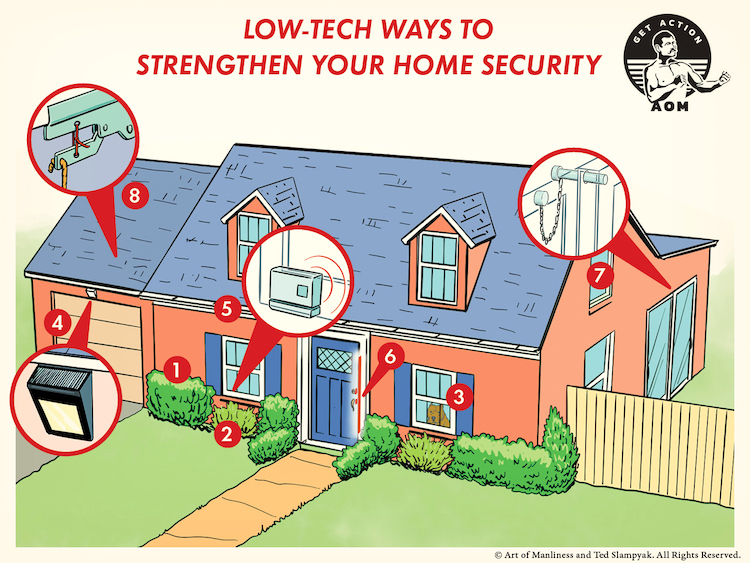 When people think about home security, they typically think about installing fancy cameras and alarm systems.

These are fine lines of defense, but such high-tech solutions are not only pricey, they’re fragile. What would happen to your home security in a grid-down scenario? Would your house be left vulnerable and become an easy mark for theft and home invasion?

Low-tech home security devices are not only inexpensive, they’re resilient — able to operate even in the absence of electricity and WiFi. Here are 8 ways to strengthen your home security that aren’t tied to the grid:

1. Landscape home for maximum visibility. Don’t allow your landscaping to provide cover and hiding spots for crooks. Prune or replace trees and bushes so that criminals will be more visible as they approach your house.

2. Plant thorny bushes underneath windows. Prickly bushes with sharp leaves or thorny branches planted beneath your ground-level windows not only make it more difficult for a would-be burglar to access these entry points, but can also serve as an evidence collection tool in the event of a successful break-in; blood, skin, and torn clothing captured by your shrubbery can be used to track down the bad guy. Holly, rose, or berry bushes can all work as effective biological barbed wire; find a plant that will grow well in your local area.

3. Get a dog. A dog makes for not only a faithful companion, but a handy layer of home security. Even small, non-physically imposing dogs can be helpful here, as their barking will alert you to danger, and potentially scare off the bad guy before he even attempts to get inside. Burglars often say they will skip over a house with a dog to avoid tripping this canine alarm system. If you want to go a step further, and have a dog with the confidence, intelligence, and protective instincts to face down a would-be intruder, Boxers, Bullmastiffs, Doberman Pinschers, German Shepherds, and Rottweilers are all recommended as excellent guard dogs.

4. Install solar-powered motion-detecting lights. Motion-activated floodlights near shadowed areas increase deterrent-creating visibility around your property. They’ll only come on when someone’s activity in the area trips their sensors. Install motion-detecting lights that are solar-powered, so even if your electricity goes out, you’ll still get the security benefit of their illumination.

5. Install cheap door/window alarms. These affordable, battery-powered alarms utilize magnets to detect when a window or door is opened. Easy to install — often with simple adhesive. These alarms aren’t only handy for knowing when an intruder is coming in, but alerting you to the fact that your prone-to-roam toddler is going out.

6. Install door reinforcement hardware. Your door has a few weak points.The first is near the strike plate on your door frame where the latch or deadbolt tongue connects with the frame. The second is near the deadbolt itself. The third is at the hinges. When a door is kicked or rammed open, it’s usually at one of these points that the door breaks. You can shore up these vulnerable areas with a door reinforcement kit. It basically reinforces those weak spots with metal plates, allowing your door to withstand more physical force without breaking. There are door reinforcement kits made for standard doors as well as French doors.

7. Install pin locks on double-hung windows and sliding doors. Certain kinds of windows and doors are more vulnerable to break ins. These include some double-hung windows (where both the bottom and top sash can be opened/closed), which are made with a less-secure latch and can be jimmied open from the outside with a crowbar. Sliding/patio doors are also easy to breach, as the simple latch lock they often utilize is easily bypassed (sometimes just by jiggling it). A sliding door can also be bypassed by prying it out of its tracks. You can buttress security on these entryways by installing pin locks. A pin lock basically acts like a nail that’s placed in between the active and stationary parts of a window/door, preventing them from moving. Installing a pin lock isn’t a terribly complicated process, but you definitely don’t want to drill into the glass; watch a quick video to ensure you know what you’re doing. Sliding doors can also be secured using a loop lock or a security bar.

8. Zip tie the manual release on your garage. Most garage doors have a gap between the frame of the door and the door itself. This allows a burglar to insert a hanger inside your garage and pull the release mechanism that enables the manual operation of your door. Once they’ve done that, they simply have to push the door up and open to gain access to your garage, and possibly your whole house. You can prevent this burglary hack by simply putting a zip tie through the hole that connects the manual release to your garage door’s automatic carriage. Now when the criminal tries to do the old hanger trick, he won’t be able to engage the manual release. (By yanking the emergency pull handle — the rope that dangles from the carriage — sufficiently hard, you should still be able to engage the manual function yourself in an emergency.) You can also straight lock your garage door. Most modern garage doors have locks that slide through the door’s rails. If yours doesn’t have that, you can install one easily. Most people will find it inconvenient to lock and unlock their garage every day; this is something to do when you’re going to be away from home for a while. 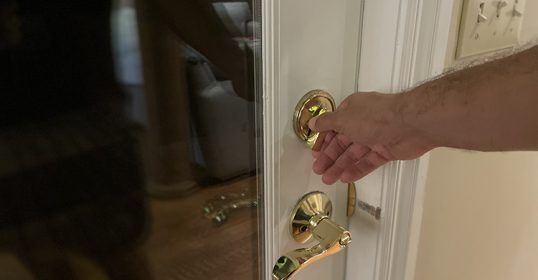 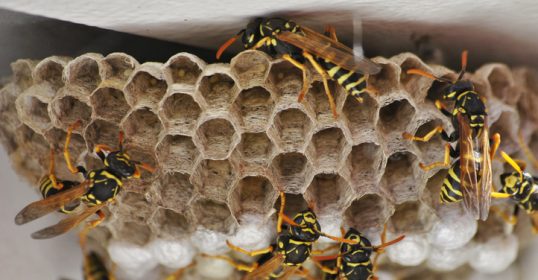 What to Do About Wasps