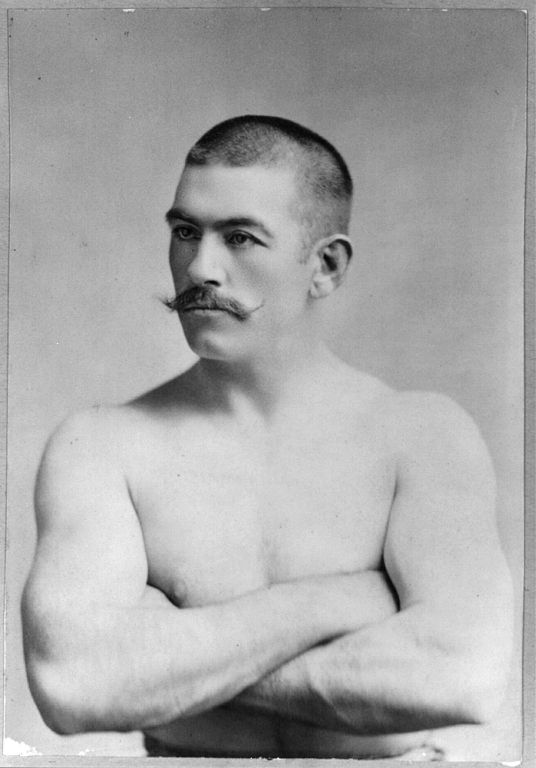 At the end of last August I decided to start an experiment on naturally increasing my testosterone levels. Kate and I had just finished a month-long series called Heading Out on Your Own: 31 Life Skills in 31 Days. We cranked out a 2,000-4,000 word post every day for 31 days straight. Writing over 75,000 words in less than a month was physically and emotionally taxing on both of us. We were hardly sleeping, were eating like crap, and our workouts became spotty. On top of that, we were stressed to the max.

Knowing a bit about the link between testosterone and a person’s health habits, I had a suspicion my T-levels would be in the tank. Curious, I got myself tested at a lab here in Tulsa.

My suspicion was confirmed.

I had below average testosterone levels.

My total testosterone was 383 ng/dL, which is near the bottom of the reference range of the lab I used.

My free testosterone (testosterone available for your body to use) was 7.2 pg/mL, which is below the reference range. According to many websites, I was a candidate for testosterone replacement therapy.

After recovering from the shock that I had such puny amounts of the virile serum floating through my bloodstream, I got busy crafting a plan on how I was going to raise my testosterone in a natural way. I wanted to see how making some simple, long-term lifestyle changes would affect my T-levels. I gave myself 90 days to see what sort of results my efforts would produce.

I had doubled my testosterone.

But is it really that big a deal? Does testosterone really make the man?

Why You Should Care About Your Testosterone Levels

Forget what you think you know about testosterone for a minute. Try to scrub your mind of juiced-up bodybuilding bros in the gym or paunchy middle-age men rubbing prescription gel on their soft bellies.

The subject of testosterone has picked up some unfortunate associations recently, but in reality it’s something every man should understand and be concerned about — whether he’s an egghead or a jock, a grandpa or a college student.

How so? A man is more than his hormones, right? Doesn’t being a man mean stuff like taking responsibility, working hard, and having integrity?

Sure. But do you know who else takes responsibility and works hard? Women.

When we defined manliness, we said that men and women share many of the same virtues, but often attain and express them in different ways. The metaphor we used was that of two different musical instruments, playing the exact same notes, but producing two different sounds — each which adds rich music to the world.

Testosterone is what shapes the form of your instrument — your body and mind — and the “sound” it makes. And for a long time now, there’s been a lot more flutes in the orchestra than tubas. The notes being played remain the same, but the music’s gotten a whole lot less brassy.

Men ARE Less Manly Than They Used to Be

There’s been a lot of talk recently about what’s the matter with men these days. Some folks think men just don’t seem as manly as they used to be. When they compare their grandfathers with men today, the latter just don’t seem to stack up. Plenty of theories get thrown around as to the reason behind this perceived decline in manhood — changing economy, video games, feminism — and much of it is bunk.

But there is in fact one thing about manliness that we can objectively point to as being in decline. Testosterone levels.

Most of you probably know that your individual testosterone levels fall as you age. But studies have shown that men today, across the population, have about 20% less testosterone than men the same age did just two decades ago. That’s a huge dip.

What’s causing this decline? Rising obesity and less smoking, for starters. The latter, while causing a myriad of deleterious health effects, actually increases your T. Go figure. But even when these factors are taken into account, they don’t explain the whole decline. It has been theorized that environmental toxins are also playing a big role. Many modern household products and foods contain chemicals that raise your levels of estrogen, and decrease your T.

Not only does this society-wide drop in testosterone negatively impact men’s health and well-being, which we’ll talk about in more detail in the next post, but it also likely affects the preponderance of traditionally masculine ways of thinking, acting, and feeling.

So if you’ve ever felt like men today just don’t have the same swagger, the same virility as your grandpa did, that they don’t look and act as masculine as the strapping men you see in black and white photographs, well it turns out it’s not all in your head. There’s a reason guys today are more like the Biebs than the Duke, and it’s because we don’t have as much T flowing through our veins anymore.

Even if you’re healthy and young, the testosterone deck is stacked against you. And I know plenty of men who regularly live their lives like I was back in August: they eat garbage, they don’t exercise, they get little sleep, and they’re stressed out. On top of the health issues like obesity, high blood pressure, and diabetes that come with such poor lifestyle choices, these gents are likely lowering their T levels even further.

Unfortunately, instead of making the lifestyle changes that would allow their bodies to naturally create optimum testosterone levels, more and more men these days are asking their doctors to prescribe expensive (and potentially dangerous) testosterone replacement therapies.

The sad thing is that many doctors are pushing this artificial testosterone on their male patients instead of encouraging them to lose some weight, get some exercise, and get a bit more sleep. Unless you’re suffering from a severe thyroid problem or have had testicular cancer, there’s really no reason to use artificial testosterone replacement therapy. You can increase your T levels naturally by making some simple changes in your lifestyle.

When I first began my testosterone experiment, I really didn’t know much about it. And what I found in my research is that good, accessible information on the subject is surprisingly hard to find. So what I’ve decided to do is devote a week on the site to helping men understand what testosterone is, how important it is to their health and virility, how to get tested for it, and how to naturally increase it.

Here’s the roadmap for the rest of the week.

Monday: The Benefits of Testosterone – Men of all ages should take advantage of the myriad of powerful benefits that come with having optimal levels of testosterone. I’ll also discuss some of the myths about testosterone.

Tuesday: Understanding Testosterone – We’ll take a look how our body creates testosterone so we can understand how we can increase our T naturally.

Thursday: How to Increase Testosterone Naturally – In my final post I’ll share with you everything I did to double my testosterone.