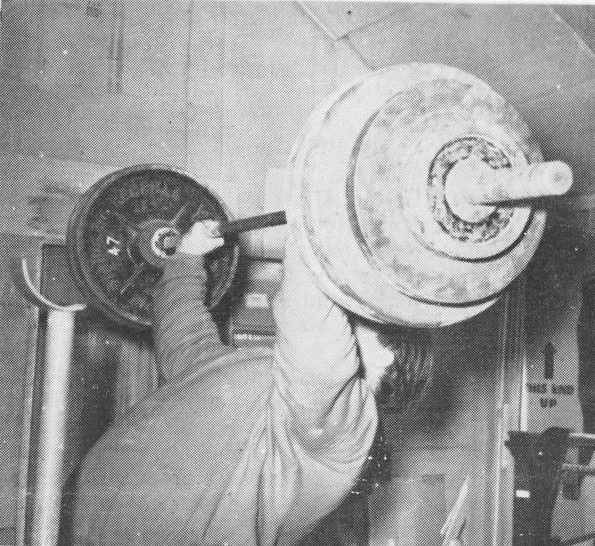 Editor’s note: This is a guest post from Kamal Patel.

But how many of those supplements actually help you build muscle? Just because some of them helped a diabetic lab mouse put on muscle over a two-week period doesn’t mean you’ll experience the same effect. Animal research is a good way to set the stage for future human studies, but it’s no substitute.

What you eat, how you exercise, the amount of sleep you get, and what you supplement all play a role in building muscle. Just keep in mind, supplements are nowhere near as important as diet, exercise, and sleep. Those three are your foundation. Without supplements, you’ll still build plenty of muscle, assuming your exercise routine is consistent, your diet is healthy and contains enough protein, and you get enough quality sleep. Supplements are just the icing on the cake. They’ll help you push yourself a little harder.

So which supplements actually work?

Likely to Be Effective

Creatine is a popular supplement for a reason. It’s effective at increasing muscle protein synthesis, and it improves power output, which also helps increase muscle growth.

How does creatine work? For those who remember their high school biology, creatine acts as an extra reservoir for phosphate groups. When your body starts running out of readily-available ATP (for example, when lifting weights), creatine can help donate some phosphate to ADP (to give your body more ATP). In terms of real-life application, creatine basically gives your cells a bit more extra energy.

Taking creatine can also cause 5-10 lbs of water-weight gain. The stress from extra water causes muscle cells to grow faster. This is one reason why creatine supplementation increases muscle growth over the long term. Novice weightlifters see more benefits with creatine than seasoned athletes, since they have more muscle to gain. (That doesn’t mean athletes shouldn’t take creatine though.)

Creatine is cheap, healthy, and provides a variety of benefits (as it is essentially cellular energy, it has been linked to benefits to overall health). Not everyone responds positively to creatine, meaning some people don’t see any benefits from creatine supplementation. Athletic people are more likely to respond to creatine, compared to sedentary people.

Protein powder is a popular go-to supplement. Though the first protein powders to hit the market tasted like chalk, today’s powders are cheap and delicious. They’re as good as or better than other protein sources for bioavailability and amino acid balance, which makes them very useful when you want to eat chocolate with the nutritional profile of chicken. Whey and casein protein are processed from milk, and can be essentially treated as dehydrated foodstuff. And they’re high in calcium.

There’s nothing special about protein supplements, but they’re very useful for getting enough protein in your diet. Protein powder is a practical way to supplement for muscle mass and power.

Beta-alanine isn’t as effective as creatine, but if you’re into maximizing your potential, it could be worth a try. Beta-alanine is an amino acid which is turned into carnosine in the muscles. Carnosine protects muscle cells from excess acidity, like the kind that’s produced during intense exercise.

Beta-alanine is also useful for lifters who tend to favor shorter rest periods and longer sets, since supplementation increases endurance and the amount of work that can be done in one go. Just keep in mind beta-alanine does nothing for power output (unlike creatine).

Researchers in one study observed an increase in muscle growth after beta-alanine supplementation, even after they controlled for the extra work people supplementing beta-alanine could do in the gym. That means that beta-alanine might help you build muscle on top of its ability to increase endurance.

Not Likely to Be Effective

Technically, BCAAs increase muscle protein synthesis. Practically speaking, supplementing BCAAs doesn’t have any useful effect because every time you eat something with protein in it, you’re already consuming BCAAs. Common protein sources for lifters, such as whey or meat, are typically quite high in BCAAs.

They can be beneficial if you work out while fasting, but since eating a little bit more protein at your next meal is nearly as effective, it’s cheaper and easier to stick to real food. If you do buy BCAA powder, it is recommended you get a flavored one.

Nitric oxide boosters are more of a category than a single supplement. Popular supplements in this group include L-arginine, L-citrulline, and agmatine.

Elevated nitric oxide levels increase satellite cell proliferation (which is part of building new muscle cells), improve blood flow by relaxing the blood vessels, and increase the efficiency of mitochondria. All of these effects can theoretically build muscle.

When it comes to supplementation though, nitric oxide boosters still have a way to go. The body has a limit on how much L-arginine it absorbs. L-citrulline itself is converted to L-arginine in your body, and thus hits the rate limit again. Thus, neither supplement is reliable at increasing the concentration of nitric oxide in the blood. Agmatine is mostly untested on people, with no evidence for its muscle building effects. Manipulating nitric oxide levels may be a good way to build muscle, but the supplements currently on the market won’t help.

HMB is a metabolite, produced as the body metabolizes leucine (a BCAA). HMB is thought to prevent muscle protein breakdown, also called catabolism.

Unfortunately, it doesn’t affect sports performance, it isn’t more anabolic than leucine, and it doesn’t help you build muscle. HMB might be useful to preserve muscle during caloric restriction, but more research is needed to determine if this effect is practical. One caveat: a study published in early 2014 using free form HMB showed impressive muscle and strength gains when used during intense lifting cycles (but not during caloric restriction). Most HMB products in the market as of summer 2014 do NOT use this form, so they would not confer the benefits shown by the study. And this study’s findings have not been replicated, so as always buyer beware.

Protein powders are great, but what happens when you add a ton of sugar, fatty acids, and mark up the product by 200 percent? You get the mass gainer shelf at your local supplement store.

Mass gainers are protein powders with too many extras added. They’re marketed to people that don’t realize they can have a protein shake without consuming the equivalent of a few candy bars in the process.

Instead of using a mass gainer, blend oats, yogurt, and berries into your protein shake. It’s healthier for you and it tastes better too.

Glutamine is vital for the functioning of muscle cells, and if you injected it into a muscle cell, it would definitely cause growth. Oral supplementation though? No such luck.

Glutamine is retained by the intestines and liver after oral supplementation, and they provide the body with glutamine on an as-needed basis. A lot of research has been done on glutamine for athletes, and it’s consistently failed to increase muscle mass.

Keep Calm and Lift On

That should cover most of the popular supplements sold for building muscle. We did leave testosterone boosters for tomorrow, as they require a more thorough explanation.

As you can see, there aren’t many muscle-building supplements that live up to the hype. The truth is that the basics of muscle building remain simple and tried and true — lift heavy, eat plenty (including protein), and get enough sleep. Remember to treat supplements exactly as the name implies — a supplement to a solid base.

You can find all of our citations on Examine.com.

Kamal Patel is the director of Examine.com. He has an MBA and an MPH (Master of Public Health) from Johns Hopkins University, and was pursuing his PhD in nutrition when he opted to go on hiatus to join Examine.com. He is dedicated in making scientific research in nutrition and supplementation accessible to everyone.