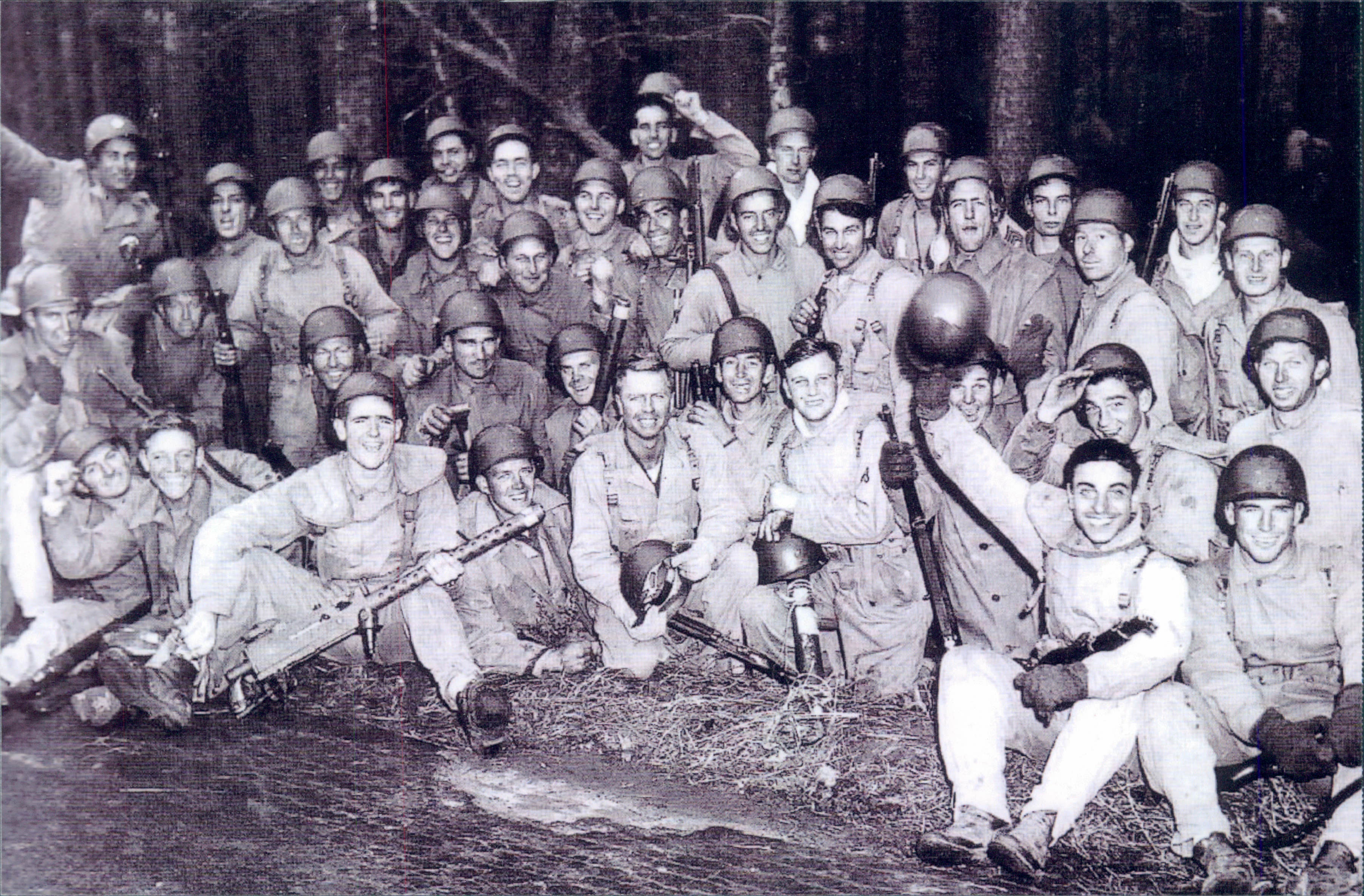 How do you remember what you don’t know? How do you appreciate what you have not experienced?

A few years back I moved to LA to begin a graduate program. All the university’s on-campus housing was filled, so the only room I could find to rent was in the home of my advisor’s father, a World War II veteran named Nate Miller.

Nate’s wife had recently died, so his son thought it might be good for him to have company. Nate had lived in the same bungalow in Buena Park since the war, raised two sons, and enjoyed a quiet life since his days in combat. Other than a smattering of high school history, I knew little about World War II or what its veterans had been through, or about any war’s veterans. I was clueless about what would come next, like nearly anyone of my generation would have been as a veteran’s housemate.

Nate kept a big russet Doberman named Diana that did business all over the front lawn. One day I mentioned to my new landlord that it might be appropriate to have the stuff picked up once in a while. “Aw, that ain’t nothing,” Nate said. “You should see a Kraut’s helmet lying on the ground when its still got his brains in it.”

Underneath his pillow by night or his chair cushion by day Nate kept a loaded pistol. He warned: “If you come home late, make sure you yell so I know it’s you. I might blow a hole in your guts.” Most evenings Nate fell asleep in front of the TV. The only way into the house was through the front door, near the TV. I’d come home and face a dilemma: should I shout and wake the old man, or let him sleep and risk a bullet?

Nate spoke in monologues, often repeating stories. Most were ornery tales suited to the pool halls he frequented. But one story was unlike the others: He was fighting in Hurtgen Forest, late 1944. It was winter, freezing, with blood on the ground and heavy artillery resistance. The forest was so ripped full of lead you couldn’t even cut down a tree for firewood because you’d break your saw, Nate said.

In a lull in the fighting, a group of the world’s toughest soldiers scraped snow from fallen logs, and a chaplain came and spoke to the men. As many times as Nate repeated this story he always ended with the same line: “I seen a lot of fancy churches while in Europe-huge cathedrals-but that was by far the best church I ever went to.”

Nate said it in sincerity, not to disparage cathedrals, but to mark the solemnity of the moment. For all his rough edges, Nate was a reverent man. He loved his country. He loved freedom. There was more to this man than his outer veneer.

A while ago my agent phoned about a book project. Lieutenant Buck Compton, one of the original Band of Brothers, wanted to write his memoirs. I agreed to the project immediately, then in a quieter moment wondered what I had done. All I knew about veterans was from renting a room for one semester from Nate Miller.

As work began on Lieutenant Compton’s book, strangely, I felt that my ignorance brought vitality to the work. Since I didn’t know anything, I needed to ask Buck everything. What’s a Regiment? Why do they award Silver Stars? How does a Thompson differ from an M-1? Buck was ever patient. He’d look at me, sometimes incredulous at the questions I asked, but always willing to explain.

As I worked, I found myself looking at the world differently, through the lens of a veteran.

A new personal determination emerged. If the men of Easy Company could run up and down Mt. Currahee each day-a seven-mile trip-while training at Camp Toccoa, then I could certainly go for my morning jog without complaining as much as usual.

Challenges were seen in a new perspective. In December I went to a car auction and stood for two hours in the snow as each vehicle came to the block. As I stamped my feet to stay warm, I reminded myself I wasn’t fighting in Bastogne with my feet wrapped in burlap bags.

I came to see soldiers as men willing to lay down their lives for the sake of others. They fight for themselves and the generation under immediate attack, but certainly they fight for the futures of free peoples. Decades beyond World War II, I am one who benefited. That I can vote in presidential elections and not bend my knee to Hirohito’s grandson is testament to the enduring work of veterans. That I can write books for a living instead of sweating in a Third Reich factory is a product of Allied triumph.

What is my hope for my generation? As a whole, we’d probably admit casualness in our patriotism. Many view Memorial Day as little more than a good day for a barbecue. But I wish we might glimpse anew the freedom we’ve been handed. I wish we would read books about veterans and watch war movies and talk to veterans and rent rooms from them. I wish we’d pray that future generations will never be called upon to make the same sacrifices as those who gave up everything for the sake of freedom.

And I wish we would live as those who have been given much. That is what I take from soldiers like Nate Miller, Buck Compton, and all the veterans who have fought and died in the name of liberty. They have given much, so that we might live for what matters.

Listen to our podcast with Marcus:

Mr. Brotherton is the co-author of Call of Duty with Lt. Buck Compton. His newest book, We Who Are Alive and Remain: untold stories from the Band of Brothers, tells the stories of 20 surviving members of Easy Co.