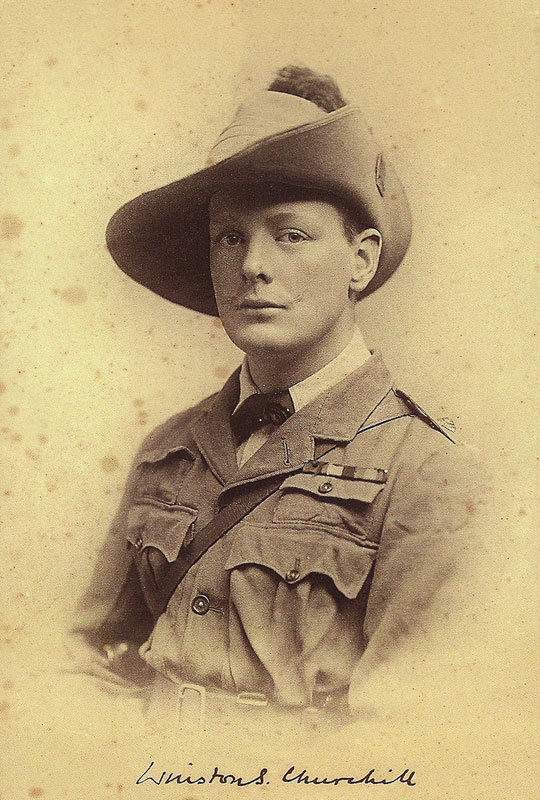 Editor’s Note: Though Winston Churchill had a magnificent adulthood, and said he had become “happier every year since I became a man,” he still looked back on his twenties as the most resplendent period of his life (at least before his experiences in WWII!). During this time he graduated from the Sandhurst military academy, and then traveled the world as a cavalryman and war correspondent. In his autobiography about his youth, he charged young men coming up in the world to make as much of their twenties as he had of his.

Excerpted from My Early Life, 1930
By Winston Churchill

I passed out of Sandhurst into the world. It opened like Aladdin’s Cave. From the beginning of 1895 down to the present time of writing I have never had time to turn round. I could count almost on my fingers the days when I have had nothing to do. An endless moving picture in which one was an actor. On the whole Great Fun! But the years 1895 to 1900 which are the staple of this story exceed in vividness, variety and exertion anything I have known—except of course the opening months of the Great War. When I look back upon them I cannot but return my sincere thanks to the high gods for the gift of existence. All the days were good and each day better than the other. Ups and downs, risks and journeys, but always the sense of motion, and the illusion of hope.

Come on now all you young men, all over the world. You are needed more than ever now to fill the gap of a generation shorn by the war. You have not an hour to lose. You must take your places in Life’s fighting line. Twenty to twenty-five! These are the years! Don’t be content with things as they are. ‘The earth is yours and the fulness thereof.’ Enter upon your inheritance, accept your responsibilities. Raise the glorious flags again, advance them upon the new enemies, who constantly gather upon the front of the human army, and have only to be assaulted to be overthrown. Don’t take No for an answer. Never submit to failure. Do not be fobbed off with mere personal success or acceptance. You will make all kinds of mistakes; but as long as you are generous and true, and also fierce, you cannot hurt the world or even seriously distress her. She was made to be wooed and won by youth. She has lived and thrived only by repeated subjugations.