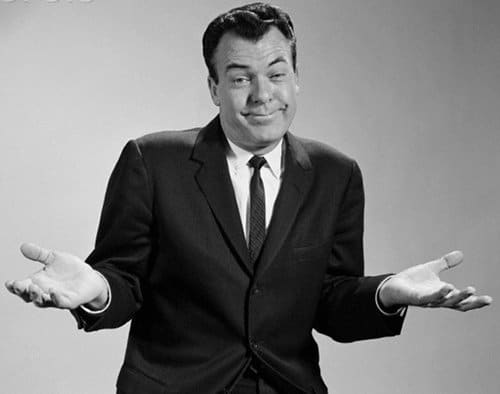 When you run a website for a living, you get a front-row seat to the nature of online rhetoric. Each day dozens of comments are submitted to the blog and their quality varies widely. Some are highly intelligent and articulate – enjoyable to read even when they disagree with the content of an article. On the other end of the spectrum are comments that are so logically unsound, poorly written, or grammatically incorrect that they kind of make you fear for the future of humanity (truly). Most comments fall somewhere in-between.

For better and for worse, the internet has become our town square – the place where we connect, debate, and dialogue. Unfortunately, online communication doesn’t always rise to the level of its potential. There’s a lot one can say about the ins and outs of the art of rhetoric, but today let’s take a quick look at three easy ways to elevate it just a bit.

How you start an online comment – whether it’s on a blog, Facebook, or forum, is important. It’s your comment’s first impression, if you will. You’re setting the tone for what you’re going to say. Will people want to listen to you and consider your thoughts and perspective? In order to step right out of the gate in a civil and intelligent manner, I recommend avoiding these three methods of starting a comment. In my humble opinion, no man worth his salt should employ them. Ever.

“I hate to be pedantic/nitpicky/that guy, but……”

A man always says what he means. And yet “I hate to be ____” statements invariably preface a point that is precisely of the nature the writer claims to hate! “I hate to be pedantic, but nonplussed means the opposite of how you have used it here.” If you truly hated to be pedantic, you would not be someone who felt compelled to correct small errors that you found on the internet. So why not own up to and embrace your nitpicky nature and drop the false pretense? Of course if you feel the need to frontload a cushion onto your statement like that, perhaps it’s best to reflect on why. Maybe your correction isn’t so important after all.

This opening salvo is yet another violation of saying what you mean, and is a sure sign that a man is responding more emotionally than logically. New York Times television critic Neil Genzlinger argues that the snarky, faddish “Really?” is “undoing 2,000 years’ worth of human progress.” Now he was being purposefully hyperbolic, but still, he’s on to something. As Genzlinger explains, “Really?” used to be employed to express genuine surprise or the earnest desire for more information. “Catherine’s leg got chewed off by a shark.” “Really?” But now it has become a one-word sneer, used to “indicate a contempt so complete that it requires no clarification.” This, Genzlinger writes, is what makes “Really?” a “cop out word,” for “it relieves the user of having to clarify his own position or approach new ideas with genuine curiosity.” This is the crux of the problem with “Really?” or “Seriously?” – they are often used in place of a true, nuanced, intelligent argument. It’s a rhetorical shortcut for when you’re steamed about something but can’t be bothered to explain why in a coherent or civil manner.

Occasionally, people do preface their online argument with a “Really?” and then go on to flesh out their criticism further. You already know that the person you’re responding to really means what they say, or else why would they have posted it? So why bother opening your comments with a question you’re asking not out of sincerity, but in order to express your disdain for them and their ideas? Why frontload your argument with contempt? Good rhetoric — that is to say convincing, influential rhetoric — stays civil and even starts out by building common ground before segueing into areas of disagreement.

I’m not sure that “Really?” is eroding modern civilization, but I might put my vote in for “meh” for that role. In all seriousness, “meh” might be my least favorite word (if you can call it such) in the English language.

“Meh” is used to show one’s indifference, boredom, and most commonly, a state of being utterly unimpressed with something. The reason it rankles is because it implies a relationship to the world in which the writer is a passive consumer, and everything else exists to entertain and interest him. Basically, he expects everything he consumes online to align with his own personal standards, interests, and tastes. If these inflated expectations are not met, he is disappointed. “I, the emperor of one, am not well pleased! Send in another jester!”

I am puzzled by these expectations. Sometimes the media I consume greatly pleases me, sometimes I feel it falls short. But I am rarely disappointed. I don’t feel it their job to please me; I create my own pleasure. An educated man should never be bored. I figure something may not have appealed to me, but may have appealed greatly to someone else – my own taste is not a foolproof metric for judgment. I also realize it’s natural for the human producers of any kind of content (be it novels, albums, televisions shows, or blog posts) to have high points and low points.

If something does actively disappoint me, I am not inclined to comment on it. And that’s my beef with “meh.” If something bored you, and you don’t wish to engage with it, why bother saying so? “Meh” expresses indifference, but an indifference not thorough enough to resist making itself known. As John Hodgman put it, meh “universally seems to signal: I am just interested enough to make one last joyless, nitpicky swipe and then disappear.”

Hodgman also touches on another unfortunate aspect of meh: “It’s part of the toxic Internet art of constant callous one upsmanship.” Someone will convey some kind of passion, enthusiasm, or interest in something, and someone else will come along and pour a cold bucket of water on that fire with their droll “meh.” A “meh” says “I’m too cool/intelligent to get worked up about something as dumb as this. Too bad you haven’t attained the same level of sophistication as me.”

In short, “meh” aims to show one’s indifference to something based solely on its lack of alignment with one’s personal taste. It’s what you reach for when you lack the discipline to remain silent, or are too lazy to make an argument, and no thumbs up, thumbs down button is within reach.

Are there other words or phrases that you feel should be jettisoned in order to elevate online discussion? Share your meh-less, really-less opinions with us in the comments!