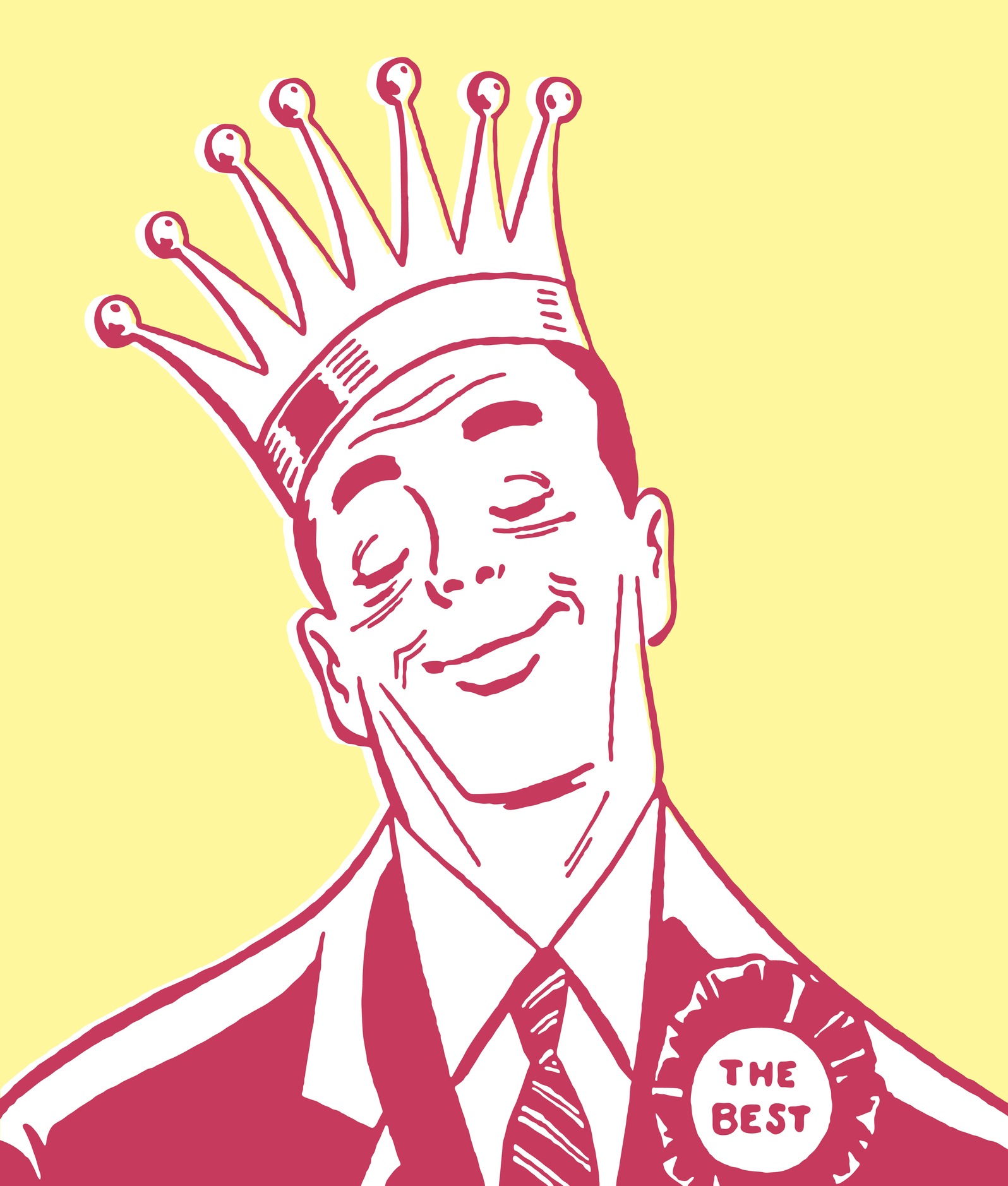 Editor’s note: The following is an excerpt from Log Off: How to Stay Connected after Disconnecting by Blake Snow.

That’s the reason it’s difficult for many individuals to leave the internet — even for as little as a few hours in the evening, over a weekend, or on vacation. In short, the internet makes us feel like kings. It is the ultimate concierge.

“Bring me this,” I demand, and it does. “More!” I say. It complies. “Still more!” It does not disappoint. “Let me watch, this, that, and the other.” Each time, I ask, it delivers, because it’s endless. When I run out of requests, I move to new subjects and interests.

To meet our demands, the internet must always listen to us. It gives us its undivided attention. Unlike humans, the internet never fails to recognize our presence, our thoughts, or our input. It is always there. It never leaves the room. It never takes vacation. It never fails in making us feel like we have a full-time personal assistant, if not a cadre of them.

But since the internet cannot empathize with us, we need it to talk back. It does that, too, with countless links, search results, and even spoken replies now. In worst-case scenarios, it at least has the courtesy to say something like “cannot compute” or “Zero results. Did you mean this, that, or the other?” And so we ask it something else.

In the event the internet is unable to supply what we ask of it — say, a physical experience, creation, or sensation — it will simulate that experience as often as we like from all possible angles: videos, photos, secondhand observations, and reviews by those who have actually experienced what we’re after. Some would say it’s even better than the real thing.

In other words, the internet offers power, or at least the illusion of it. That’s the real reason the internet is so addicting. For the first time in human history, mere serfs can convincingly simulate the experience of kings and exercise dominion over digital domains — their own fantasized corner of reality. On the internet. With a sea of subjects.

Hence, the internet gets abused, more by some than others. But it’s not the internet’s fault. It’s ours. As with all things in life, humans abuse power. The internet just happens to be the latest and greatest abuse of power, at least for the masses.

In addition to making us feel powerful, the internet tickles our need for socialization. Although it fails to recreate human touch, physical presence, live emotion, or free-flowing conversation, the internet is better than the alternative, even if it can only provide a colder, diluted, less meaningful, or synthetic form of socialization.

For instance, I tell it, “Show me how many people I know, and make me feel like I’m involved in their lives.” Thanks to social media such as Facebook, Instagram, and other networking tools, the internet can do that now, too.

Obviously, there are lots of live humans to interact with on the internet. But we usually only get to interact with the remnants of one, e.g., a typed artifact left long ago, such as an old email or an even older online comment. While online, we really only interact with traces of humans, often at the expense of real-time correspondence.

Instant messaging and online gaming are obvious exceptions. But even those fail to convey nonverbal language, which accounts for more than 70 percent of communication, by most accounts.

Consequently, the vast majority of one’s online time is spent in isolation — well more than 90 percent by some estimates. In other words, it’s lonely at the top for online kings. But unlike real-world kings, online ones don’t necessarily sacrifice relationships by burning bridges. We willingly neglect them.

How could this be? We are social creatures, after all. Why would someone willingly subject themselves to loneliness, isolation, and stale social interactions in pursuit of virtual reality?

Science has the answer. It comes in two parts. The first is dopamine, a rewarding chemical the brain releases that causes us to want, desire, and seek out favorable experiences. Previously thought to be the cause of pleasure, “Dopamine actually makes us curious about ideas and fuels our search for information,” I was told by Dr. Susan Weinschenk, a respected behavioral scientist.

From an evolutionary standpoint, that’s a good thing. “Seeking is more likely to keep us alive than sitting around in a satisfied stupor,” adds Weinschenk. But under the distorted conditions that we now live, dopamine becomes a problem. One internet artist cleverly visualized this with “The Evolution of Computer Man,” which depicts a slouched chimpanzee evolving into a lurching ape, a tool-using and upright Neanderthal, and ultimately a Homo Sapien hunched over a desktop keyboard or smartphone.

Which brings us to the second part of the answer: cheap, instant, and near-limitless gratification, which perfectly describes the internet. Under those rare and revolutionary conditions, an estimated 15 percent of people (and growing) get stuck in an endless dopamine loop.

Remember that time you went online in search of a simple answer, only to find yourself, two hours later, clicking on links that had nothing to do with the original answer you sought? That’s a dopamine loop. It’s the scientific reason we end up online more than we plan to. It explains why we can’t put our smartphones down. It explains why some people neglect real life in favor of virtual life. And it leads to compulsive disorders, similar to those who are addicted to chemical stimulants and depressants such as cocaine, caffeine, methamphetamines, nicotine, and alcohol.

“Dopamine starts us seeking, then we get rewarded for the seeking, which makes us seek more,” explains Weinschenk. “It becomes harder and harder to stop looking at email, texts, web links, or our smartphones to see if we have a new message or alert.”

Worse still, research shows the dopamine system is bottomless. Since it doesn’t have satiation built in, dopamine keeps demanding “more, more, more!” And it goes absolutely bonkers when unpredictability is introduced — say, an unexpected email, text, or app alert from who knows what and who knows whom. Surprise! It’s just like Pavlov’s famous and classically conditioned dogs, for those who remember your introductory college psychology course.

“It’s the same system at work for gambling and slot machines,” explains Weinschenk. “Since dopamine is involved in variable reinforcement schedules, it’s especially sensitive to dings, visual alerts, or any other cue that a reward is coming, which sends our dopamine system raging.”

And so we stay online and on our phones longer than anticipated. We forgo our offline lives. It’s science.

You see, many of the world’s most powerful individuals have died alone. Their pursuit of power usually comes at the expense of unpaid relationships. At the end of life, they predictably find themselves surrounded by no one, wishing they had spent less time working (the number two regret of the dying, according to Bronnie Ware’s excellent research) and more time developing relationships (number three on her list).

And so it is with our online lives. Yes, the internet simulates friendship, community, and conversation better than anything the world has ever seen. But it’s no substitute for the real thing.

In fact, no evidence suggests that Facebook, Twitter, and other so-called “social” media have actually increased the number of social interactions taking place offline (at least unpaid ones).

The same is true of the entire internet. It’s a phenomenal resource — the penicillin of my generation, the linchpin of the information age, if not something more.

But we’ve abused it. We’ve corrupted it. And we’ve gotten big-headed as a result. “I was a winner online, but a loser offline,” one recovering user recently confessed to me.

It’s time we kill the king.

For more than a decade, Blake Snow has written and published thousands of featured articles for half of the top twenty U.S. media, including CNN, NBC, Fox News, USA Today, Wired Magazine, and many other fancy publications and Fortune 500 companies. He lives in Provo, Utah, with his supportive family and loyal dog. To learn more, please visit blakesnow.com.