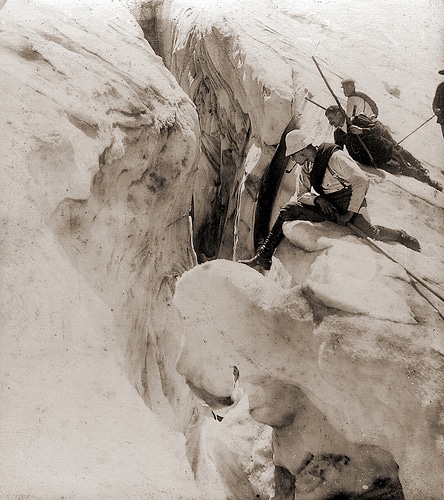 “The essential thing ‘in heaven and earth is’…that there should be a long obedience in the same direction; there thereby results, and has always resulted in the long run, something which has made life worth living.” -Friedrich Nietzsche, Beyond Good and Evil

In 1989, Wyoming native Mark Jenkins set out with three Americans and four Russians to become the first to bicycle all the way across Siberia, starting at the Pacific port town of Vladivostok and ending 7,500 miles later in Leningrad. Battling mud, wind, injuries, and sub-zero temperatures, the 5-month journey took them through hundreds of villages, an 800-mile swamp, the Ural mountains, and a culture permanently hardened by the savage taskmaster of communism. The trip planted the team in the Guinness Book of World Records, but what made it remarkable was not that it was long, but that it was hard — brutally, numbingly, painfully…hard.

We don’t come across that word too often when discussing heroes or success. Everything we long for is easy and instant. Without a shortcut to the end we often conclude that the journey isn’t worth the time and effort. We want everything neatly packaged and ready for immediate consumption — our food, our friends, even our faith. Our lives have come to resemble those of tourists — wanting the experience, but not wanting to stay long enough to risk experiencing the realities that come with permanence and commitment. In fact, “hard” has become more of a scarlet letter rather than a badge of honor. Let’s face it, the idea of spending years busting your butt at the same job or pursuing the same goal has become downright antiquated, a fool’s game.

Abraham Lincoln and Andrew Carnegie are finding their stories of long persistence quickly displaced by those of the flash-in-the-pan celebrity tabloid genre. Teenage phenoms, reality “stars,” 20-something internet billionaires, and people for whom success and its spoils came swift and early are the new cultural heroes and idols. With each new fresh-faced superstar, the idea of success as a secret formula to be unlocked rather than something to be worked for is slowly cemented into our brains.

“He or she is naturally gifted,” we proclaim, inwardly hoping that we too can find our own hidden talent or skill to make us famous, rich, or at least…noticed. The books and seminars that sell out most quickly are those that promise the easiest steps to a better life — the secrets that have been known for ages by the rich and famous, but somehow managed to escape your radar until this very moment.

This “easy” epidemic has reached every aspect of our culture from health to education to relationships. People don’t want to workout and eat healthy because it’s hard. No problem, according to the creators of 1,000 different diets promising a great body with little to no effort. As for expanding one’s knowledge, why waste time reading a whole book when you can get the gist from the Cliff Notes? And relationships? Well, working through marriages can be difficult, so “experts” have stepped in to hand you a Kleenex and pat your back as they tell you, “You deserve to be with someone who adores you for you, don’t feel bad about ending things and moving on to someone new who will better meet your needs.”

At some point it has become acceptable to avoid things because they’re hard. Success has become some sort of self-help scavenger hunt with all of us desperately wanting to find an easier way than just grinding it out, a magic solution to life’s equation waiting to be uncovered. We cut corners and call it “optimizing.” We take the path of least resistance and dress up our cowardice in the guise of efficiency. And in doing so, we’re killing ourselves, one life-hack at a time.

There’s nothing wrong with working smarter or making things more simple. There’s no reason to make something harder than it has to be. And I’m not suggesting we go back to plowing fields by hand or walking uphill both ways to work. The problem is that many of us have begun to think that if something is hard, it is automatically wrong and must be changed or substituted immediately. In the process we often fail to reach our real goals, substituting in ones that are more “realistic.” And more importantly, we rob our character of some much needed pruning. We’re missing out on a fundamental truth of manhood — doing things that are hard molds boys into men of strength and character. 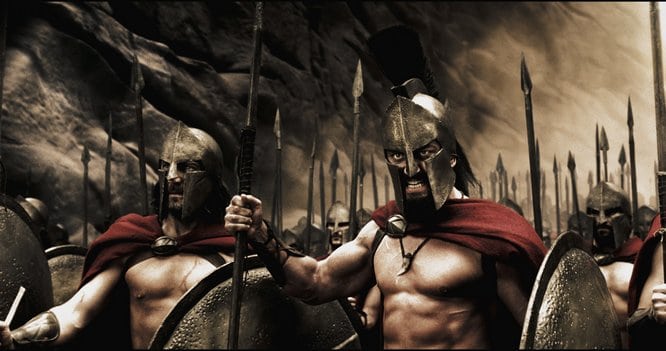 In the recent blockbuster smash 300, audiences and critics were shell-shocked by the ripped and chiseled bodies of the actors and stuntmen involved. How did they get so jacked? Surely they were Hollywood-ized, right? Wrong, says Mark Twight, the man behind the regime that molded these actors and stunt men into Spartan warriors. Writing to the critics he responded curtly:

“It appears everyone has an opinion about ‘300‘ and how the actors and stunt crew achieved the level of fitness, and consequentially, appearance for the movie. I have read that it was all CGI, make-up, steroids, etc. However, no one has come right out and said, ‘those guys worked really hard and had the self-discipline to control what they put into their mouths.'”

In short, these guys got their stuff handed to them 10-12 hours a day, five days a week for four months. It wasn’t pretty and they didn’t get the usual, “Way to go buddy!” or “‘Atta boy!” after each set. Instead they were called losers and mocked for being fat. Not the kind of positive, feel-good, self-congratulation you would find most life-coach gurus promoting. It was brutal, it wasn’t fun, but it worked. It was hard…hellishly hard. Lead actor Gerard Butler summed up the experience saying, “Pretty much anything Mark Twight offered up was so difficult in the kind of way where you wish you had never been born – and even more than that, wished he had never been born.”

Absolutely nothing replaces hard work. No shortcuts, no 5 steps to success, no secrets. This may come either as a blessing or a curse depending on how one looks at it. But, what makes the hard way so important for men is not just the end result, but the character built along the way.

It may sound cliche, but the journey we take often matters much more than the destination. How we live our lives each hour, each day determines the type of men we will be in ten years. Knowing this, we should construct our lives to embrace difficult challenges which will mold our character into one of discipline and perseverance. In doing hard things on a daily basis we’re constantly training ourselves so that on other days, in other situations, we can remain solid.

The hard way may be scoffed at as old-fashioned, but it produces integrity and strength far more meaningful and concrete than any gold star along the way. This method of living produces men who remain faithful to their wives and children, decade after decade. Men who refuse to sacrifice their integrity for short-term results or gain. Men who at the end of the day are fulfilled with the fruit of their labor. Men who finish a marathon rather than simply starting a million sprints.

If we can develop in ourselves a certain zeal for the hard things in life we will reap the benefits for years to come. Not only victories won along the way and character developed, but a fulfilled life at the end of the day. As legendary football coach Vince Lombardi once put it:

“But I firmly believe that any man’s finest hour, the greatest fulfillment of all that he holds dear, is that moment when he has worked his heart out in a good cause and lies exhausted on the field of battle — victorious.”