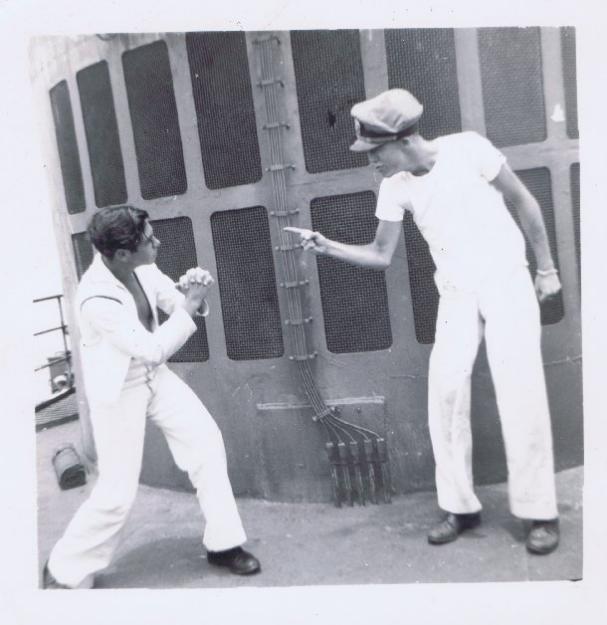 “No answer still. I thrust a torch through the remaining aperture and let it fall within. There came forth in return only a jingling of the bells. My heart grew sick — on account of the dampness of the catacombs. I hastened to make an end of my labour. I forced the last stone into its position; I plastered it up. Against the new masonry I reerected the old rampart of bones. For the half of a century no mortal has disturbed them. In pace requiescat!”

In the Cask of Amontillado, Edgar Allen Poe paints a haunting picture of one man’s mission of revenge. After bearing a “thousand injuries” and a grievous insult, Montresor decides he must punish his antagonist, Fortunato, “with impunity.” “A wrong is unredressed when retribution overtakes its redresser, says Montresor. “It is equally unredressed when the avenger fails to make himself felt as such to him who has done the wrong.”

And so under the guise of seeking his opinion on some amontillado, Montresor lures Fortunato deep into the cold, damp catacombs. When they arrive at a niche in the walls, Montresor chains Fortunato to a rock and slowly begins to wall up the enclave brick by brick, leaving the stunned and confused nobleman inside to die a slow and agonizing death. Montresor’s revenge is complete.

The idea of justified revenge is one of the most common themes in masculine literature, movies, comic books, and video games. From the Count of Monte Cristo, to The Punisher, to Red Dead Revolver, revenge is often the driving force behind our most popular stories.

For thousands of years we have cheered the manly and heroic character who personally sought to avenge the wrong done to him or to his loved ones. The more perfect and complete his plot for revenge, the colder the dish served, the more delicious and admirable we find it. When the evil doers finally get their comeuppance, we are filled with vicarious satisfaction.

The great satisfaction we derive from stories of revenge is quite understandable. Revenge played a healthy role for much of our evolutionary history. Within tribes, revenge ensured that misdeeds were punished and deterred would be wrong-doers from committing egregious acts in the first place. Eye for an eye. It was a rudimentary but effective way to mete out justice. And since it was men carrying out this basic form of law enforcement, perhaps we shouldn’t be surprised that our brains appear to be hard-wired towards justice.

So if the desire to seek revenge comes so naturally, why should we attempt forgiveness? Is forgiveness even manly?

What Does It Mean to Forgive?

As men I think we often resist the idea of forgiveness both because it seems contrary to the idea of justice and because it seems like an action born of weakness. After all, many people equate forgiveness with letting someone off the hook for their crime and allowing them to get away with wrongdoing. Doesn’t the lack of just punishment encourage the person to commit the same act again and put us in the position of condoning their crime? And if so, is forgiveness for suckas? For whipped push-overs?

But true forgiveness shouldn’t involve ignoring the issues of justice. It does not preclude justified anger. It shouldn’t be a get out of jail free card you bestow upon everyone willy nilly. It is not something you agree to simply to avoid conflict. It should not involve being a doormat who allows someone to hurt you over and over again. It is not the same as reconciliation, and it does not mean that you forget what has happened, nor that you automatically trust a person again.

What it does mean is that you let go of both your ill-feelings towards the offender and your need to personally balance the scales of justice. It’s a process whereby the antagonism you feel for the offender is replaced with compassion.

Sound sissy? It’s not. In fact, summoning the strength to forgive someone can increase your manliness is a variety of ways-

The reason it’s easy to cheer for revenge in a movie is that typically the plot is set up in a very black and white way. The hero is an admirable and virtuous guy; the villain is pure evil and kills the hero’s family simply because his heart is a black lump of coal.

Of course the real world is rarely so simplistic. Seeing things in black and white is generally reserved for children.

At a certain point the boy must become a man. Maturity involves the ability to step into another person’s shoes and see things from a different perspective. It requires a mind that understands the human condition and recognizes people as truly complex creatures, with frailties, failures, and checkered histories.

You need not condone the wrong someone did, but you should try to understand it, and them. Okay, your dad was a dick, but why was that? Probably because his dad was a dick to him and that’s all he knows about being a father.

Did your friend do something completely out of character? What was going on at the time? Was he acting out of the hurt of his recent break-up?

Sometimes people do wrong us randomly. And perhaps these offenses are the most difficult to deal with. But even then the person typically has a screw loose; something is just not right upstairs.

Forgiveness can change your whole perspective on life and people. We come to see others as fellow travelers in this world; everyone’s walking around with various wounds and various capabilities for dealing with those hurts and angers. They’re not evil villains who are out to get you, but people stumbling around, trying to do the right thing, and sometimes failing miserably. Kind of like….you.

Being a man means taking personal responsibility for your life. But we often hold onto our grudges because they make for handy excuses, excuses that keep us from finally growing up. We can’t forgive our dad for what he did to us because when we do we will no longer be able to use that as an excuse for our personal failures. We’ll have to move forward and accept full responsibility for our lives. And that can be scary.

When we hold onto a grudge, we hold onto our identity as victims. We let someone else’s actions define us. When we forgive, we decide that we define who we are.

Puts You in Control

By withholding forgiveness you feel like you’ve got the upper hand on someone. You can dangle reconciliation on a string, make them continually grovel with contrition. Grudges thus offer the illusion of power and control. Yet they can’t fulfill that promise.

Because ironically, the offender is still the one holding your puppet strings. Your mental state is dependent on them. You’ve made your happiness contingent on another person: you need to show me X and treat me like X for me to be happy. If we wait until the other person is sorry, we’re giving them control over us-we’re waiting on them. Don’t give them that power. When you choose to forgive you embrace your free choice and agency-no one can make you feel like shiz without your permission.

When we hold grudges and plot our revenge, we limit our freedom. Yes, we get to keep the other person in prison and wield that power. But what we don’t realize is that we’re stuck in jail with them, having to play the role of the ever vigilant warden. You can put someone in the doghouse, but you better make room for two. Or as a Chinese proverb says, “He who seeks revenge should remember to dig two graves.”

Revenge eats us up from the inside. It’s a pile of coals that we hold in our hands, giving off heat while it burns our body. Once you let the other person go, you’re not just releasing them, but you’re releasing yourself, breaking free from the rotting prison and moving forward.

Allows You to Grow

What people usually won’t say out loud is that resentment and anger make us feel good-powerful, tough, untouchable. And having an enemy and plotting revenge gives our life purpose, a tent pole for our thoughts to revolve around. Where would superheroes be and what would they spend their time doing without an archnemesis?

But this kind of purpose is a dead end and a waste of our valuable energy, consuming us and retarding our progress.

When you come to a place of forgiveness, you can start to find meaning in your suffering. You figure out what you’ll do differently next time and come to an understanding of how the pain helped you grow and become a better man. Forgiveness can become a platform for leaping forward in life.

Blame and bitterness might make you feel powerful and tough, but they’re often a cover for the inability to face pain head on. Holding a grudge against your ex-wife, thinking about how much of a she-devil she is every time she crosses your mind is a coping mechanism. Continually drinking from the well of anger keeps the pain from the dissolution of your marriage at bay.

We use bitterness as a way to keep ourselves from having to mourn a loss. Once we let go of the anger, we’re forced to confront the pain directly. Forgiveness involves taking a risk; we have to open ourselves up to the past hurt and the potential of being hurt again. And that takes courage.

Perhaps the manliest benefit of forgiveness is the way it enables you to not only free yourself from being locked inside bitterness, but how it creates a powerful legacy for those who come after you. You may come from a family where generation after generation has been hurting each other and keeping those feelings locked up, sickening the men from the inside.

Instead of making the same mistakes with your kids as your parents did with you, forgiveness says, “The buck stops here with me.” You have the courage to acknowledge and feel the pain and then to let it go instead of passing it on. You have the power to weld a new link in the chain of generations, and manliness.

What do you think? Is forgiveness manly? Or is revenge the manlier way to go? Leave a comment and share your thoughts.