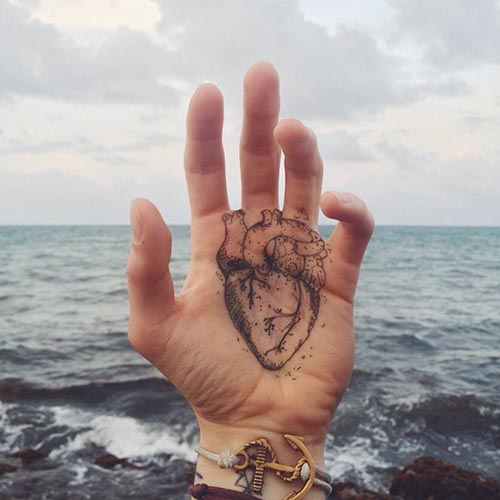 Several myths abound around the subject of men and emotion.

One is that the traditional quality of masculine stoicism developed for arbitrary, superfluous, indiscernible reasons. In reality, the ability to keep a “stiff upper lip” was necessary for men to carry out their universal roles as fighters and protectors — hunters and warriors. A man who could not hold himself together in the face of a threat became a liability to himself and others. Harsh as it may seem to those who live in privilege and peace, no man wants to be this guy, and no one wants that guy on their team.

Yet a second myth is that males have always been taught to embody this kind of emotional stoicism, about everything. The truth here is that while emotional control was indeed universally expected of men in tactical situations, in many cultures, males were free to be emotionally expressive in less fraught scenarios. Stoicism was a strategic tool, a mask men put on when it was needed, and removed when it was not.

A third myth concerning men and emotions is that, through the beneficence of the feminism movement, men have finally, finally been able to open up; from this perspective, men have become more and more expressive over time, with the liberation of male emotion moving in a steadily progressive arc into the present day. This view, however, is ahistorical.

While it is true that modern men are more emotionally expressive than men of the 20th century, our closest and thus most salient point for comparison, they are in some ways less liberated than the men who inhabited more distant periods.

In antiquity, even the most heroic of figures were unapologetic criers: Odysseus weeps for home, loved ones, and fallen friends; the great warriors in Beowulf and The Tale of Heiki cry buckets over both great spiritual questions and the death of comrades; the writers of the Christian gospels saw no contradiction in painting their savior as both powerful king and inveterate weeper. And it wasn’t just grief that these ancient figures felt free to give themselves over to, but their other passions as well. Achilles, for example, rages and sulks his way through the Iliad. Men in all traditional honor cultures were in fact so sensitive, so touchy, that a mere insult was cause for a duel to the death.

In the Romantic period, men celebrated sentimentality and emotion — even at its most intense and extreme. A bit of madness was taken to be a sign of artistic genius. It was believed that the best music, art, literature, and architecture was inherently moving, and evoked strong feelings of love, longing, horror, awe, or sadness. Men read poetry and stories to intentionally make themselves feel melancholic, wrote flowery love letters to women, and felt much more comfortable being both physically and emotionally intimate with their male peers. Indeed, it was perfectly acceptable for male friends of the 18th and 19th centuries to be openly affectionate with each other in ways that would be foreign to their modern counterparts, whether in the form of giving each other rather cozy embraces like these, or writing letters such as this one from 1763, penned by a recent graduate to his former college pal:

The sun never rose and set upon me since I parted from you, but he brought to my longing imagination the idea of my bosom friend . . . my soul is absorbed in contemplating the past, wishing for a reiteration and longing to pour forth the expressions of friendship, and receiving those that would calm the gloom, soften the horrors, and wholly extirpate the distractions that your absence creates—but I must have done and have scarce time to tell you how much I am your friend.

In truth, male emotionality has not advanced forward in a linear fashion, but instead has waxed and waned according to the period and culture. While these fluctuations depend on various factors, they particularly track the degree to which uncertainty is present in a society. When social norms and expectations are in flux, the playing field doesn’t seem level, the rules of the game aren’t agreed upon, and life generally seems chaotic, people feel more vulnerable. Emotional expression during these times seems risky, and as a result, stoicism as a behavioral strategy, as well as Stoicism as a philosophy, rise in popularity. It seems safer to retreat from the storms without, to what ancient thinkers of the latter school described as a “citadel” within.

A most illuminating example of this can be seen in ancient Rome’s shift from republic to empire. As Rome’s borders and population swelled and diversified, its culture lost its common rites and mores; expectations became more ambiguous, the responses of others to one’s behavior became more erratic, and whether or not certain acts would garner status and rewards became more unpredictable. Social trust eroded. As a result, what had been a traditional, outward-facing, emotionally incandescent honor culture, turned inward and individualistic, stable to the point of being stone-like. Stoicism spread. Feelings became increasingly controlled and hidden behind the walls of one’s inner fortress, so that others could not hurt, manipulate, or take advantage of them.

Given the similarities of this period to our own uncertain and chaotic age, we unsurprisingly find ourselves at one of history’s periodic ebbs in the expansiveness of feeling. The strange paradox of our time is that while we operate with the unexamined assumption that today’s males are more emotionally liberated than ever before, both men and women alike have simultaneously developed a deep skepticism of the value of emotions in general. Stoicism is being rediscovered. Within more pop psychology/philosophy, it’s trendy to say that feelings don’t matter, that feelings don’t count, that we should even “f**k feelings.” Wary young people don’t want to “catch feelings.”

Lacking the agency to control external events, we increasingly focus on managing our internal lives. Cynical and jaded, we have become what C.S. Lewis called “men without chests.”

Overall, we are living through a buttoned-up time that is much more like the mid-20th century in terms of suppression, repression, and the sterility of our emotional landscape than most people realize. This quote from Man’s Search for Himself, which was written by psychologist Rollo May in 1953, could have been penned yesterday:

The feeling of emptiness or vacuity which we have observed sociologically and individually should not be taken to mean that people are empty, or without emotional potentiality. A human being is not empty in a static sense, as though he were a storage battery which needs charging. The experience of emptiness, rather, generally comes from people’s feeling that they are powerless to do anything effective about their lives or the world they live in. Inner vacuousness is the long-term, accumulated result of a person’s particular conviction toward himself, namely his conviction that he cannot act as an entity in directing his own life, or change other people’s attitudes toward him, or effectually influence the world around him. Thus he gets the deep sense of despair and futility which so many people in our day have. And soon, since what he wants and what he feels can make no real difference, he gives up wanting and feeling. Apathy and lack of feeling are also defenses against anxiety. When a person continually faces dangers he is powerless to overcome, his final line of defense is at last to avoid even feeling the dangers.

We are so suspicious of feelings these days, because wearing one’s heart on one’s sleeve seems too dicey, exposing as it does the pulse of one’s earnest sincerity to ridicule — the criticisms of the ever digitally-present peanut gallery, the fluctuating whims of fate, the disappointments of an existentially-empty age. Our ability to get ahead seems so precarious that it feels as if one wrong move might get us off track. We must thus make each decision carefully, cognitively, with only the coolest of logic. To be swayed by emotions is to risk making blundering, life-damaging mistakes.

Implicit in this assumption is the final myth associated with men and emotions: that our feelings are inherently irrational. Blind, dumb, instinctual. Forces that just happen to us. When trust in emotion is at a low point, emotion is associated with irrationality, both are associated unflatteringly with women, and men seek to differentiate themselves as the cool, calculating, logical sex.

Emotions certainly can sometimes be unreasonable (just as Stoic principles can sometimes be the right tool for managing them). But emotions, even “negative” ones like anger, can also be perfectly rational and even strategic. Indeed, the ironic thing about the fact that trust in emotion wanes in times of uncertainty, is that the best way to navigate such a landscape is to embrace rather than retreat from them.

To dismantling the essential irrationality of emotions, and unpacking their underappreciated intelligence and value, is where we will turn next time.