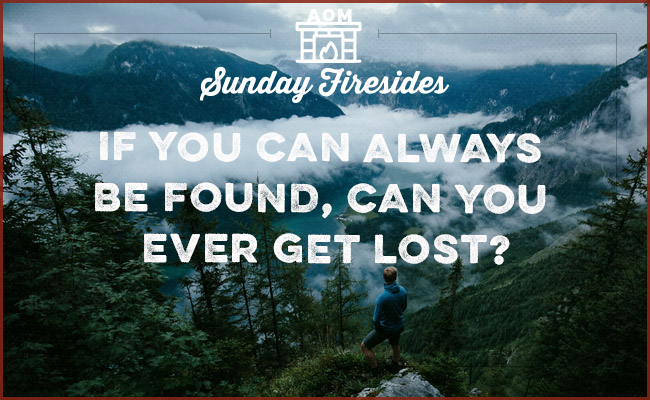 The other day I was taking a hike in a wilderness area, when I felt the pressure of my phone in my pocket, bringing its presence back into my consciousness, and triggering that all too familiar itch to check it.

Though I ignored that urge, it got me reflecting on the fact that texts, emails, and calls could find me even here, out in the woods. And how strange it is to live in a time when you can always be found, where you’re never out of touch, out of reach — outside the currents of communication.

I’m of an age where I can still remember when that was not the case. Calls could only find you when you were at home, or at work. All the in-between time was a blackout. For many blocks during the day — no matter if someone “important” thought they had to reach you — you were elusive, remote, beyond their orbit.

Surely, the omnipresence of communication technologies could come in handy in times of emergency. But the tradeoff for carrying a beacon for the 1% of time there’s a real crisis, is being reachable for more mundane dispatches the other 99%.

In reducing the risk of being physically lost, you thwart the possibility of getting mentally lost: lost in reflection, lost in conversation, lost in reverie for the world around you. You can never fully immerse yourself in one place, if the interloping tentacles from a dozen others can still find you, twisting around your wrist, fragmenting your thoughts.

Save your phone for work and home; leave it behind when you walk out the door; reclaim the in-between spaces; and see if in getting lost more often, you don’t find a little more of yourself.