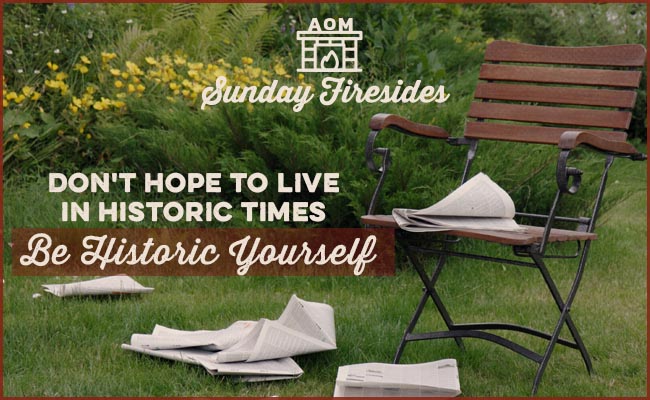 “If some great catastrophe is not announced every morning, we feel a certain void: ‘Nothing in the paper today,’ we sigh.”

The philosopher Paul Valéry made this observation in 1930, and it remains just as true nearly a century later.

It may seem a strange paradox of human nature that while we cognitively and outwardly wish for safety and peace, we simultaneously possess a visceral impulse — one we may not always be aware of or admit — towards chaos and disaster.

Yet, this yearning really isn’t so hard to understand.

Threat may generate anxiety, but anxiety is but a flavor of excitement. Threat animates adrenaline, quickens a pulse dulled by a workday which offers no challenge greater than taming one’s inbox.

Crisis puts one’s back against the wall, a surprisingly satisfying position from which choices are mercifully simplified and lent a weight and urgency greater than which restaurant to DoorDash your dinner from. It compels action you’d otherwise struggle to voluntarily will.

Emergencies, however destructive, represent something novel, something different from our ordinary, staid, day-to-day lives.

So we scan the horizon for coming or deepening turmoil, looking to the news to inject interest into our lives. And when current events don’t entirely deliver, we hyperbolize their import; everything is unprecedented and unparalleled; everything portends tyranny, revolution, fascism, civil war.

Failing to create a meaningful personal existence, we wish to at least inhabit a memorable public age — to become significant ourselves by association.

Maybe external events will indeed sweep you into an epic, heroic drama . . . but what if they ultimately don’t amount to much?

Rather than passively waiting for the next big story to break, intentionally author your own — strive to do something of note, to create a legacy, however small, within your family and community.

Rather than hoping to live in historic times, be historic yourself.