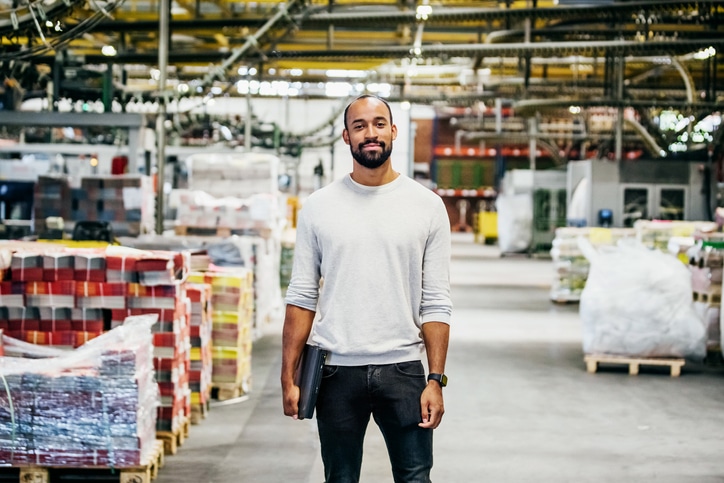 The above represents one of the most memorable and fist-pump-inducing quotes from Fight Club. And it certainly includes a lot of truth.

But you’re not your job? Well, that’s not entirely the case.

One of the most comprehensive studies on masculinity was conducted several years ago. It sought to uncover what gives men a sense of well-being, and it produced a surprising result.

A survey was given to thousands of American men in order to assess their “Positive Mindset Index,” which measured a matrix of their “happiness, confidence, sense of being in control, emotional stability, motivation, and optimism.”

The survey found that the very biggest determinant in a man’s PMI wasn’t a factor you might expect like relationships or health. It was work. “Job satisfaction,” the survey reported, “is by far the strongest predictor of positivity, being around three times higher than the next strongest predictor.”

A similar study done with men in the UK put the results this way:

Men who have high job satisfaction are very likely to be content in other aspects of their life. . . . Everything else — contentment at home, in relationships and friendships — flows down from men being satisfied at work.

This finding wasn’t about how much money men made in their jobs, but rather their sense of being valued at work and having an impact on their company’s success.

In a way, this finding cuts across a dogma we’ve been developing in the West for decades now: That what you do for work doesn’t define you. That the health, hobbies, and relationships you cultivate outside the office are more important. That you’re a human being, and not a human doing, damnit.

It’s the kind of thing that sounds great in the abstract. Yet, no matter how often we rehearse it cognitively and rhetorically, it never entirely resonates viscerally.

That’s because it ignores thousands of years of deeply ingrained human history. In every culture around the world, masculinity was defined by three imperatives: protect, procreate, and provide. Men have an innate drive to be useful, to be effective, to provide value to their tribe.

We’ve tried to get away from the reality that men derive crucial satisfaction from their work, not because it’s stopped being true, but because that satisfaction has become harder and harder to come by.

That is, because it’s become increasingly difficult to secure satisfying employment, we’ve generated ex post facto reasoning about how such work isn’t actually so important. It’s akin to the sour grapes phenomenon: “I can’t have this thing, but who cares? I don’t need it. It’s not so great, anyway.”

This cultural shift isn’t without significant value: you shouldn’t put all the weight of your identity and happiness on your job, and things like health, hobbies, and relationships can do a lot to compensate for lack of satisfaction at work. But, even if it seems unpopular and discomforting to do so, it also seems necessary to recognize that such factors can’t entirely make up for being unhappy in your job — a role you’re going to spend a third of your life pursuing. Your work is going to have an outsized impact on how you feel about everything else.

Believing that it doesn’t matter how you spend your 9-5 — that you can put in your stultifying bit while on the clock and then make up for it in your off hours — can lead to prematurely resigning yourself to doing work you dislike. But while it is indisputably far harder to get a satisfying job these days, not being content with the so-so, and attempting to find yourself a fulfilling vocation, may be one of the most worthwhile efforts you ever make.