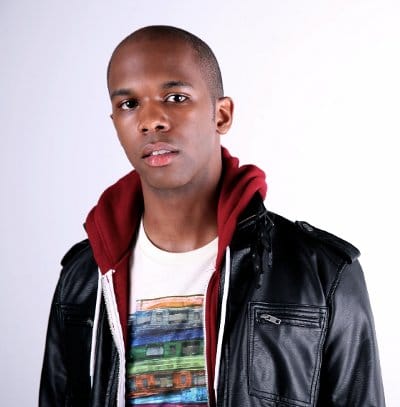 Not all musical artists pen their own tunes. Often they record a song given to them by a songwriter or work with songwriters to craft a hit. What’s it like to work in this interesting part of the music business? Today we get the scoop from songwriter Matt Palmer. In addition to writing songs, Matt is a singer in his own right. You can check out his debut album, Let Go, on CDBaby and iTunes.

My name is Matt Palmer, and I’m a 23 year-old R&B/Pop singer-songwriter. I grew up in Atlanta, GA, then moved to NYC for college, and I’m in the process of moving to LA. I write for the LA-based music publishing company, HoriPro, and it’s my job to collaborate with producers and artists to create songs for myself and other artists. I’ve been songwriting since I was 14 and started working with HoriPro in early 2009.

2. Why did you want to be involved with music as a career? When did you realize that’s what you wanted to do?


I grew up listening to music and singing in every choir available to me. I always loved to sing, and I think I realized I wanted to do it as a career around junior high. Then I formed a record label in high school, put out CDs, and made my friends buy them- haha!

3. You’re both a singer and a songwriter. Is this combination pretty typical for songwriters?

Yeah, it’s pretty common. Lady GaGa, Ne-Yo, and Bruno Mars all started out as songwriters and then became artists later on. To write great melodies, you have to be able to sing to some degree.

4. Is it hard to balance pursuing a career both as a singer and as a songwriter? Is there ever a temptation to keep the best songs for yourself?

At this point, it isn’t so hard because I can keep them very separated. When I lived in New York, HoriPro would fly me out to write with these major artists and producers, and it was very clear before the session that I would be writing from their perspective, so the songs wouldn’t even fit me as an artist. For the songs I write with me in mind, it’s absolutely possible that a signed artist would want to record and release that song, and I guess a part of me would be selfish and want to keep it for myself. But in the end, if someone like Justin Bieber is going to sing my song, millions of people are going to hear it. I’d be an idiot to pass that up!

5. How do you get ideas for your songs? What is the creative process for songwriting like?

I can really be inspired by almost anything. Sometimes a word or a phrase will just pop into my head, and I build a song around that. Other times it’s based on personal experience, my friends’ experiences, or even situations that happen on TV or in movies. Writing with major artists and producers is interesting because there are so many cooks in the kitchen, and I’m responsible for the lyrics and melody. It takes longer to craft something in that environment vs. working alone in my home studio, but with more perspectives you sometimes end up with a stronger song that relates to more people.

6. How does a songwriter go about breaking into the business? You’re signed with an entertainment agency-how does someone go from penning lyrics in his bedroom to working for an agency like that?

I think it’s different for everyone, but I would say that songwriters should put together a demo of their strongest songs and then just push them everywhere. I entered every online songwriting competition I could find and reached out to so many people I didn’t know, and one of the songwriting contests I won led to this publishing deal.

My publisher sends out my songs to heavy hitters in the music industry and takes meetings with A&Rs at record labels to see if a song of mine or my writing style would fit for their artist/producer. Then we see who responds and set up collaborations. If the session goes well, I’ll keep in touch with the producer or songwriter and we’ll get in contact again if a project we’d both be good for comes up.

8. How does payment for songwriters work? Do you only get paid if a song you wrote ends up being used by a musician? Do you get paid royalties as well?

I get paid an advance salary, and it’s basically to keep me afloat before my songs get released. As the songs get placed and released, I first have to pay back the advance money I’ve received and once I do, I start collecting royalties. If a song is recorded and not released in any capacity, I won’t get any royalties, obviously.

9. What is the best part of your job?

I love music and I love writing. It’s been my passion for so long, and I know this want I’m meant to do for the rest of my life.


Since this is so important to me, I take it very seriously, and I’m very particular about how I want my songs to be mixed and presented to the public. In most scenarios I’m fairly low maintenance, but I’m such a perfectionist with music, and I feel like I’m just nit-picking sometimes.

Work takes up a lot of my time now, since I’m still trying to make a name for myself. My family and friends are very understanding, thankfully, and even still I try to see them as much as I can.

12. What is the biggest misconception people have about your job?


That being a songwriter is easy money, and that since it’s pop music it doesn’t take much to write a hit. It’s a lot of hard work and takes a lot of struggle to get noticed in this industry – songwriting included. I’m really happy with how far I’ve come so far, but I’ve still got a long way to go until I can pop champagne in the club every night.


My advice for anyone trying to make it in the music industry – don’t give up! Collaborate as much as you can, put together a strong demo, and get your stuff out there.