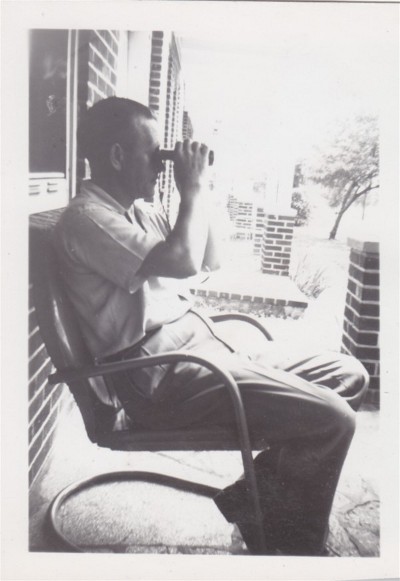 Occasionally, you read articles that make such an impression on you that you find yourself chewing them over for days and even months afterwards.

Such was the case for me recently with a great column I read a couple of weeks ago by David Brooks, a columnist for The New York Times. Pondering the recent wave of college graduations, Brooks laments the ways in which our culture ill-prepares young people for life after school. He writes:

“If you sample some of the commencement addresses being broadcast on C-Span these days, you see that many graduates are told to: Follow your passion, chart your own course, march to the beat of your own drummer, follow your dreams and find yourself. This is the litany of expressive individualism, which is still the dominant note in American culture.

But, of course, this mantra misleads on nearly every front.

College grads are often sent out into the world amid rapturous talk of limitless possibilities. But this talk is of no help to the central business of adulthood, finding serious things to tie yourself down to. The successful young adult is beginning to make sacred commitments — to a spouse, a community and calling — yet mostly hears about freedom and autonomy.

Today’s graduates are also told to find their passion and then pursue their dreams. The implication is that they should find themselves first and then go off and live their quest. But, of course, very few people at age 22 or 24 can take an inward journey and come out having discovered a developed self.

Within those few paragraphs, Brooks lays out the very best way to find a vocation. Indeed, it’s how I found mine.

How I “Found” My Vocation

A lot of AoM readers email me to ask for advice about what they should do with their lives. They feel like I might have some good insight into their dilemma since I seem to have been successful in finding my own vocation.

But I honestly didn’t really “find” my vocation, because I never actually went looking for it. Instead, it’s something I sort of stumbled into.

The idea for the Art of Manliness came to me in 2008 as I was browsing the men’s magazine section in a bookstore. It occurred to me that every month the men’s magazines put out the same old stuff: how to get six pack abs, how to bed as many women as possible, how to go on exotic trips most men will never be able to afford, and how to buy clothes that were well outside my budget. Most of the content just didn’t appeal to me. “Surely there is more to being a man than this,” I thought.

As I was driving home, my mind turned from the magazines to the men I knew who were my age, 20-somethings, recent college graduates. It seemed to me that a lot of them were a little lost in life. Many had grown up without the strong influence of a father–they came from divorced families, or if their dad was in the picture, he worked a lot and hadn’t spent too much time with his son. Even when guys had come from stable, loving, two parent families, they often felt a sense of restlessness or drift–they weren’t sure what to do with their lives, or even what they should want out of life. And they weren’t sure what it meant to be a good man.

I realized that I didn’t really know either. And that it was hard to blame us–the popular culture certainly didn’t offer any answers. The men on sitcoms and commercials were always presented as bumbling, dithering idiots that couldn’t do anything right; their more competent wives were left to roll their eyes and clean up their messes. And the men in movies were either meatheads who liked to blow stuff up, or immature man-children (I’m looking at you Judd Apatow).

Finally, I thought about my grandpa. The man was far from perfect, but he sure knew how to do a lot of things that I didn’t. It seemed like many of the skills and traditions that had been passed down from generation to generation had stopped being taught.

By the time I got home, an idea for a new blog was percolating in my head. I decided to start a totally new kind of men’s magazine. One with the kind of stuff I’d actually want to read. One that helped men understand what it meant to be a man and gain a sense of direction in their lives. A magazine that rediscovered the classic skills of yesteryear so that men could feel confident and competent in a variety of situations. Something that could be both serious and fun. A magazine that could inspire men to reach for excellence and attain their full potential.

I didn’t consider myself especially manly, I didn’t have some long standing interest in manliness, and I hadn’t really studied the subject at all. So I can’t say I had a preexisting passion for manhood. Nor did I have a passion even simply for writing — it’s never come naturally to me, I still find it difficult rather than fun, and I’ve had to work hard to improve it (Kate’s editing is a big help).

So I definitely wasn’t approaching it as an expert who wanted to share his vast wisdom with others. I approached it from the perspective that like a lot of guys out there, I had a bunch of questions that I didn’t have the answers to, so I would dive into the best research I could find, and then share what I had discovered on the blog. Instead of telling other men what to do, they could use the information as a catalyst to think about their own lives and make the changes that were best for them.

With that in mind, I started the Art of Manliness in 2008. I figured it could be an enjoyable hobby, something I could work on as a side project while I made a career as a lawyer. I thought maybe a few hundred guys would discover it and find it helpful.

Of course three and a half years later, the Art of Manliness has grown to a 100,000 subscriber blog and become my full-time job. I’m still not an expert in manliness–still just a guy looking for the answers. But along the way I found my vocation. Not by looking within, and deciding that a website for men was what I was born to do, but simply by noticing a problem, and working as hard as possible to fill that void.

How Can You Find Your Vocation?

There are many ways that finding a problem to solve can lead to finding your vocation. You may lament how apathetic high school students are about history because they’re taught by football coaches and decide to become a teacher that instills a love of learning in his students. You may be unhappy with the inefficiency of some piece of technology and work to improve it. Perhaps a family member becomes the victim of a violent crime, and you decide to become a police officer to get more criminals off the street. Perhaps your father dies of cancer, so you become a scientist looking for a cure. Or maybe you find yourself frustrated when trying to buy a certain product and decide to start a business that will make the process much easier. And the list could go on and on.

So finding a problem and making your life’s work to solve that problem, that’s the best find to find your vocation. But it’s definitely not the only way.

Last year we did a six part series about finding your vocation that I think is one of the best things we’ve ever done on the site. In many ways it takes the approach of looking within to find your passions and calling. So I actually do not think it’s a wrongheaded approach.

Not everyone will find their vocation by finding a problem to solve. My dad didn’t become a game warden because he thought there was a problem with poaching that he could especially address. You don’t have to think there’s a problem with fires, to become a firefighter. Your vocation can simply be something you have always been drawn to doing, something that you’re good at and enjoy. The job doesn’t have to be glamorous either.

I was talking to my cousin’s wife a few weeks ago about her husband’s job. He works as an insurance adjuster. I asked her how he likes his job and she said, “You know, it’s not the kind of job you dream about doing as a kid. But his personality makes him really well suited for it. He’s able to be so patient with irate customers and help solve their problems. He’s good at it, so he enjoys it.”

While you may not find your career by looking to solve a problem, once you’re in that career, looking for problems within that job is what turns any work into a vocation and brings lasting satisfaction. How can I make meetings more efficient? How can we improve sales? How can I better reach these kids? The more we lose ourselves in making the world a little better, even in small ways, the happier and more fulfilled we become.

As David Brooks ends his column:

“Most of us are egotistical and most are self-concerned most of the time, but it’s nonetheless true that life comes to a point only in those moments when the self dissolves into some task.”