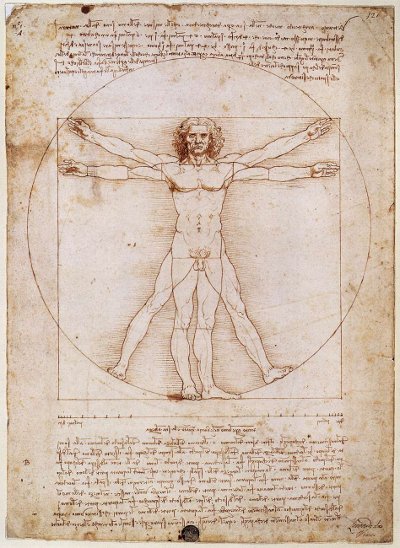 This is Part III of a series about finding one’s vocation. See here for Part I and Part II.

Why should a man pursue a vocation? Is it really a worthwhile endeavor? Shouldn’t a man be satisfied to work any job that supports his family and allows him to earn a living? Is striving to find your vocation a selfish pursuit?

Today, I will set out to answer those questions and make a case for why the pursuit of one’s vocation should be absolutely paramount in every man’s life. In doing so, I will really be arguing for a broader philosophy of life, of which vocation is one vital part.

Self-Actualization and the Purpose of Life

What is the purpose of life? It is a question as old as time and one that has been answered in too many ways to list. I would like to suggest one answer that I strongly subscribe to.

I believe that one of the greatest purposes of this life is to grow and develop to the greatest extent possible, to be tested, to stretch your capabilities to the limit, to maximize all of your potential, in short, and please excuse the cliched phrase, to become all that you can be.

This quest to become “godlike” can fit within and complement most faiths. For the Christian it is a recognition of the divine potential of each individual. C.S Lewis said:

“It is a serious thing to live in a society of possible gods and goddesses, to remember that the dullest and most uninteresting person you talk to may one day be a creature which, if you saw it now, you would be strongly tempted to worship…There are no ‘ordinary’ people. You have never talked to a mere mortal.”

For the atheist, endeavoring to explore and expand their capacities can become the overarching purpose of life. Friedrich Nietzsche said, “He who has a why to live can bear almost any how.”

In an age of anomie, living to become all that we can is an incredibly powerful why for every man.

Famous psychologist Abraham Maslow called this maximizing of our potential “self-actualization,” the process by which people could attain “full humaness.” “What a man can be, he must be,” he said. Maslow’s writings on this subject are incredibly insightful and as I cannot hope to improve upon them, I shall quote from the good doctor extensively here.

“In practically every human being…there is an active will toward health, an impulse toward growth, or toward the actualization of human potentialities. But at once we are confronted with the very saddening realization that so few people make it…even in a society like ours which is relatively one of the most fortunate on the face of the earth. This is our great paradox….This is our new way of approaching the problem of humanness, ie. with an appreciation of its highest possibilities and simultaneously a deep disappointment that these possibilities are so infrequently realized. This attitude contrasts with the “realistic” acceptance of whatever happens to be the case, and then regrading that as the norm…We tend to get into the situation in which…this normalcy or averageness is the best we can expect, and that therefore we should be content with it. From the point of view that I have outlined, normalcy would be rather the kind of sickness or crippling or stunting that we share with everybody else and therefore don’t notice.”

As a prerequisite to accepting the idea that self-actualization is one of the grand purposes of life, one must accept this notion that every human possesses an impulse towards growth. If you do not accept this proposition, than the rest of what we lay out today will not find purchase with you. If you do accept this idea, then it rightly follows that true fulfillment will come from maximizing this growth, and conversely, being content with averageness will rob us of the kind of transcendent satisfaction and happiness that could have been possible. Maslow cautioned:

“If you deliberately plan on being less than you are capable of being, then I warn you that you’ll be deeply unhappy for the rest of your life. You will be evading your own capacities, your own possibilities.“

“proceeds inevitably via awareness of one’s identity (among other things). A very important part of this task is to become aware of what one is, biologically, temperamentally, constitutionally, as a member of a species, of one’s capacities, desires, needs, and also of one’s vocation what one is fitted for, what one’s destiny is.”

That latter step, working at a vocation, was something Maslow observed in every single self-actualized person he encountered, without a single exception. He found that self-actualized persons were deeply devoted to a cause outside themselves, a work which they felt called to do and which brought them great joy.

Now many men have the erroneous idea that finding your vocation means doing something that will make you rich and famous-becoming a rock star or writing the great American novel. And the idea of self-actualization may feed into this misconception. So we should point out here that everyone’s potentialities will max out at different levels. The important thing is simply to push yourself to wherever those limits are for you personally. Self-actualization is a highly individual thing-your best is not another man’s best.

Remember, vocation is not your job, it’s what you bring to your job-your unique gifts and talents. So self-actualization is about finding the opportunities that will allow you to exercise your talents and use your capabilities to the fullest extent possible.

Thinking about the goal of maximizing all of my potential really gets me fired up and motivated about life. It’s an idea that honestly pulls me out of depressive funks and helps get me going again.

But I realize that not every man is into this kind of philosophy/psychology business. So I wanted to put in a section with more practical reasons for why pursuing a vocation is important.

Health and happiness. Ignoring your vocation can cause anxiety, restlessness, and depression. Using your talents and gifts brings a sense of satisfaction and fulfillment that cannot be duplicated. It is also increases your peak experiences and opportunities for flow.

True, I know men, and I’m sure you do too, you are working in jobs that don’t fit them at all in order to make a living, and outwardly they put on a fairly happy face. But I often see an anger in these men emerge in less guarded moments-in road rage, heavy drinking, and resentment towards others. It can just eat at you inside, literally. More heart attacks occur on Monday morning than at any other time; men return to jobs they loathe and their blood pressure soars.

Greater success. We often associate vocations with jobs in which people barely scrape by, but still stick with it because of their love for the work. That’s surely sometimes the case, but doing what you love can truly be the path to your greatest success. In an interview with the NYT, the CEO of The Onion (now that’s a fun job) was asked what advice he would give to someone just graduating from college. He said:

“Find what you really love to do and then go after it-relentlessly. And don’t fret about the money. Because what you love to do is quite likely what you’re good at. And what you’re good at will likely bring you financial reward eventually. I’ve seen too many people who have plotted a career, and often what’s behind it is nothing other than a stack of dollar bills. You need to be happy in order to be good, and you need to be good to succeed. And when you succeed, there’s a good chance you’ll get paid.”

Freedom and Frugality. For a man who has found his true vocation, the line between work and joy/life is completely erased. His work is his play and his play is his work. Things like money, salary, vacation, hobbies, entertainment, and amusement thus lose their meaning.

Staying in a dead end job is often seen as the more practical choice, but there is an irresistible practicality to the idea of vocation as well. The man in the job he hates may sometimes make more money, but he also spends more money, trying to buy things and experiences that will make up for how miserable he is at work. He has to do what doesn’t make him happy to earn money to pay for things that do. In contrast, the man in a vocation is the truly frugal man. He’s not living for the next vacation; he doesn’t need a big screen tv to make him happy; he’s not paying a shrink and a doctor to tend to his diminishing mental and physical health. He doesn’t need much to get by and that’s true freedom.

So far we’ve talked a lot about you and what you want to do with your life. But shouldn’t your vocation also serve others and improve the world? How do you balance your desire for self-actualization with your duties and responsibilities in life?

Thankfully these things ideally go hand in hand. When you’re a whole man, when your inward self is united with your outward self, when your inner desires are united with your outer actions, that is when you can truly be of service to the world. Maslow calls this the ideal meeting of inner requiredness (“I want to”) with outer requiredness (“I must”). Or as Frederick Buechner puts it, “The place God calls you to is the place where your deep gladness and the world’s deep hunger meet.”

Living falsely, forcing your square peg into a round hole, not only hurts you, but hurts those you love and those you work with and for. Everyone knows the frustration of being on a team with a guy who’s there because he feels he “ought” to be or “should” be, but has no heart for it. He goes through the motions but pulls everyone down. The Sufi poet Rumi wisely advised such a man, “If you are here unfaithfully with us, you’re causing terrible damage.”

Seeking your vocation is not selfish; robbing the world of what you could have done with your gifts and talents is.

All this being said, I personally believe that duty and responsibility come before personal passions. It is not manly to leave your family because you have suddenly decided that being in a traveling circus is your true calling or quit your job to go to film school when there’s a mortgage to be paid.

As Edward Howard Griggs put it in “Vocation and Avocation,” “The way to a larger opportunity is never meanly sneaking out from under the little duty of to-day, but climbing bravely through it and off the top; and then the better chance usually comes.” You may need to moonlight in a second job until you can quit your day job; you may need to find the expression of your talents in your avocation; you may simply need to find more opportunities in your current job that allow you to use your unique strengths. A determined man who knows how to hustle can find a responsible way to balance his duties and his passions.