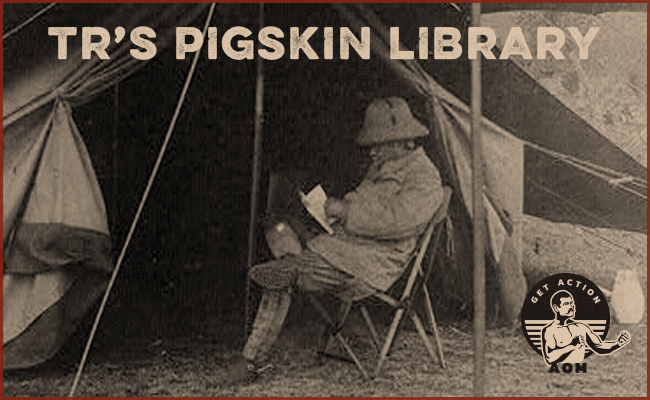 I have always taken books with me when on hunting and exploring trips. In such cases the literature should be reasonably heavy, in order that it may last. —Theodore Roosevelt

After his presidency ended in 1909, Theodore Roosevelt decided he needed a nice long vacation — away from the United States. He understood his own tendencies quite well; had he stayed, it would have been nigh near impossible for him to resist meddling in his successor’s administration. TR wanted to keep his hands on the levers of power and stay front and center of the news cycle, and he knew it. Since he desired to give William Taft room to operate as his own man, Roosevelt was thus determined to get far away from it all: he set his sights on taking an extended African safari.

There was one particular challenge that required a novel solution: as an incurable, obsessive reader, how would Roosevelt transport a library of books to the African plains and jungles to sate his voracious appetite? He of course couldn’t just do without. As Thomas Bailey and Katherine Joslin write in Theodore Roosevelt: A Literary Life, Roosevelt possessed “a true, deep need to always be reading books.” (Oh, how I can relate!)

The answer to this vexing problem? The Pigskin Library.

Roosevelt and his son Kermit picked out around 60 books — “those which, for one reason or another, we thought we should like to take on this particular trip” — and had them bound in pig’s leather. This would not only make them more durable for transport to and through Africa, but protect the pages from the kind of “blood, sweat, gun oil, dust and ashes” that might arise whilst on safari. Whereas “ordinary bindings either vanished or became loathsome,” TR explained, “pigskin merely grew to look as a well-used saddle looks.”

These books were housed in a “specially built aluminum and brass container, weighing sixty pounds, portable by one native gentleman.” (Thankfully, with an e-reader of any kind, your own multi-volume vacation library could weigh under a pound and slip easily into your luggage or backpack, no literary sherpas required.)

Books, for Roosevelt, were not sacred objects. The process of binding them in pigskin necessitated an indelicate surgery of removing the old, original bindings. Superfluous white space amongst the books’ pages was cut away as well — the more compact and lightweight they could be, the better, of course. As Roosevelt writes, the books “were for use, not ornament.” The man’s practicality shined through even when it came to his reading habits.

For nearly an entire year, Kermit and Theodore traversed the African continent, hunting game big and small and reading along the way at any and every opportunity; TR had a knack for taking advantage of the possibilities to be found in spare moments:

I almost always had some volume with me, either in my saddle-pocket or in the cartridge-bag. Often my reading would be done while resting under a tree at noon, perhaps beside the carcass of a beast I had killed or else while waiting for camp to be pitched.

When it came to the type of literature the Roosevelts packed, it was as wide-ranging as their far-flung interests. Classic novels, new novels, history, philosophy, natural science, travel and adventure memoirs — you name it, it was part of the Pigskin Library. A note Teddy made about the selection process, in which he discerned which books to take and which to leave, offers a note of advice that any reader would be well-served to pay close attention to:

Let us be modest about dogmatizing overmuch. . . . There are many thousands of good books; some of them meet one man’s needs, some another’s; and any list of such books should simply be accepted as meeting a given individual’s needs under given condition of time and surroundings.

In short, read what interests you and what you’re drawn to. That mantra was a defining feature not only of TR’s criteria for selecting travel books, but his overall reading philosophy. 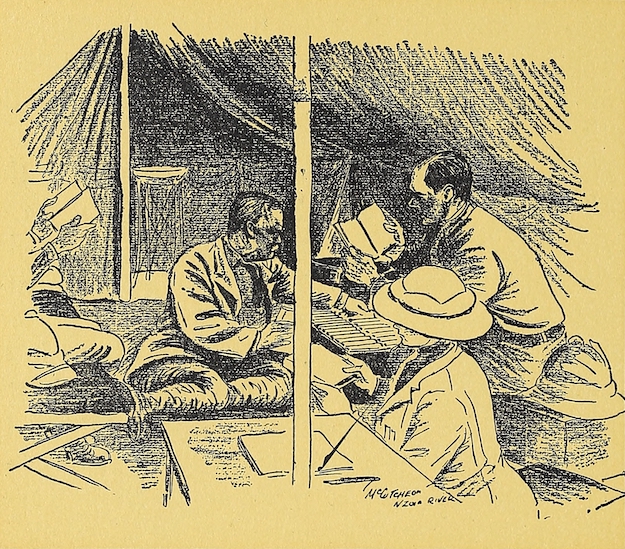 It is, however, interesting to note that little tidbit from this article’s opening quote: when it comes to the books you take on trips, “the literature should be reasonably heavy.”

What was behind this recommendation?

It arose in part from Teddy’s belief that travel was the perfect time to dive into substantive, challenging books. If those are the only type you bring, and thus your only options for literary entertainment, he explained, you effectively force yourself into choosing to read heartier fare, “as you never would if surrounded by less formidable authors in your own library.”

The other factor came down to a simple numbers game: if Roosevelt had only packed fluffy, quick-reading material, he’d have blasted through it all too quickly. He wanted to bring books with him that he could chew on and wrestle with — lengthy, meaty books which would provide enough cumulative reading hours to sustain him over his trip.

In other words, TR didn’t want to get through his stack too quickly. It’s definitely happened to me while traveling; I pick something especially easy to read, only to get through it while en route and then I have to buy more books when I arrive. It’s certainly not the worst problem, but I could’ve benefitted from better planning.

(Funny enough, Roosevelt still didn’t bring enough books on the journey. At one point he had to restock his supply, adding the likes of Miguel Cervantes’ Don Quixote, Michel de Montaigne’s essays, Charles Darwin’s Voyage of the Beagle, Aldous Huxley’s essays, and more.)

TR contrasts the kind of “reasonably heavy” books he packed with what he planned to consume upon returning home: “when you do reach the journey’s end you grasp with eager appetite at old magazines, or at the lightest of literature.”

In our modern era, “beach reads” almost always refer to light, easy-reading material. Thrillers, romances, purely entertaining yarns. Roosevelt took the opposite approach, saving the light stuff for when he got home. Perhaps, intentionally or inadvertently, he had recognized the power of paired contrasts: lighter life + heavier books made for an even more rejuvenating trip.

Consider this tactic when embarking on your next vacation. Will you bring along a stack of Lee Child thrillers? No need to feel guilty if so. But perhaps consider TR’s approach to vacation reading: bring a big stack of books, sure, but make it “reasonably heavy.” Give your brain some stimulation while you’re relaxing on the beach or lying in your tent at night. And don’t worry one bit about your travel library getting soiled — be it dirt, sand, rain, kid puke, or zebra blood. At least if you’ve put a protective cover on your phone — of pigskin, or otherwise.

To get a sense for the authors and books that TR was reading and thinking about while on safari in Africa, peruse this list of what was included in his travel library:

You can find me reading some of these, as well as plenty of other books, over at readmorebooks.co. 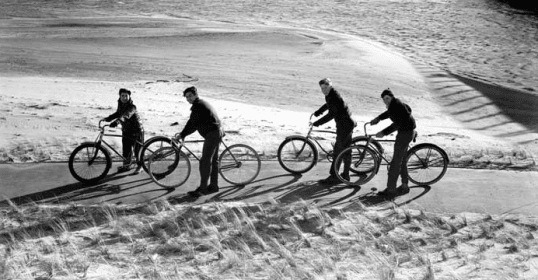