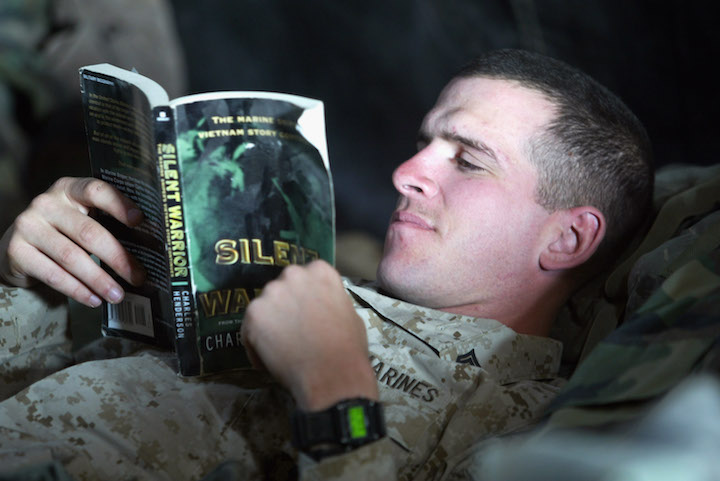 From ancient times til the present, the ideal warrior has been celebrated as a man of both thought and action, with a mind as finely honed as his sword. Since the 19th century, the Marine Corps has directed its members to pursue that ideal by issuing a list of recommended reading to members of its fighting force. In 1989, the reading list was codified, and since then, each commandant (the highest-ranking officer in the Corps) has put out the “Commandant’s Professional Reading List” each year. The goal of the list is to improve Marines’ understanding of their profession, the nature of war, and the broader world, and develop their decision-making skills, desire for lifelong learning, and ability to wrestle with problems. The books are to be read by enlisted personnel and officers alike, with commanders encouraged to discuss the books with their men.

In the reading list issued in 2005, four-star general and commandant Michael W. Hagee shared the criteria by which the books were selected for recommendation:

A. THE LIST DOES NOT INCORPORATE FLEETING TRENDS.
B. IT EMPHASIZES WARFIGHTING.
C. IT IS HISTORICALLY BASED.
D. IT USES SERIOUS LITERATURE THAT HAS AN ESTABLISHED PERMANENCE.
E. IT ENCOMPASSES A BROAD CONTEXT.
F. AND, IT IS ACHIEVABLE BY ALL MARINES. 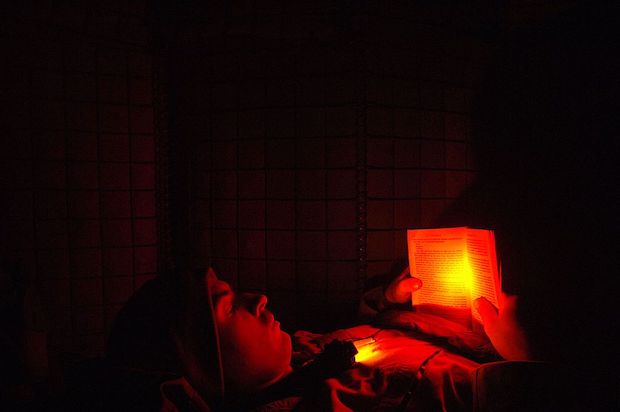 In 2012, Commandant James F. Amos sent a letter to the Corps which reiterated that “the development and broadening of the mind is a critical aspect of the true warrior’s preparation for battle” and argued that the source of the “adaptation and flexibility shown by Marines faced with a variety of different situations and challenges” could be traced to this commitment to intellectual growth. Amos expressed concern over the fact that many Marines of the time had dropped the reading habit — in part because of the pressures and time constraints generated by over a decade of continuous combat in Iraq and Afghanistan — and called for a reemphasis on reading throughout the Corps:

Faced with a period of fiscal austerity and an uncertain world, it’s more important now than ever before to dedicate time to read and to think. As we prepare ourselves for whatever is to come, the study of military history offers the inexpensive chance to learn from the hard-won experience of others, find a template for solving existing challenges, and avoid making the same mistakes twice. . . . Any book thoughtfully read sharpens the mind and improves on an individual’s professional potential.

Whatever has caused our emphasis on reading to atrophy, we as Marines and as leaders, need to restore its preeminence at every level. . . .

Commanders and senior enlisted will reinvigorate the critical emphasis on reading in their units and develop a unit reading program. Books will be selected for reading and discussion, with time set aside in the schedule to that end. . . .

Reading is a critical continuing action. We need to find the time for it just as we find time weekly for individual and unit physical conditioning. What I am calling for is nothing less than a renewal of a critical aspect of our commitment to the profession of arms.

The Commandant’s Professional Reading Lists included a set of books designated as the “Commandant’s Choice” — favorites he felt were pertinent to all Marines — as well as sets of recommended books broken down by rank, e.g., an enlisted private was given a different list of books to read than a second lieutenant. All Marines were required to read a certain number of books from the Commandant’s Choice list and/or their “Grade Level” list. Once a Marine had read all the books assigned to his grade, he could continue reading up the list.

While there are a few books that made it into almost every edition of the CPRL, every few years the list is revised, with books added and taken away from the line-up based on the commandant’s personal picks, the feedback of rank-and-file Marines, and the desire to create a list of books which speaks to the current centers of conflict and particular problems of a period. So, for example, books about dealing with PTSD and the way technology is changing warfare have been added in the last decade, while books that covered the history of the Corps, but only up through the 20th century, were replaced with more up-to-date publications. 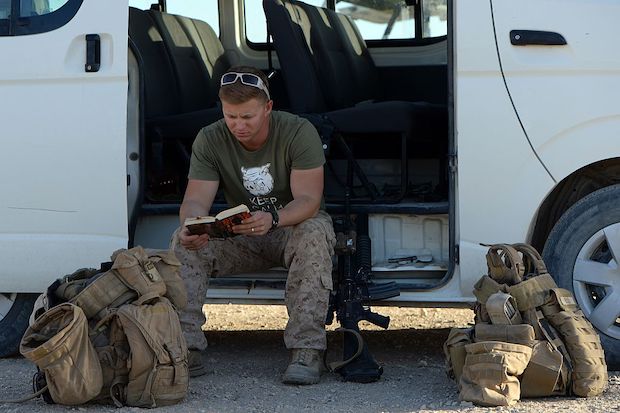 In recent years, the list got a little “lighter” in heft, with fewer entries on history and logistics, the elimination of classic books on strategy by Sun Tzu and Clausewitz, and the addition of pop psychology books like Malcom Gladwell’s Outliers and modern novels like Ready Player One. But overall, the CPRL maintained a solid mix of books on leadership, tactics, and martial history.

Then in 2020, the Commandant’s Professional Reading List underwent a more significant overhaul. The CPRL was simplified to a single list for all Marines, regardless of rank, and organized into five categories (Foundational Documents, Profession of Arms, Innovation, Leadership, and Strategy). Its entries were revised with the official aim of ensuring the list “remains relevant, current, and promotes professional discussions amongst all Marines.” To that end, many historical and biographical books which had been included on nearly every CPRL of the last thirty years went missing (including must-reads like With the Old Breed), books focused on female Marines and emotional intelligence (e.g., Dare to Lead by Brene Brown) were added, and the number of pop psychology books was increased overall. The fiction selections (like the formerly perennial inclusion of classics such as Once an Eagle and All Quiet on the Western Front, as well as modern page-turners like Steven Pressfield’s Gates of Fire), which always comprised a smaller but still significant portion of each CPRL, were reduced to a single graphic novel.

As with many things, change isn’t always an unmitigated good, and the past CPRLs were arguably much superior in content, depth, and range. Below we highlight 36 of the best books from all the Commandant’s Professional Reading Lists that were issued from 1989 until 2019 (you can find all the previous Marine Corps’ reading lists here), nearly all of which we’ve read ourselves and can personally recommend. Whether you’re military or civilian, perhaps you’ll see a few you’d like to add to your own to-read list. As General Amos put it, in all life’s battles, “mental preparation [is] as important as physical conditioning.”