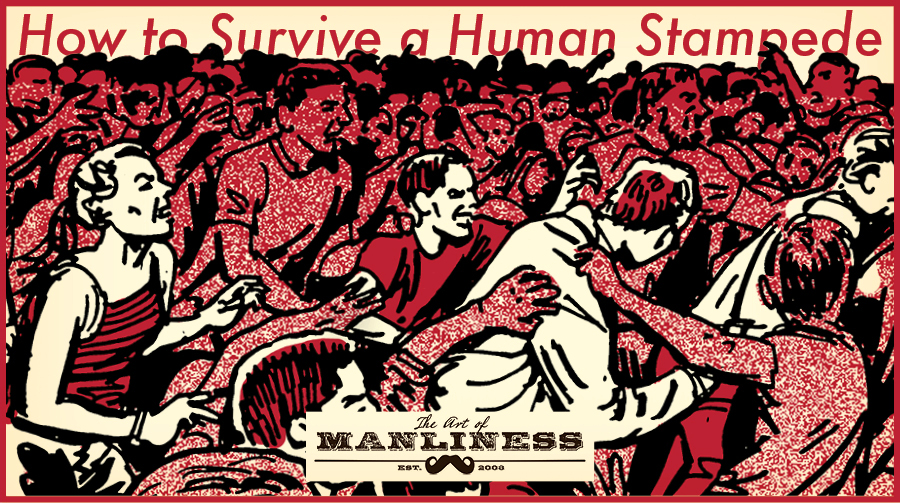 In 2010, a tragic human stampede occurred during a festival in Phnom Penh. When thousands attempted to cross the suspension bridge that served as the festival’s primary entry, the bridge began to sway under the excessive weight, panic set in, and a rush to get off the bridge began. 347 people died in the resulting crush of bodies.

What happened in Phnom Penh is an extreme example, but human stampedes are by no means uncommon. When gunfire erupts in a club or a fire breaks out during a concert, people flood toward exits in order to escape danger. People have even been trampled trying to get into stores on Black Friday.

Getting caught in a stampede can easily be deadly if you don’t know what to do. With a little preparation and some evasive tactics, you can avoid being one of the people who doesn’t make it out. 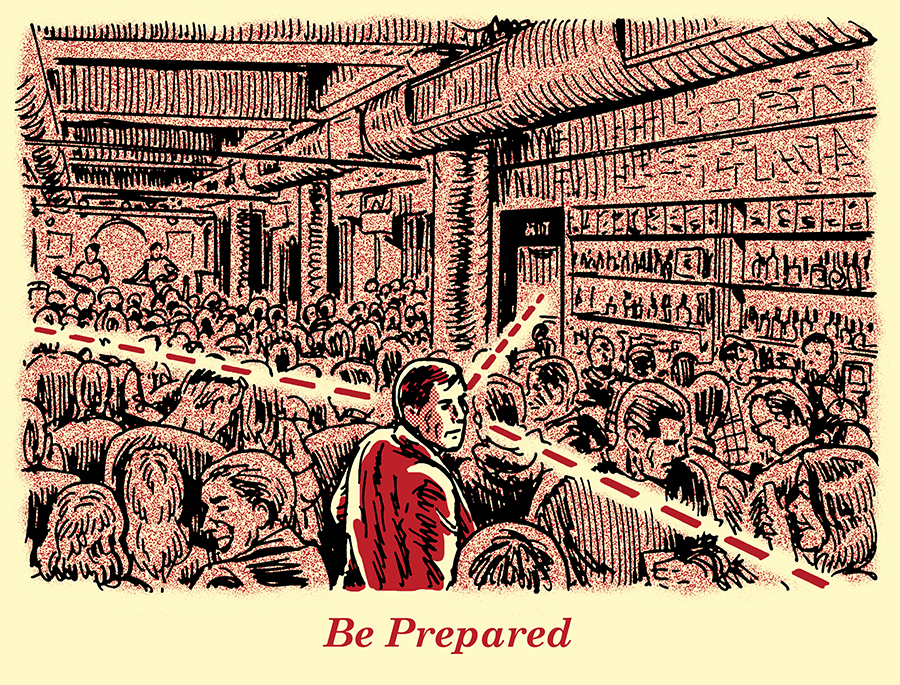 The best way to survive a human stampede is to adequately evaluate your surroundings long before the stampede ever begins. If you’re attending a large event with lots of people, make sure you know where all the available exits are. At a club, this might mean knowing where the fire exits and rear entry exits are located. In addition to identifying exit doors, be aware of alternative exits, like accessible windows.

If the only immediate danger is the stampede itself (rather than some other emergency, like a fire), try and reach some area of cover. At an indoor venue, this might be a side hallway or closet. Outside, look for trees, vehicles, or anything large that you can climb on/atop to protect yourself from the force of the crowd.

If you can’t take cover, keep moving. Resisting the force of the crowd will only tire you out and conserving energy is critical to surviving a stampede. But, this doesn’t mean you should go in the exact direction of the crowd. Moving diagonally with the flow of the crowd will bring you to the edge of the stampede where it’s less likely that you’ll end up stuck at a chokepoint, like a doorway. 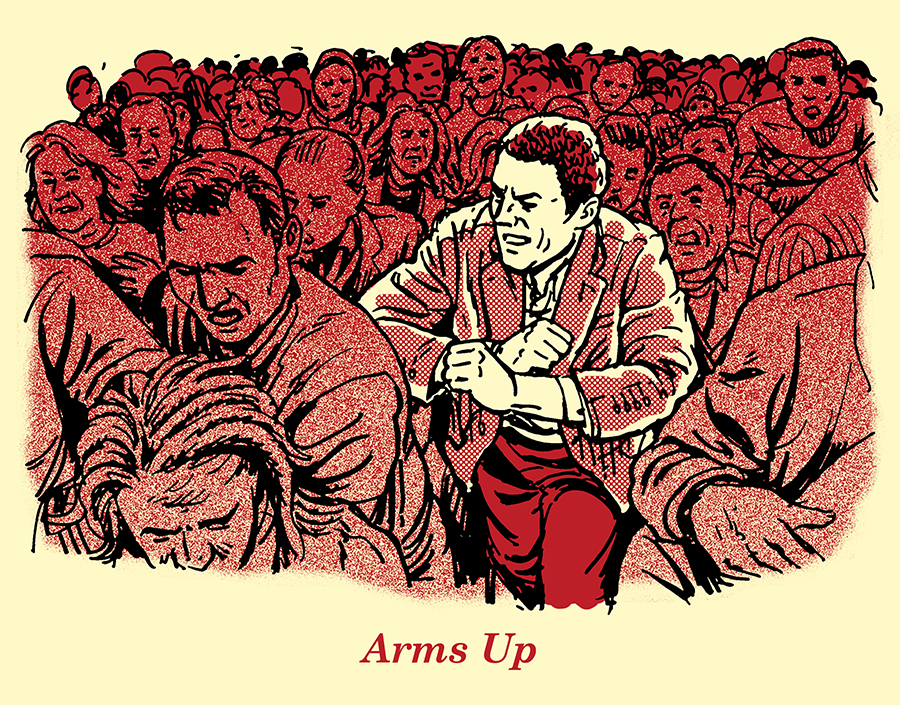 Contrary to popular assumption, getting trampled isn’t the only way people die in a stampede. As a stampede moves forward, people can get stuck standing up as the pressure of the crowd intensifies all around them. In time, this pressure can become so great that it crushes people, preventing them from being able to breathe. If your arms are up near your chest, it allows you to push out against this pressure and make space so you can breathe.

Choke points are any space that restricts the flow of the stampede. Doorways, hallways, and bridges are all perfect examples. While those narrow spaces lead to exits, they also represent the most dangerous place to be in a stampede. If at all possible, avoid getting trapped near a choke point where the force of the stampede will inevitably increase exponentially as more and more people pack toward it.

Look for Hidden and Non-Obvious Exits

Humans are creatures of habit. In most cases, people will rush for the same doorway or gate that they used to enter the venue.

When a fire broke out at The Station night club in 2003, most people rushed towards the main exit — the same doorway they had used to enter the club. A human stampede consequently clogged the narrow hallway leading to the door and blocked the exit, causing many of the 100 deaths that would result from the fire.

As mentioned above, you should always scope out alternative exits when you arrive somewhere, and if an emergency occurs, that’s the time to make use of them. Windows and fire exits are good things to look for if you’re inside a building. If you’re at an outdoor event, don’t hesitate to scale fences or go over temporary barriers if it means you can escape the main flow of the stampede.