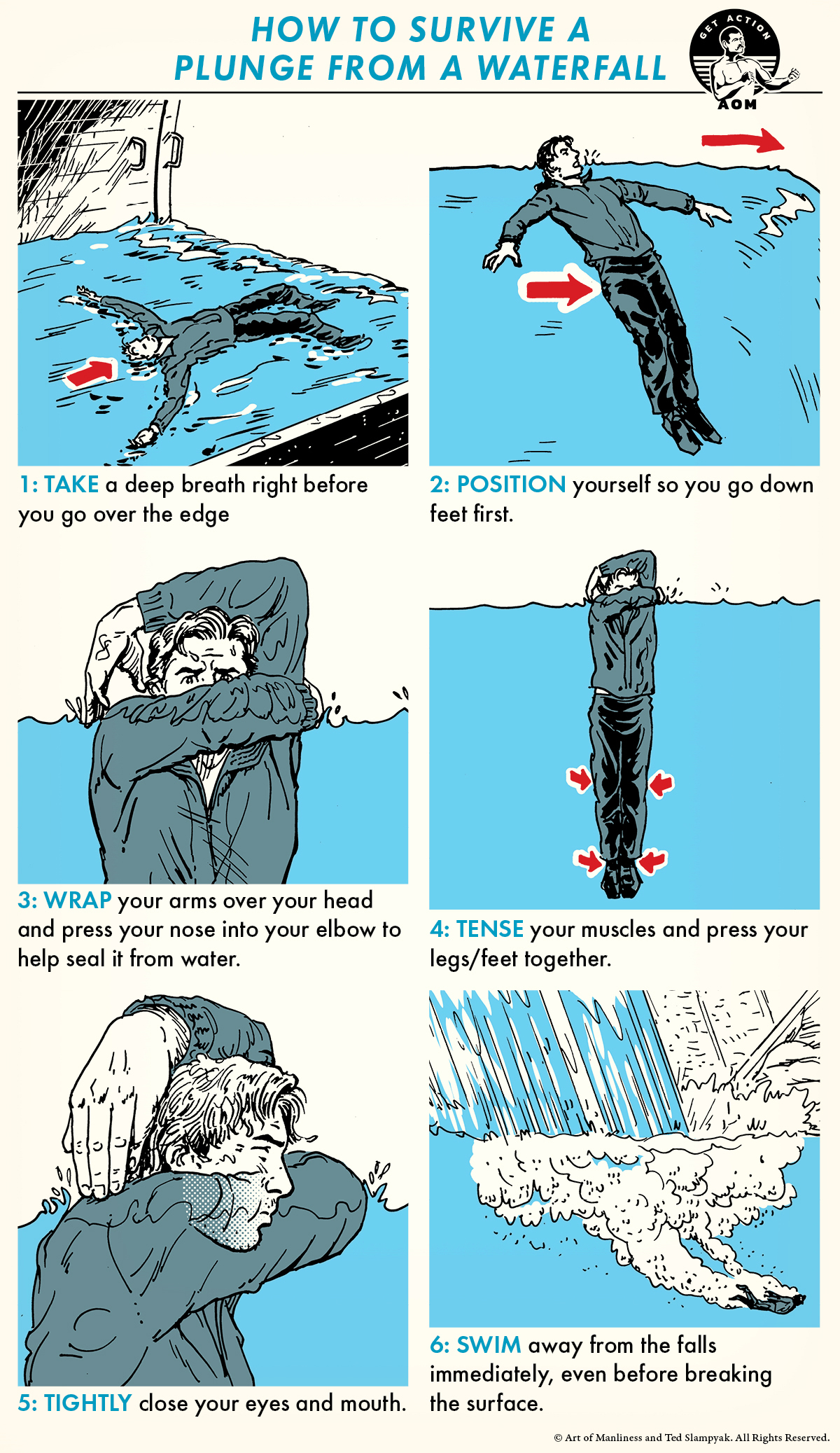 In a classic scene from the 1993 movie The Fugitive, Richard Kimble (Harrison Ford) appears to be trapped in a drainage tunnel; Deputy Samuel Gerard (Tommy Lee Jones) is approaching and a dangerous waterfall looms behind. Gerard of course believes that the fugitive is trapped; a plunge down that waterfall is surely a death wish.

And yet Kimble does what everyone knows he’ll do: he dives right off and survives.

While he doesn’t have safe form, and appears to flip over once or twice no less, it is indeed possible to survive a fall like that — especially with improved technique. Just last month, in fact, a man survived a 170-foot plunge over Niagara Falls.

The reason folks perish when they fall into water from a significant height is because the speed of the fall combined with the surface tension of the water makes it akin to landing on concrete. But with a waterfall, the force of the water coming down breaks some of that tension and makes for a “softer” landing. That said, it’s still a highly dangerous endeavor. Colliding with rocks and drowning from not being able to get up to the surface in time are just a couple of the potentially fatal risks involved. So, never attempt for fun, but if you find yourself in a situation where you’re unavoidably about to tumble down a waterfall, utilize the above tips to increase your chances of survival.

How to survive a plunge from a waterfall

1: Take a deep breath right before you go over the edge.

2: Position yourself so you go down feet first.

3: Wrap your arms over your head and press your nose into your elbow to help seal it from water.

4: Tense your muscles and press your legs/feet together.

5: Tightly close your eyes and mouth.

6: Swim away from the falls immediately, even before breaking the surface.