If you’re like most young men leaving the nest for the first time, you probably won’t have enough money to live all by yourself. To save money, you’ll very likely have to bunk with a roommate or two to cut down on living costs. While roommates can save you money (and provide camaraderie and companionship), they can pose many challenges. Any time you put two people with different backgrounds and lifestyles together under one roof, there’s bound to be conflict and awkward social moments.

Learning how to effectively manage the roommate relationship is an essential skill for every young man to have. Not only will it make living with roommates during your bachelor years easier, it also prepares you in many ways for when you settle down and start a family of your own.

Below we provide some tips on how to make living with roommates as drama-free as possible. The advice is based on my personal experience of living with dozens of roommates when I was single, many of whom came from completely different cultures than me. 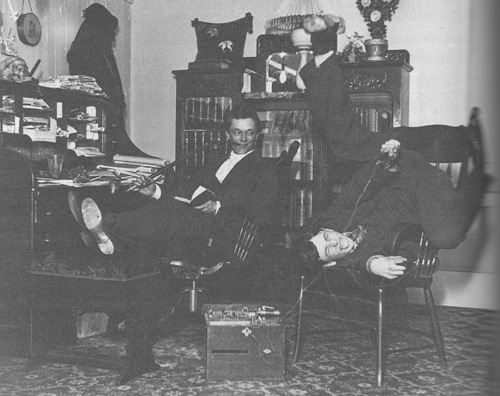 1. Establish ground rules from the get-go. A friend of mine who left home a year earlier than me summed up this guideline thusly: “Establish rules before you need them.” Don’t wait until someone forgets to pay their share of the rent to figure out what happens when someone doesn’t pay the rent. Neither should you wait until the night before a big final to have the discussion about your roommate’s proclivity for blasting his TV at 2 AM in the morning.

The best thing you can do to get along with your roommate is to sit down with him the first day you move in (if you’re in the dorms) or before you sign a lease (if you’re getting an apartment) to discuss the rules of the apartment/dorm. Don’t make this conversation combative. Don’t be defensive and uptight. You want everyone to be as open and frank as possible. You can say something like, “Just so we’re on the same page and so we can avoid any conflicts in the future, can we lay down some ground rules for the apartment?”

What sort of rules should you establish? Here’s a list of a few questions you might consider bringing up in your conversation with your roommate:

A lot of roommate conflict boils down to a mismatch of expectations. Roommates expect each other to be mind-readers, and to live up to expectations that they’ve never actually verbalized, but simply expect the other guy to magically know and adhere to. When the expectations aren’t met, resentment follows. By sitting down together before you move in, you’ll know what to expect. For whatever psychological reason, even when someone doesn’t meet your standards, if you already know that they won’t, you won’t get bent out of shape about it.

By the way, I know some will feel resistant to the idea of drawing up ground rules, feeling like you’re young and want to keep things loose and that because you’re buddies, things will just naturally work out. Maybe they will, maybe they won’t. Think of the ground rules as friendship insurance — getting a policy isn’t the most pleasant task, and maybe you won’t need it, but if you do, it can keep your friendships intact and make the whole experience smoother and more enjoyable.

2. Be flexible and willing to compromise (but stand firm on your deal-breakers).  During your conversation about ground rules, you and your roommates will inevitably run into disagreements. Be flexible and work to compromise in order to accommodate each other’s differing lifestyles. For example, if you’re a night owl and your roommate is not, you should be willing to keep the noise down after he goes to bed, and he should in turn try to get ready quietly in the morning when you’re still snoozing. If there are some things that are deal-breakers for you, don’t be afraid to stand your ground. So if you don’t want any smoking in the house, say so. If your roommate isn’t willing to adjust to your request, find a new place or roommate.

3. Follow the Golden Rule. The key to managing roommate relationships is be mutually respectful and considerate of one another. You will be well served by following the Golden Rule.  If you don’t like walking into your living room to unexpectedly find a stranger sacked out on the couch, don’t invite friends over without giving your roommate a heads-up; don’t touch your roommate’s stuff without asking permission first; don’t leave your dirty dishes in the common area. You get the idea.

4. Have a weekly sync-up meeting. One activity that I found immensely useful in managing and preventing roommate conflicts is having a weekly meeting to sync up with each other. At this meeting you can discuss bills that need to be paid and chores that need to be done. It’s also a good time to let your roommate know about guests that are coming over in the coming week, so they have a heads-up.

The sync-up meeting is a good time to bring up and resolve any issues that are causing friction between roommates. Again, don’t be combative when you bring up concerns. Just tell your roommate what’s been bothering you and ask what the two of you can do to resolve the issue.

I’d also use this time to ask my roommate if there’s anything I can do to help him out that week. For example, if I knew that he was working overtime to finish a school paper, I’d ask if there were any chores or errands I could help out with that week. My roommates would do the same for me when I was getting bogged down.

Another nice feature about the weekly sync-up meeting is that it carries over nicely to married life. Kate and I do something similar in our own relationship. It’s a practice that has definitely contributed to our success in both our marriage and our business. 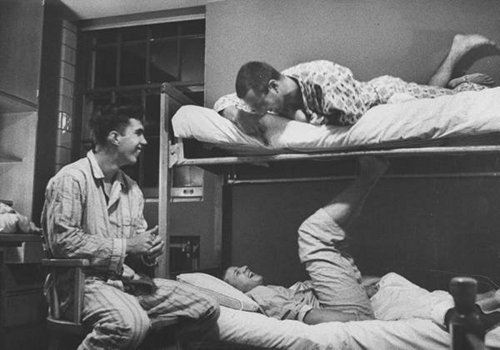 5. There will be conflict. Address it calmly and directly instead of avoiding it.  Conflict and disagreements are a normal part of any relationship, be it in a marriage or with a roommate. So don’t be surprised if you and your roommate don’t get along all the time. Unfortunately, many young people handle conflict by simply acting like it doesn’t exist or hoping that the conflict will magically resolve itself. Managing conflict like this will only turn small issues into big ones. Don’t avoid conflict. Don’t leave each other passive aggressive notes. Instead, rip off that band-aid and understand that “pain now is better than pain deferred.” So if you notice that your roommate is slacking off on his chores or is borrowing your food, bring it up as soon as you can. Don’t let the conflict fester until it blows up like a puss-filled boil.

6. Understand you don’t have to be best friends with your roommate. One mistake I’ve seen many young people make when entering roommate relationships for the first time is having unreasonably high-expectations about the relationship. They expect that they’ll be best buddies with their roommates and do everything together and never get in fights. Their roommate, on the other hand, prefers to have his space and spend time with his own friends. This mismatch in expectations can cause friction in the relationship from the get-go.

To prevent this mismatch of expectations, go in understanding that you and your roommate might not be best buds, but merely roommates who respect each other. While you should certainly invite your roommate out to a party or a ballgame, don’t get offended if he declines. That’s his prerogative.

Even if you’re rooming with your best friend from high school, understand that just because you’re good friends doesn’t mean you’ll naturally be good roommates. I’ve seen the most volatile roommate fights between people who were once best friends. The problem usually stems from poor expectation management. Best buds naively assume that they’ll get along without establishing ground rules or having weekly sync-up meetings. But they don’t. Don’t skip those steps if you’re moving in with a good friend.

Friendships can also deteriorate if you rely on each other for all your social and emotional needs. Even if you’re two manly peas in a pod, don’t spend all your time with each other. Make other friends, find different interests, and do things separately sometimes.

7. Use Google Docs and Google Calendars to manage everything. During my roommate days, the only tool we had to manage shared expenses and chores was a whiteboard. My roommates and I would post rent due dates and the chores list for the week. And of course, the whiteboard was used occasionally for scribbling passive aggressive notes about some grievance.

Take a tip from Apartment Therapy and upgrade from the humble whiteboard to the Cloud by using shared Google documents and calendars to manage your roommate experience:

If your roomies don’t use Google, you’ll have to convince them to sign up to take advantage of this system.

I Can’t Stand My Roommate. What Can I Do?

Despite doing your darnedest to make it work, your relationship with your roommate has reached a point that you can’t imagine living another day with him. What can you do?

If you’re living in a dorm, go talk to your RA. They might be able to help you make a room switch. I had a friend in college who decided to get assigned a random dorm roommate for the “experience.” Little did she know that the roommate assigned to her would turn out to be certifiably crazy. After a few weeks of trying to make the relationship work, my friend asked for a new dorm room. She got one with little trouble.

If you’re living in an apartment, getting rid of a bad roommate or moving out is a bit trickier because of the lease agreement. Unless you have enough money to pay for the months remaining in your lease agreement, plus an early termination fee, moving out might not be an option. You could always evict your roommate, but that process can take time and makes an already awkward situation even awkwarder.  The eviction process is a bit complex for this post, so I might revisit it later in a future post if there’s any interest.

Unless your apartment roommate is not paying their share of the rent or is conducting illegal activities in your apartment, your best bet is to wait until the lease is up and go your separate ways. It will be a learning experience for sure.

Tags: Heading Out on Your Own 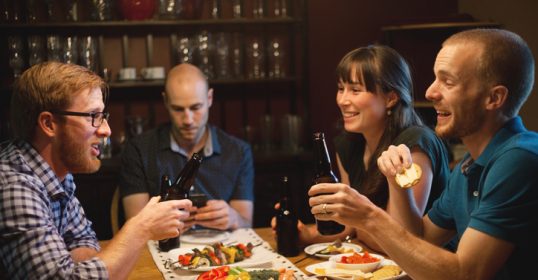 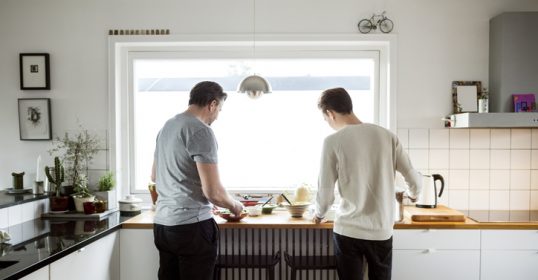