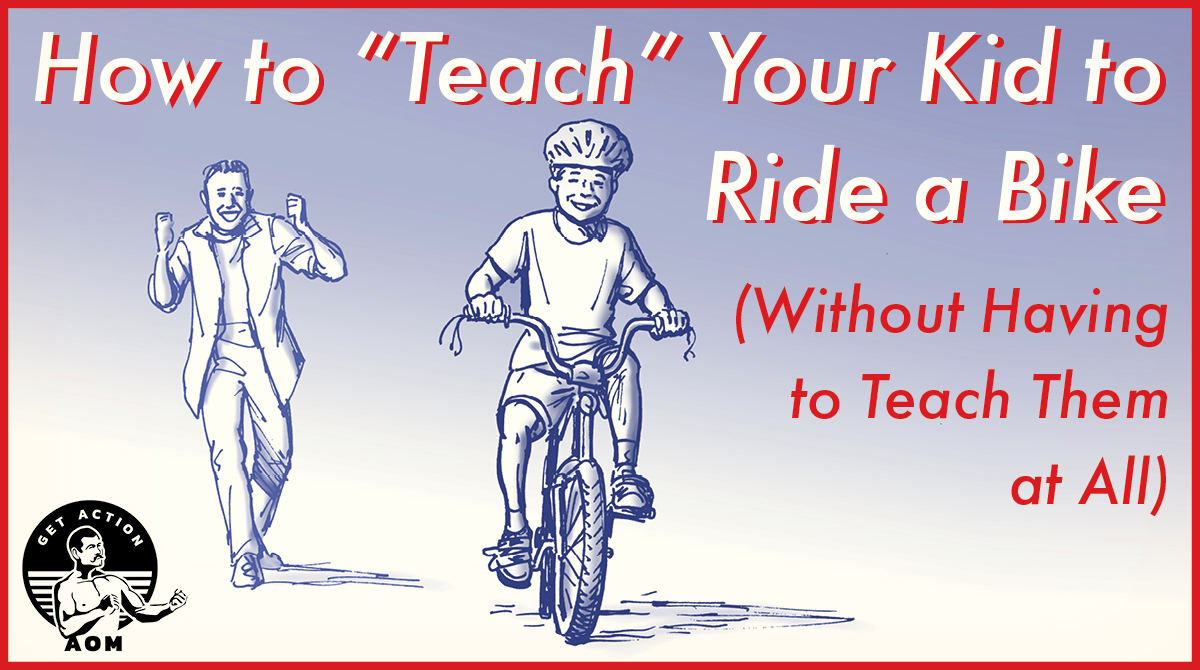 It’s a rite of passage every child goes through: learning how to ride a bike. My son, Gus, learned a few years ago. My daughter, Scout, learned how to ride a two-wheeler six months ago.

I thought this was going to be a rite filled with scraped elbows, bruised knees, and a lot of tears. I thought I’d be frustrated trying to explain to my kids how to pedal, balance, and steer a bike. Because that’s how I remember learning how to ride a bike as a kid: me being hurt and my parents being frustrated.

But none of that happened with my kids.

Instead we sort of stumbled into a protocol that turned out to be highly effective and managed to make the process practically pain, anxiety, and parental-intervention free. A method where our kids learned how to ride a bike naturally and on their own.

It’s broken into three phases in which you introduce a series of multi-wheeled conveyances, that allow your kids to progressively learn new skills, until they’re ready to take off on a real bike.

By the time my kids were two or three, they were zipping around on plastic three-wheeled scooters. They’re a safe way for your kids to learn how to balance on and steer a moving object — two skills required for riding a bike.

Get your kid on a scooter as soon as you can. They’re pretty dang cheap, which is good, because you’ll likely go through a couple as he hits growth spurts.

Besides the scooters, also get your toddler a tricycle or “Big Wheel” so he learns how to pedal. 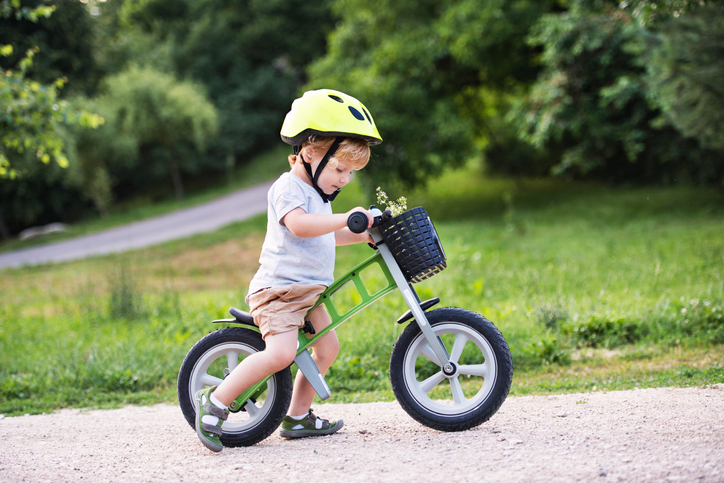 This is a balance bike.

Balance bikes did not exist when I learned how to ride a bike, and these things are a game changer when it comes to teaching your kid how to ride the real thing. A balance bike is just a bike without pedals. Your tyke sits astride it with her feet touching the ground, and uses those feet to propel herself. When the bike gets some momentum going, your kiddo lifts her feet for a smooth glide.

Befitting their name, balance bikes teach what is probably the most important skill for riding a real bike: balance.

Because they lack training wheels, balance bikes allow your kid to take sharper corners, and feel what it’s like to lean to the side when taking a turn, but not fall over. (Something you can’t achieve to the same degree on a bike with training wheels.)

We didn’t introduce Gus to the balance bike until he was five because they weren’t yet on our radar. If they had been, I would have introduced it earlier. It was definitely the thing that made bike riding click for him. We introduced the balance bike to Scout when she was three or so.

Now you could just go from the balance bike to a regular bike, but the transition is not completely seamless; while a kid who’s been practicing with the former knows how to balance, he hasn’t yet tried his hand (and foot) at pedaling upright and braking.

That’s why it’s effective to have your child use a balance bike and a regular bike outfitted with training wheels at the same time (well, not exactly at the same time; that would be a circus-worthy act). Our kids would toggle between the two (and Scout would also return to her scooter and Big Wheel), depending on their whim that day.

After cutting their teeth on scooters and Big Wheels, and then playing around with balance bikes and training-wheeled bikes, both kids just naturally reached a point where they felt ready to put the former aside and take the safety net off the latter.

The transition to riding a regular two-wheeled bike was seamless for both of our kids. I didn’t hold onto the seat or handlebars, run alongside the bike, or really provide much in the way of coaching. Gus and Scout just jumped in the saddle, and started pedaling away on their own. No crashing. No tears.

If all that seems like a lot of little vehicles to buy in order to get a kid riding a bike, keep the following in mind:

In other words, the only “extra” equipment you need for this process — the stuff you wouldn’t have gotten anyway — is the balance bike or the training wheels (you pretty much need one or the other to teach a kid to ride a bike), and if you ask around you’ll likely find someone willing to lend or give you this equipment.

Your kids will have plenty of reasons to play outside as they have fun on multi-wheeled rides, and will easily take to riding a two-wheeled bike; you’ll need to do little to nothing to get them to that point. It’s a win all around.

If there’s one downside, I almost kind of feel gipped out of a quintessential Dad experience! But I wouldn’t trade this process for a bumpier one. 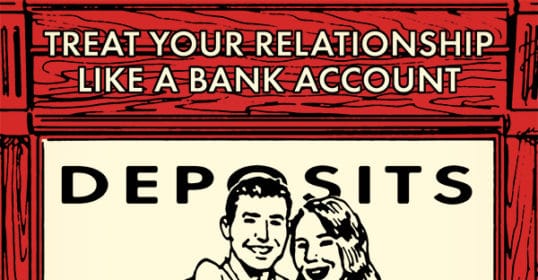