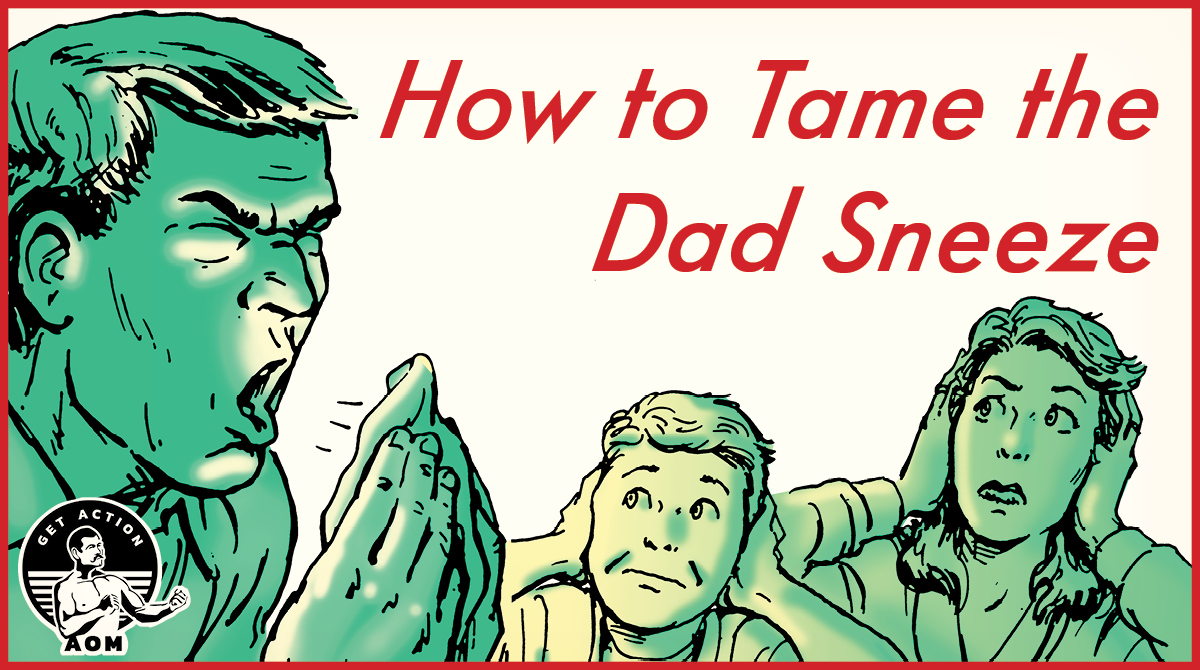 Kate and I have been happily married for over 15 years and have worked together on AoM for 13 of those years. But despite being around one another 24/7, we never get bored of each other nor do we get on each other’s nerves.

There has been one significant exception, one point of contention, however, over this decade and a half of otherwise wedded bliss:

The volume of my sneezes.

My thunderous sneezes drive Kate bonkers. She says they hurt her ears, and she tries to anticipate them so she can block the sound with her hands.

I know I sneeze loudly. My sneeze volume even hurts my ears. So I can’t imagine what it sounds like for someone else. I’ve also been embarrassed by my loud sneezes when they happen in public. After I unleash hell from my mouth and nose, heads swivel and people look at me like I’ve ripped a big fart.

To make matters worse, my sneezes come in pairs, and the second is often just as loud or sometimes louder than the first.

“Can’t you try to tamp them down?!” Kate will ask in exasperation after one of my ear-splitting sneezing fits.

“Sorry, no can do,” I reply. “It’s not possible to change your sneezes; this is just the way they are. And even if I could try to stifle them, doing so would probably give me an aneurysm, or something. You’ll just have to live with it — here, wear these noise-canceling headphones.”

Recently, however, I saw some members of The Strenuous Life discussing what they termed the “Dad Sneeze” in the forums (turns out I’m not alone in having this issue). And they attested that, in fact, the Dad Sneeze could be tamed.

Intrigued, I decided to investigate the question for myself. Here is my (unexpectedly full) report.

Why Men Tend to Sneeze Loudly

The loudness of a sneeze is determined in large part by the anatomy of the sneezer. Erich Voigt, an ear, nose, and throat doctor, explained in an interview that someone’s lung capacity, along with the size of their muscles, heavily influence the loudness of their sneezes.

So, I’m going to go ahead and flatter myself and say that my loud sneezes are due to being a big, beefy athlete. Alright!

Where you let the sneeze come out can also influence sneeze volume. According to Dr. Richard Harvey, another ENT, “If you sneeze through your mouth, it will be louder.”

Dr. Alan Hirch, a neurologist at the Smell and Taste Research Foundation, argues that our sneeze style and volume also have a personality component. Just as some people have a booming laugh, some people have a really loud sneeze.

In addition to these factors, culture may play a role in sneeze loudness as well. At least, that’s what sociologist Barbara Evers argues. In countries high on individualism, like the United States, men tend to let their sneezes rip. In countries that put an emphasis on conformity, like Japan, men tend to have quiet sneezes.

Should You Just Hold in the Sneeze?

Sneezing clears out irritants in our upper respiratory system and is considered an involuntary reflex. While you can’t control the spontaneous reflex to sneeze, you can hold the sneeze back with the pure force of willpower.

But should you? Or will holding back a Dad Sneeze result in bodily injury?

When you sneeze, air is released from your orifices at 40 mph. That’s pretty dang fast. And when you completely stifle this force — by pinching your nose or closing off your throat — the pressure created increases to almost 40X that of an expelled sneeze. All that energy has to go somewhere. I used to imagine the dynamic as being akin to what happens in those old Bugs Bunny cartoons when Bugs puts his finger in Elmer Fudd’s shotgun, and the gun blows up in Elmer’s face.

Well, according to Dr. Voight, that’s not actually what happens. The risks of holding in a sneeze are very low, and the occurrence of stifled-sneeze-related injuries is very infrequent — perhaps less than one in a million.

In those rare cases where an injury does occur, the damage can be severe; some people have broken ribs, blown eardrums, experienced eye injuries, and yes, even ruptured an aneurysm from holding in a sneeze.

Dr. Voigt points out that even in these exceptional cases, the victims likely had a preexisting, underlying issue that would have become a problem down the road anyway; the held sneeze was just the straw that broke the camel’s back.

So no, you shouldn’t worry too much about becoming seriously injured from holding in a sneeze. But there are other reasons that letting one sort of implode inside you isn’t ideal.

Restraining your sneezes can contribute to sinus infections. Remember, you sneeze to get rid of irritants and other stuff that shouldn’t be in your upper airway system. By not expelling them, you increase the chance of getting a bacterial infection in your sinuses.

What’s more, while holding in a sneeze likely won’t burst an eardrum, it isn’t a pleasant feeling. To me, it feels like a small explosion is going off in my head and it kinda gives me a headache.

For the above reasons, you shouldn’t try to completely hold in your sneezes. Instead, if the volume of your sneezes is causing an issue for you (or for your partner), you should simply work to mitigate the problem. Here are some techniques that help in this:

Reduce the Frequency of Sneezing

The first step to taming the Dad Sneeze is to simply sneeze less. But this can be easier said than done.

I’ve got terrible allergies. And when you live in Oklahoma, that’s a recipe for misery. Tulsa ranks 23rd in the nation for the most challenging place to live with allergies. In the spring, you get hit with all the pollination that happens in that season, and then in the fall, you get gobsmacked with ragweed pollen and “cedar fever.” For about six months out of the year (three in the spring; three in the fall), I’m a sniffling, eye-watering, sneezing mess.

To reduce my sneezing, I regularly take allergy medications during allergy seasons. What works for me is popping a daily Claritin and spraying my nose with Flonase in the morning.

Besides seasonal allergies, I’m really allergic to dust mites. So I try to be extra careful about dust-busting and I sometimes run an air filter near me.

When You Feel the Need to Sneeze, Keep Breathing Normally

Alrighty, so you’ve taken steps to reduce the amount you sneeze. What can you do, short of holding back a sneeze, to make your sneeze quieter?

When you feel the need to sneeze, you get a reflex to take a big breath and then to hold it right before you release the big “AH-CHOOOO!” And according to Dr. Harvey, the longer you hold your breath before a sneeze, the louder and more dramatic your sneeze will be.

One technique to dampen the Dad Sneeze is to resist this reflex and just keep breathing normally when you feel the urge arise.

I picked up this tip from TSL member Rene Gyldenlund who picked it up in medical school. He theorizes that when you continue to breathe normally when you feel the urge to sneeze, it shuts off the irritant receptors and curbs the sneeze reflex. It may also be that in not taking a big breath and then holding it in, you have less air in your lungs to expel.

I’ve put this hack to use, and it does work. Sometimes it completely eliminates the need to sneeze, but usually, it just diminishes the loudness of the sneeze.

It takes some practice, though. Old habits die hard. I’m so used to taking in a deep breath and holding my breath before I unleash fury that it takes a bit of willpower to just keep breathing normally when the sneeze reflex kicks in.

TSL member Rafael Ibanez has had success with a technique which may kill the urge to sneeze altogether. The trick here is timing, he says, as “It doesn’t work too early.” Wait until “after the last ah ah ah ahhhHHHHHHH and then right before [you sneeze], at the last second, swallow.” Rafael says that “for me at least, the sneeze goes completely away.”

I looked around online to figure out why this might work and couldn’t find anything. My guess is that swallowing before breathing does something similar to just breathing normally when you feel the need to sneeze: it’s a distraction that dampens the sneeze reflex.

Sneeze Through Your Nose 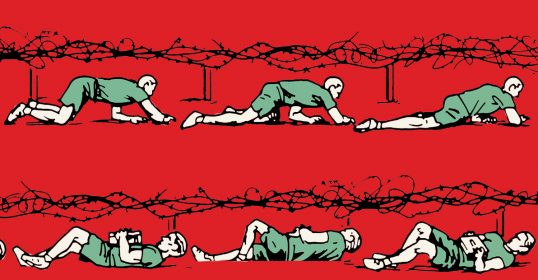 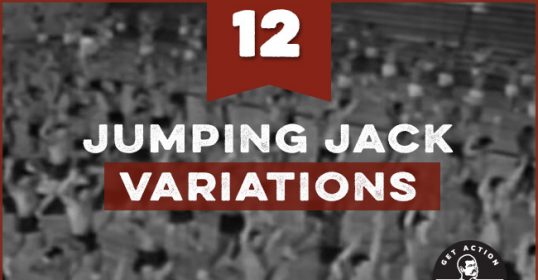 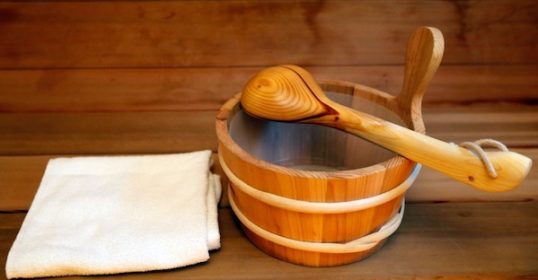 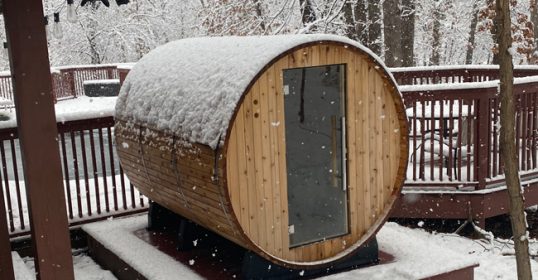