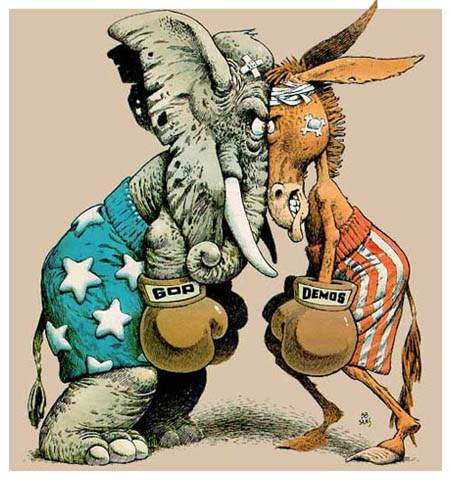 Kate’s grandpa is fond of repeating the mantra he and his fellow sailors repeated while serving aboard the USS Indiana during World War II: “Never discuss politics or religion.” And he always adds, “So what does that leave to talk about? Girls, of course.”

Gramp’s advice is certainly appropriate if you’re going to be trapped on a ship with the same guys for months on end. And it’s a rule of good etiquette for dinner parties and other occasions when polite decorum should prevail.

But otherwise, politics should be debated, vigorously and often. Men in every age debated politics — from the Grecian Assembly to the Roman Forum, from the salons of France to the mutual improvement societies of colonial America. Being able to reasonably discuss the political issues of the day was considered a vital and essential part of being a well-rounded, well-educated, man. Indeed, one of the express purposes of education during this time was to equip men to be able to hold their own in the political forum.

These days, rousing yet respectful political debate is practically non-existent. The new media, far from presenting balanced, in-depth coverage of the important, meaty issues of the day, spend their time constantly regurgitating manufactured scandals and fanning the flames of personality contests. Debates between men in person, and especially on the internet, quickly devolve into indignant shouting matches, where personal insults are substituted for rational arguments.

That’s not to say that our manly forebearers were the paragons of respectful debating. They too would often let their passions get away from them and unleash oratorical hell on their opponent. For example, during his days as a young state assemblyman in New York, Teddy Roosevelt would frequently lose his cool during debates on the Assembly floor. He’d call his opponents “cold blooded, narrow-minded, prejudiced, obstinate, timid, old psalm singing Indianapolis politicians” or “oily-Gammon, churchgoing specimens,” or simply “classical ignoramuses.”

Young Roosevelt quickly became the laughing stock of the Assembly and of the state newspapers with his outbursts. After bitterly insulting a senior assemblyman, Roosevelt was rebuked severely, and tearfully apologized for his unbecoming behavior. He soon learned to control his temper and direct his passion towards more constructive debate as opposed to petty insults.

Unlike men from the past, today’s men are unapologetic about their undisciplined, discourteous political rants. Men need to learn how to bring back vigorous, yet civil political discourse. Here are a few suggestions on how we can.

Disagreement in politics does not a pinhead make.

When it comes to debating politics, men often create the following faulty syllogism:

This is what essentially lies at the heart of nasty political discourse. And it’s surely a tempting conclusion to make. But take a step back. Does your “opponent” show other signs of being a feeble-minded moron? Did he graduate from college? Does he have a good job? Does he seem able to function as a normal adult? You know, dress himself, feed himself, and refrain from drooling? Probably so. He’s probably not an imbecile. He just feels differently than you do. He was raised in a home by parents with certain beliefs. He’s had life experiences that are divergent from yours. His faith or lack thereof has shaped him in ways that yours hasn’t. Now, once you have established that your friend is not a pinhead, you can begin to have a polite debate.

Try your darndest to see the other side.

When you passionately believe in something, it can seem nearly impossible to even conceive how another person doesn’t see things the same way you do. But since we’ve established that having a divergent political belief does not a pinhead make, you should be duly curious about why your friend feels the way he does.

Dispense with the the how and why questions. Questions like, “How could you possibly believe that?” and “Why can’t you see how wrong you are?” won’t get you anywhere. Instead, pose “what” questions: “What makes you feel that way?” “What has led you to come to that conclusion?” Be earnestly and sincerely interested in what the person has to say. Do not ask these questions as way to dig up material to pounce on and attack. Take the time to really understand their sides of the issues.

Consume media that presents news from both sides. Why has political debate become so polarized and rancor-filled? Look no farther then the current state of the media. Instead of modeling the art of healthy debate, news shows are political theater, filled with talking heads shouting over each other and licking their lips over the chance to cut someone down.

It’s also no secret that various media outlets give the news with their particular political slant. If all you consume is media from one particular source, a source that affirms and flatters your already preconceived beliefs, then you’re never going to be able to see the other side and will end up just another schmo contributing to the untimely death of respectful political debate.

Let’s face it: we all love to see our guy sticking it to the other guy. We love to see the commentators rip into the hypocrisy and inadequacies of the other party. It makes us feel good about ourselves and flatters our world view. But it’s dangerously narrow-minded. Men back in the day didn’t just read tracts and attend speeches of people with whom they agreed. They eagerly consumed what their opponents had to say as well. You must make an effort to read, listen, and watch news that may make your blood pressure soar, but will leave you better informed and ready to make fair assessments. If you’re a devoted Bill Maher fan, tune into Rush every now again. If you usually only read the National Review, spend some quality time with Mother Jones as well.

Concede a point where appropriate.

Unless your friend really is an obtuse Neanderthal, he’ll probably say a few things that you actually agree with. A badger of a man will let these things pass by without a word, believing that to concede any point is to show weakness. An intelligent and secure man is able to say, “Yeah, that’s a good point. I hadn’t thought of that.” Even if you don’t agree with something, at least pepper your discourse with the occasional “I understand why you feel that way,” and “I can see that.”

Even if you and your friend are on opposite ends of the spectrum-he sleeps with O’Reilly’s Culture Warrior under his pillow and you have a signed photo of Keith Olbermann on your wall, there will always be a couple of things you can agree on. Even if it’s banal generalities like “Washington is broken,” you can agree on that and then civilly present your varying perspectives on how it should be fixed.

The man who is insecure with the simple, bare validity of his argument will be tempted to resort to inflammatory language and insults. “McCain is a philandering, lying, corpse of a man!” “Obama is a pointy-headed, liberal elitist, and a terrorist to boot!” Such language only produces rancor and will quickly steer the debate into a pointless shouting match. Present you points in a calm, well-reasoned manner.

Stick to the facts.

Only bring to the table those facts which have been thoroughly vetted as true. Information culled from emails forwarded to you by Aunt Gertie, articles from the National Enquirer, and stories from a pirated radio broadcast you listened to at 4 in the morning do not count. How you and your friend interpret the facts will of course vary, but you must at least be debating accurate information as opposed to rumors and slander that no one can really prove or argue against. 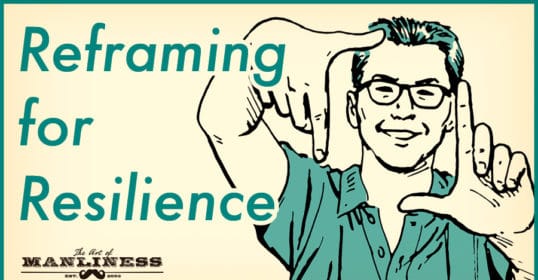