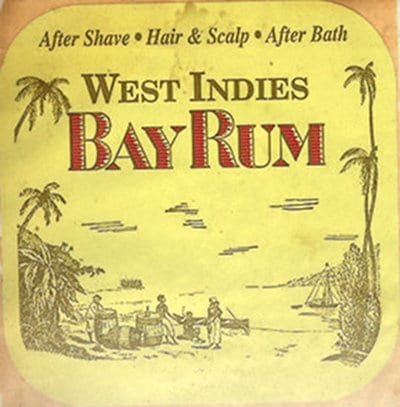 When we did our post about 15 manly smells a few months ago, several of you chimed in that bay rum should have made the list. For the uninitiated, bay rum is a fragrance that’s often used in aftershave lotion and shaving soaps. West Indies bay leaf, spices, and Jamaican rum, combine to give the bay rum fragrance its distinctive woody, sweet, and spicy scent. Because of its island flavor, bay rum is a great summertime scent, but it’s a fine fragrance to sport year round.

The history of bay rum is as manly as it smells.  Sailors in the 16th century discovered that the West Indies bay leaf made a great perfume to freshen up and mask the stink they acquired while being stuck on a ship for months. To apply the scent to themselves, the sailors would rub the dry leaves on their body, thus leaving the fragrant oil on their skin. While sailors were rubbing leaves on themselves, farmers were cultivating boat loads of sugar to be shipped back to Europe. A few enterprising plantation slaves discovered that molasses, a by-product of sugar, could be fermented into a sweet alcoholic beverage. Brewers on the islands took the slaves’ crude  recipe, distilled it, and made it 10 times stronger, thus creating the rum we know today.

Tired of having to rub bay leaves on himself like a weirdo, some sailor got the idea that rum would make a great liquid to steep the bay leaves in to extract their essential oils and make an easy-to-apply cologne. And with that, bay rum was born.

Islanders took this basic recipe and began adding their own olfactory flourishes by mixing in cloves, citrus rind, and cinnamon.

From the West Indies the scent spread to the rest of the world and became popular among men as an aftershave scent. Barbershops in America developed their own unique version of bay rum aftershave to slather on their patrons so they walked out smelling awesomely manly after getting their straight razor shaves. And if you check the medicine cabinets of men born before 1950, there’s a good chance you’ll find a bottle of bay rum in it.

While bay rum waned in popularity after World War II, the renewed interest in traditional wet shaving has brought it back to its throne as the go-to scent for old-school manly men. You can find bay rum at most drug stores or department stores for about $10. But why buy it, when you can make your own just like the 16th century sailors did? In this article, we’re going to share two recipes for bay rum aftershave. The first comes from a recipe that I’ve seen floating around on various wet shaving communities like Badger and Blade and the second comes from an 1866 barbering guide.  Enjoy!

Combine all ingredients in a container such as a bottle or mason jar with a tightly fitting lid. Put the closed container in a dark, cool place (not in the refrigerator) for two weeks. This allows the alcohol to extract the essential oils from the bay leaves. After two weeks, strain the mixture through several layers of coffee filters. If necessary, repeat until no residue remains. Put in a nice bottle and splash on face after shaving.

I found this recipe in an old barber’s manual from 1866. This recipe calls for a bay laurel oil. The bay laurel is different from the pimenta racemosa leaf that is traditionally used in bay rum, so this recipe will smell a bit different, but it still smells good. You can buy a bottle of bay laurel oil online or at a aromatherapy store in your area for $20-$30. While a bit pricey, you don’t have to use too much, and it makes several batches.

Combine all the ingredients above and strain through several layers of coffee filters or cheesecloth. Store in a bottle. You’ll notice that this recipe doesn’t call for letting the mixture sit for two weeks before using. Since we’re using oil of bay laurel and not the leaves, you don’t have to wait for the oils to be extracted from the bay leaf. You can use this concoction immediately after you make it. Instant gratification!

You can customize your bay rum aftershave to your liking by adding different spices and scents. Some suggested scents to add are juniper, lavender, rosemary, allspice, and cinnamon. Have fun! 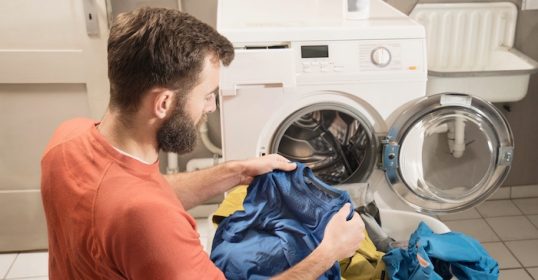 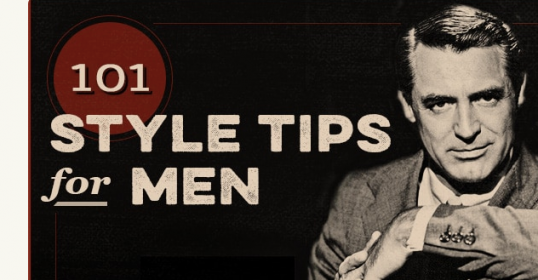